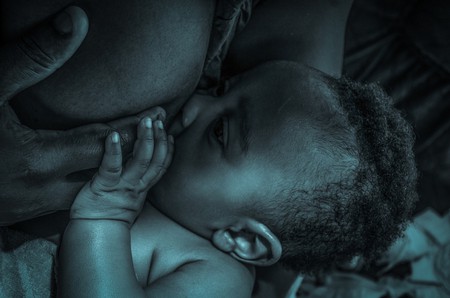 Breastfeeding has numerous health benefits for both mom and baby, but the perception that breast milk will somehow make your baby smarter takes center stage in a recent study from researchers at University College Dublin.

New research, published in the journal Pediatrics, followed 8,000 babies in Ireland and found that those who were breastfed for at least six months outpaced their peers who weren’t when it came to hyperactive behavior. However, that was only in the short term. By the time those same babies made it to five years old, the playing field had leveled.

These findings don’t mean that breastfeeding doesn’t have numerous health benefits. According to the U.S. Department of Health and Human Services (HHS), babies who are breastfed have a lower risk of childhood obesity, eczema, allergies, asthma, and type 2 diabetes, among other things. Breastfeeding builds babies’ immune systems and makes them less susceptible to virus and disease. For breastfeeding moms, they lose pregnancy weight faster, have lower risk for breast and ovarian cancer, and are less likely to have type 2 diabetes.

“The easy question — do kids who are breastfed have better outcomes? The answer is yes” said one CNN contributor. “The difficult question is: is it breast milk that improves their brain or is it that growing up with parents who are better educated and have better incomes makes a difference?”