The Best Things to See and Do in Ranelagh, Dublin 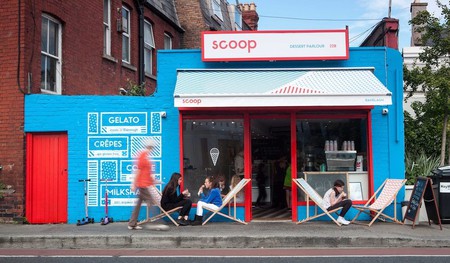 A popular, leafy and upmarket corner of Dublin, Ranelagh is a central suburb that sits within walking distance from all the city’s main sights, and one of the most expensive areas in Ireland to bed down. It has an interesting history, with battles over Irish sovereignty taking place here as early as the 17th century. The suburb was also the launching location of one of the earliest manned hot air balloon flights, way back in the 18th century, with the balloon heading across Dublin Bay to Clontarf.

You’ll be stepping in the footsteps of a host of historical figures as you stroll the village and take in Ranelagh’s best. Today, it’s glistening and pricey. Here are our tips.

Ranelagh was recently labelled ‘the Brunch Capital of Dublin’ by local publication The Journal, and has plenty of great spots to indulge your inner Sunday morning. Dillinger’s does an astonishing chicken and waffles dish (it’s better than it sounds), while Nick’s Coffee Company, Cinnamon and Er Bruschetta offer less imaginative but nevertheless extremely sumptuous alternatives. The Exchequer has a bottomless prosecco brunch for €15. Then there’s the vast abundance of pubs opening early to do brunch or lunch. 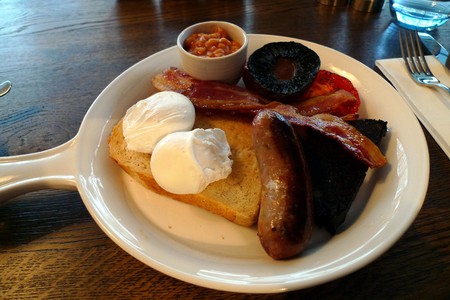 Yes, okay, ‘go for a walk’ might not be the most exciting piece of advice about a new place, but Ranelagh is fantastic to explore, with even a glance above the ground floor of the shopping streets revealing shapely, ageing brick buildings. Get away from the centre of the village, and you’ll find wide, leafy streets where the average property is comfortably in the million-Euro range. A glance at how the other half lives, then; it’s all kinds of charming, and extremely photogenic.

Drink outside The Barge

Ranelagh sits close to the Grand Canal, a looping arch of water around the city popular with walkers, joggers and the occasional hotel and pub goer. The Barge is a small pub close to the lochs as you stroll in from Ranelagh towards the city, and in the summer the grass and canal banks outside become something of an unofficial party hub. It’s worth noting that it’s actually illegal to publically consume alcohol in Ireland, though this is one of the spots where the law is conspicuously ignored as hundreds of 20-somethings descend with bags of cans to chat and have during the longer evenings. It makes for a nice way to get involved in the local nightlife scene right at the roots. It’s a top pub, too. 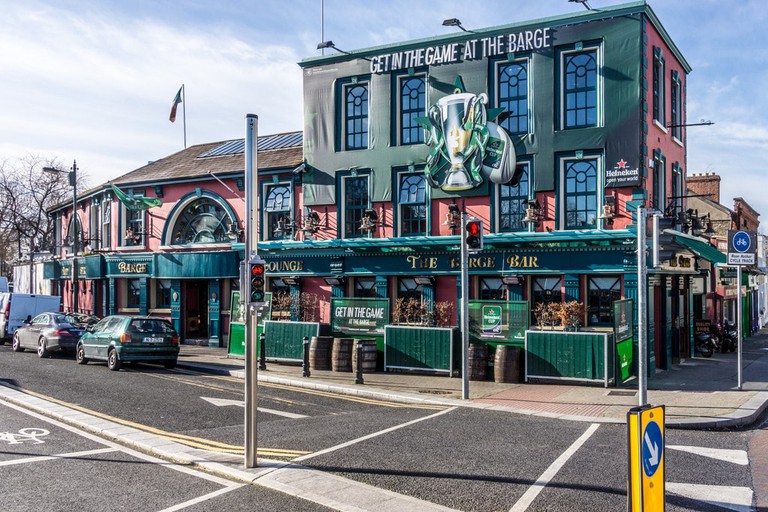 Ireland isn’t known for its ice cream, but it should be (check out Murphy’s, a company obsessed with surreal flavours, from Dingle in County Kerry, for proof). Scoop doesn’t have quite the originality that Murphy’s manages, but it’s a great summer spot, and even does delivery through Deliveroo. In the shop, you’ll find ice cream served with crepes in some interesting flavours, and a popular coffee menu. Check out the sea salt caramel, Oreo sundae and the option to add melted Nutella as a lush, sugary sauce.

Check out the street art

Dublin is a surprising hub of street art, which is broadly accepted in the capital providing it’s reasonably well done (tagging tends to be unpopular; it’s more about murals and symbolism). While The Liberties – particularly Francis Street and the Tivoli Theatre car park – are probably the heart of the movement, Ranelagh has a lot of classy murals that you’ll have no trouble picking out both in the village, and as you walk through. Look out for work by politically influential artist Maser, who’s a regular around here. 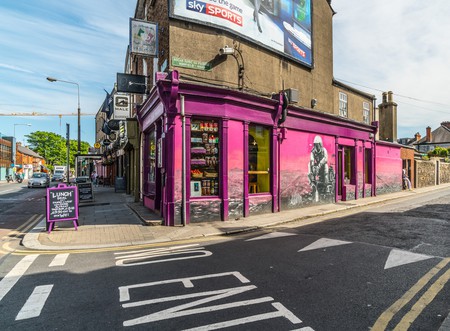 Drop in on The Hill

One of our favourite Dublin pubs, The Hill takes the current local trend for craft beer and runs with it in a big way. Their huge selection of draft brew typically includes anything from intoxicatingly strong IPAs to unusual fruit-based sour brews, all served in a local bar that’s embedded in the community, and far from the Temple Bar tourist crowds. If you’re staying near Ranelagh and feel like a quiet couple of pints, this is the spot to head for.

Cricket is very much an emerging sport in Ireland, and the country recently made a major breakthrough at international level in obtaining test status, the first new country to do so in some time. Of the international players who don’t play in England or farther afield, most play for the east coast provincial team Leinster, based just outside of Ranelagh. Crowds are still in the hundreds even on a good day for the local league, but for anyone with more than a passing interest in the sport, this is a great chance to see some name players perform outside of the spotlight.