The Best Things to See and Do in Dundrum, Dublin 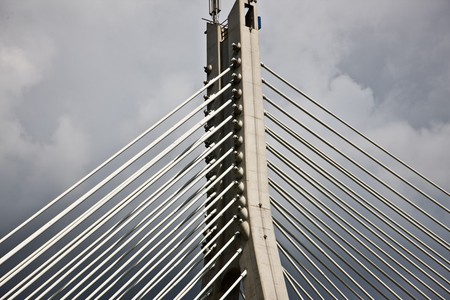 Dundrum was once a relatively sedate south Dublin suburb, a quiet corner home to future Tour De France stars Nicholas and Stephen Roche. Things changed dramatically with the construction of the city’s popular luas (tram) system running right through Dundrum’s heart, as well as the Dundrum Town Centre, which opened in 2005 as Ireland’s biggest shopping centre. It’s now a shopping heartland, a modern-feeling spot that’s in demand with new arrivals to the city, and frequented regularly by a huge number of locals. The shopping centre is at the very core of Dundrum’s offering, naturally, but it’s not the only thing to do in Dundrum. Read on to find out more.

An unlikely urban farm located in the heart of Ireland’s capital, Airfield is something of an unheralded gem, known to locals but bypassed by most tourists. It’s based in the ground of a grandiose mansion, but its the milking of cows, squawking of chickens, elegant horses and ample kiddies’ play areas that draw the crowds. There’s a great café-restaurant, a garden centre and a little gift shop, too, and lots of themed events throughout the year, including the odd food festival. Check out all the goings-on around holidays like Halloween and Easter in particular.

Head to the Mill Theatre

Just outside the Dundrum Shopping Centre, the Mill Theatre is a moderately sized but impressively laid-out theatre that puts on a mixed bag of shows, taking in locally written plays, kids’ entertainment, international touring acts and the occasional classical concert. It’s a nice addition to a local night out, with restaurants and bars plentiful nearby, and occasional romantic concerts taking place by candlelight. There’s also a petite but attractive art gallery to explore.

Like a lot of cities, Dublin’s key shopping places are a blend of the city centre and a number of out-of-city hubs that offer more affordable access and space for stores to set up. Dundrum Town Centre is one of the latter, though it’s quickly taken on a high-end and designer-infused feel, with stores including Hamley’s, Kiehl’s, Molton Brown, Cath Kidson, Pandora and Ernest Jones as well as more regular high-street outlets. There’s also a cinema, ice skating (winter only), and plenty of restaurants in the pleasant outdoor section. While the Dundrum area far pre-dates the Town Centre, when most Dubliners refer to Dundrum, what they actually mean is this place.

While Dundrum Town Centre is crammed to the gills with high-end food retailers, restaurants and an abundance of doughnut stores (pricey, luxurious doughnuts are the latest Dublin fad), a stroll out to the Sandyford Road brings you to a shopping street that’s a little more down to earth, whilst still having all the advantages of being in a relatively opulent part of town. That means excellent, well-stocked charity stores, including an Oxfam and the Dundrum Village Charity Shop. Between them, they’re great for books, media, clothes, furniture and toys.

Drink in the best cocktail bar in Leinster

Candlelight Bar has taken home regional awards for the quality of its mixes, grabbing the Leinster ‘best cocktail’ award in November last year. The classy late-night piano bar is a place to get dressed up and indulge, and even offers al fresco boozing (a summer-only activity in Dublin) on their grass balconies. Their cocktail offerings include the flower bonbon cocktail and the smoky ‘Campfire’ cocktail, the latter served up in a treasure box. It sits above classy Thai restaurant Siam Thai, which is known for its red, yellow and green curries. Below, one of their staff presents his view on Dublin.

Send the kids on a survival course

Surprisingly, Dundrum is a great spot to give your children an outdoor-living education. OWLS Survival Experience in Fitzsimons Wood in Dundrum challenges kids as young as four to build shelters from limited material, light a fire and then cook on it (marshmallows, naturally). It’s designed for parties, but a great experience for anyone who can get together a small group of kids to head for the less boutique side of Dundrum, wellies in hand. Book early, as these courses are in extremely high demand.

Check out the fairy tree in Marlay Park

Marlay Park is just outside Dundrum, but easily walkable from the suburb. The chunky south-city park isn’t quite on the scale of Phoenix Park to the north of the city, but does have a number of assets worth exploring, from Ireland’s biggest weekly Parkrun (every Saturday morning) to regular pop-up Irish-speaking zones, and huge summer concerts. Our favourite, though, is to be found there every day. Deep in the park, you’ll find a decorative fairy tree, carved with fairy doors and windows and decorated in beautiful strips of fabric and with notes from children. A little glance into Ireland’s mystical past, it’s charming and heartbreaking (the latter through reading some of the emotional wishes) at the same time.