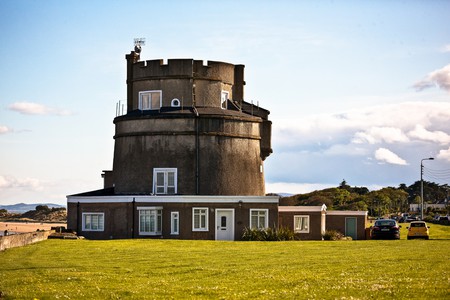 Ireland’s circular Martello towers were built as defensive outposts against invasion of the British Empire during the 19th century. Of the approximately 50 total towers erected in Ireland, most were positioned along the east coast, particularly around Dublin Bay. Today, around 21 still stand in the county of Dublin, remaining popular tourist attractions.

The ‘bombproof’ Martello towers of the United Kingdom and its former colonies are important remnants of European history. They were constructed in response to fear of invasion by the revolutionary leader and Emperor of the French, Napoleon Bonaparte, in the early years of the 19th century. At the time the First French Empire had already won battles against mainland European countries like Austria and Portugal, leaving only the British fighting against them. 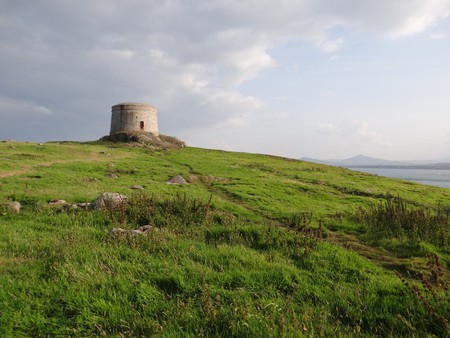 Under King George III, the British raised Martello towers to guard the Irish coastline, with the majority located around Dublin Bay from Howth Head to Dalkey. Here, a chain of twenty-six of them were built in sight of one another, facilitating communication between the military personnel stationed there. The towers were modelled on the Tour de Mortella, a circular fortress that the British had tried and failed to penetrate at Mortella Point in Corsica in 1794. 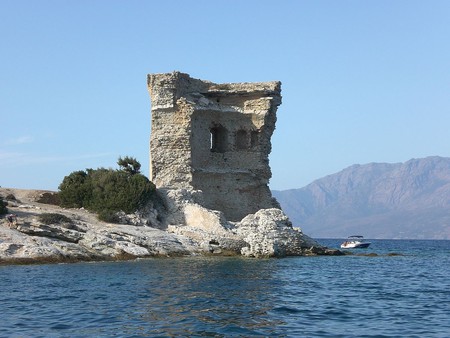 Standing up to 40 feet high with walls up to 13 feet thick, the Martello towers could withstand cannon fire. Their flat roofs had a platform for a pivoting mounted cannon, and the walls were fitted with slits for musket fire on approaching attackers. Entrances were raised around 10 feet above the ground and reached by ladder. Some were further protected against approach by moats.

The Martello towers became outdated with the increased development of hand-held firearms later in the 19th century. Some fell into disrepair, but many of the Dublin towers have been preserved as residences, guest houses or museums. The distinctive Martello tower at Tara Hill, Killiney Bay on Dublin’s southern peninsula – known as Martello Tower South Number 7 – is now privately owned, but has been carefully restored and features a working cannon as well as a coach house and gunner’s cottage. It can now be rented as an event venue. 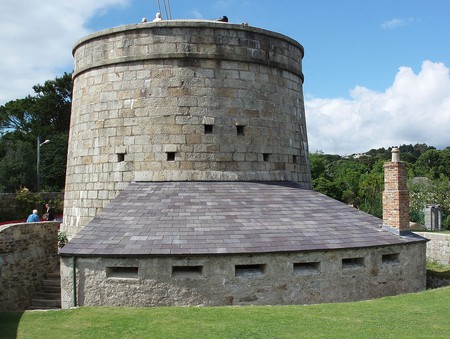 Renowned Irish novelist James Joyce stayed at the Martello tower at Sandycove, near Dún Laoghaire, for several days prior to writing Ulysses, and used it as a location in the famous novel. It has since been converted into a museum dedicated to the writer. U2 frontman Bono owned and lived in a tower in Bray, County Wicklow, in the 1980s. Tower North Number 1 at Sutton on the Howth Head peninsula is now a luxury holiday home, while Martello Tower North Number 2, one of Howth village’s Martello towers overlooking the harbour, has been made into a vintage radio museum. 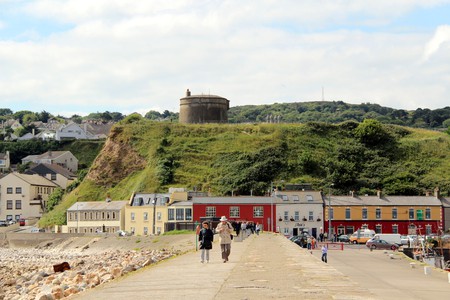