A Visual Tour Of Dublin's Most Historic Squares

Designed for use by wealthy residents during the period of development known as Georgian Dublin, many of the city’s historically exclusive garden squares have become amenities for all, from considered memorial gardens to sprawling public parks.

Construction of Mountjoy Square began in 1790 under developer Luke Gardiner, who was responsible for the majority of Georgian buildings on the city’s north side. According to John Heagney’s book on Georgian Dublin squares, Mountjoy is the only one that is authentically square, each of its sides measuring 140 metres exactly. Once the ultimate Dublin address, Mountjoy Square housed leading political and religious figures in its early years but fell out of favour once the southern squares were built. 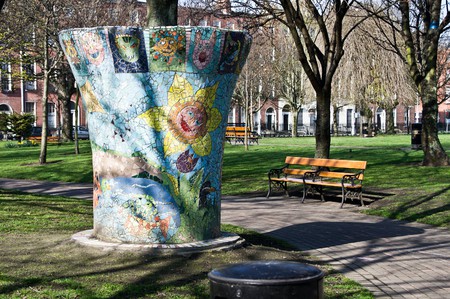 Parnell Square is the oldest of the city’s five Georgian squares. Originally an expanse of pleasure gardens created by the Irish surgeon Bartholomew Mosse to fund construction of the Rotunda – one of the world’s first maternity hospitals – the square ultimately became surrounded on three sides by new townhouses built during the initial Georgian construction boom. Named Rutland Square, it was later renamed after the Irish nationalist politician Charles Stewart Parnell. Today it contains The Garden of Remembrance, a memorial to those who died during the Irish fight for independence.

The largest of the Georgian Dublin garden squares, St. Stephen’s Green covers 22 acres and includes a large lake. First opened to the public in 1880 – under the direction of Arthur Guinness – it was used as a position by Irish rebels during the Easter Rising 1916, led by Commandant Michael Mallin and his second-in-command Constance Markievicz. The park contains a bust of Markievicz, as well as several other memorial statues. 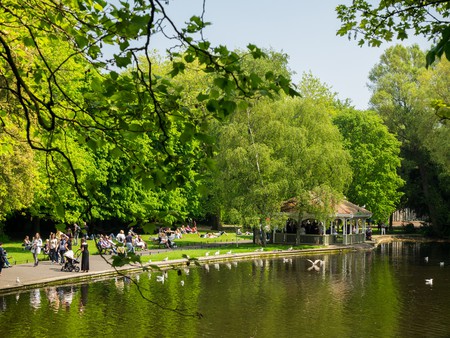 Surrounded by rows of identical Georgian redbrick townhouses, Merrion Square was once home to such auspicious Dublin residents as W. B. Yeats, Daniel O’Connell and Oscar Wilde. Its northwestern corner houses a statue of Wilde perched on top of a 35-tonne white quartz boulder from the Wicklow Mountains. Situated directly opposite his former home, the statue is flanked by a pillar with a bronze rendering of his pregnant wife Constance Lloyd and one featuring a male torso. 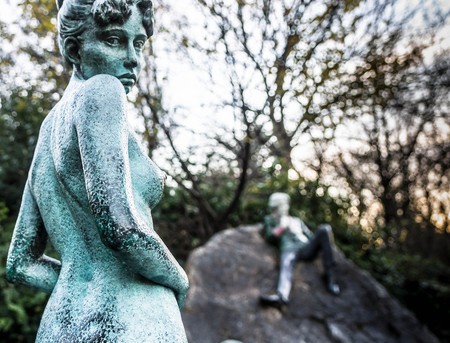 The youngest of the five Georgian squares, Fitzwilliam Square was laid out in 1792 and named after the man who developed it, the Irish Viscount Richard FitzWilliam. Once an integral part of the annual Irish aristocratic social season, Fitzwilliam Square is home to the most photographed of all of Dublin’s famous Georgian doors at number 46. But according to Dublin City Council, the door is actually Edwardian, having been installed almost a century after the end of the Georgian period. 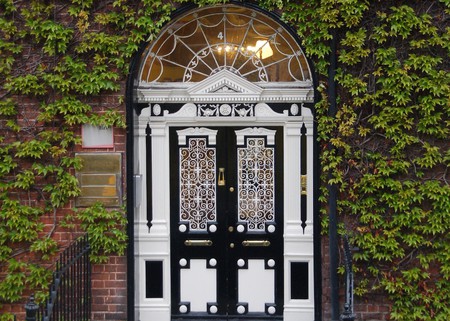 Named after the Irish revolutionary Theobald Wolfe Tone, Wolfe Tone Square is on the site of a former graveyard – deconsecrated in 1966 – that was the burial place of philanthropist and founder of Mercer’s Hospital Mary Mercer (died 1734), the philosopher Rev. Francis Hutcheson (died 1746), and other prominent figures. Just off the busy Henry Street shopping area, it can be found next to the former St. Mary’s Church, which has also been deconsecrated and converted into a pub and restaurant. The square now holds The Tram Café, located inside a restored tram originally built in Philadelphia in 1902. 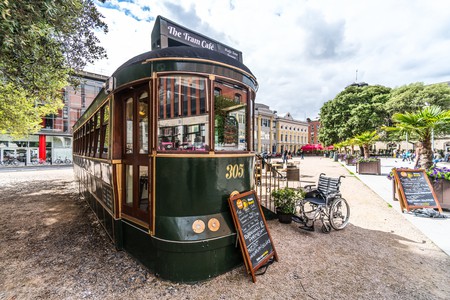