A Viking Village Has Been Discovered in This Picturesque Irish City 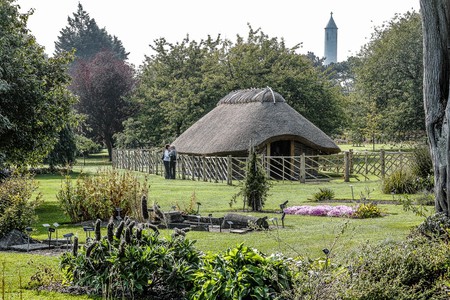 While perhaps not well-known outside the Emerald Isle, Ireland – which won its independence from the UK in the early 1920s – had yet another invader pre-dating the British Empire. The city of Dublin, for example, was founded as a Viking settlement, and the presence of Viking occupiers in the country was common right up until the 12th-century Norman invasions, influencing local culture and architecture as well as establishing settlements.

That has some varied consequences for the numerous parts of the country it impacts, from the surprisingly frequent uncovering of the remnants of old settlements and a vast horde of relics in the national museums to some more practical difficulties, like the frequent delays to building projects caused by the discovery of the aforementioned relics.

Dublin and Waterford have long been acknowledged as perhaps the two most important Viking areas in the country, but the southern city that dubs itself the ‘real capital’, Cork, is coming up fast on their coattails, and a new discovery is cementing the city’s claim to be of substantial Viking-era significance.

The new site was revealed in early 2018, around Cork’s Main Street on the site of a former Beamish Brewery, and is said to contain Viking relics significant enough to justify three different dig sites.

There are doubts about the ability to publically display the foundations that are being excavated, however, so future draws may be limited to the items that can be removed from them. Archeologist Joanne Hughes reported that it was questionable whether the surviving stone walls and foundations will ever be capable of being put on display due to the unfavourable tidal and environmental conditions on the banks of the River Lee. 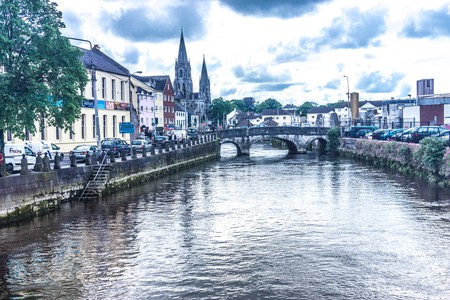 The River Lee in Cork, near the site of the recent Viking settlement discovery | © William Murphy/ Flickr

The site is thought to represent the earliest evidence of the existence of a settlement in Cork, dating back to approximately 1070 AD, 30 years before the earliest previously recorded developments in the city. They also pre-date the earliest recorded Viking presence in Waterford, popular with Irish history lovers.

So far, the site is said to have yielded a wooden weaver’s sword, a wooden saddle pommel and a wooden thread-winder, all said to be in excellent condition, but it’s reasonable to assume that as its further excavated, plenty more will be unveiled.

An events centre that had been planned for the site must now have its design adjusted to take into account the need to protect the structures.

Access to the relics of any kind for visitors (or to anything further that’s discovered among them) has been muted for no earlier than May 2018 at Cork Public Museum, though no formal arrangements are yet in place. The actual site is likely to remain under lock and key until the (adjusted) planned structure is built. Clearly, Cork is very much a ‘watch this space’ spot for Irish history lovers.