A Historical Tour of Georgian Dublin 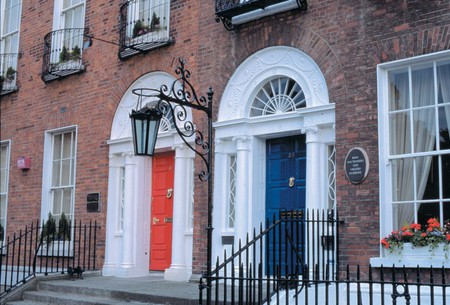 The term Georgian Dublin carries political as well as historical weight – and while its most basic definition refers to an architectural style, a more in-depth look reveals layers of a complex history of oppression. Join Culture Trip on a tour of Georgian Dublin to find out why.

Referring to both the period of Dublin’s redevelopment during the 18th and early 19th centuries and the distinctive architecture that resulted from that phase of regeneration, the term Georgian Dublin has a lot of meaning. The official Georgian period stretched from the beginning of the reign of King George I of Great Britain and Ireland, in 1714, until the end of King George IV’s reign, in 1830.

During this time, Dublin’s Wide Streets Commission was overhauling the city’s medieval layout, while 18th-century property developers began building residential areas outside the existing city centre. Pre-industrial revolution development was strictly regulated by each precinct in terms of design, leading to pockets of architecture throughout the city that echoed the symmetry of the European Palladian style and became known as Georgian.

Among the first areas of Georgian development was Henrietta Street, a wide street of palatial red-brick homes on the city’s north side. It was developed during the 1720s by Luke Gardiner, an Irish property developer and politician who later designed the nearby Gardiner Street – one of several Dublin streets named after developers of that time. Renowned architect James Gandon’s King’s Inns building, a training facility for barristers, was a later addition to Henrietta Street, completed in 1816. 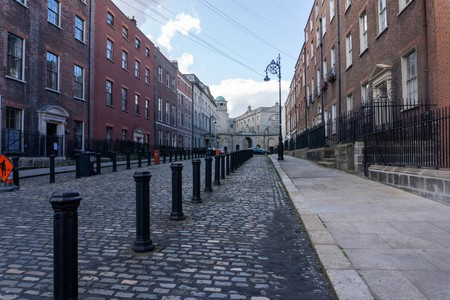 More of the city’s north side was then developed, led by Gardiner and his descendants, who owned the majority of that land. Large-scale Georgian homes were constructed around Rutland Square (now Parnell Square) and Mountjoy Square (named for Gardiner’s grandson, the 1st Viscount Mountjoy). This residential area soon became the most sought-after in the city for judges, barristers and the wider Church of Ireland elite. At that time, Irish Catholics were still heavily discriminated against through the remnant penal laws and other restrictions placed on them by British rule.

The Georgian north fell out of favour almost as quickly as it had achieved its superior status, simply because the Earl of Kildare chose to build his palace on the south side of Dublin. When Kildare House, now Leinster House, was finished in 1748, its grandeur led to a mass exodus of the upper classes to this new fashionable area. Three residential squares – Merrion Square, St Stephen’s Green and Fitzwilliam Square – were created in its environs in the following decades, while the northside Georgian buildings later became tenements for the city’s poor before falling into disrepair. 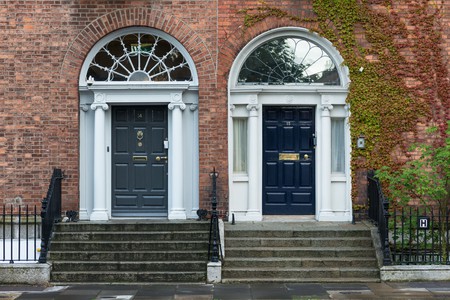 When Ireland achieved independence in 1922, the grand, former homes of the landed gentry were understandably seen by some as symbols of Irish oppression. With most Georgian houses already empty or turned into office space by then, plans began under De Valera (an Irish politician) to destroy Merrion Square entirely. Though these plans never came to fruition, the world’s longest row of Georgian houses on the south side of the square was split in half by the Irish government to be replaced by a new office block, and much of one side of Mountjoy Square was demolished during the 1960s and ’70s.

Today, Georgian Dublin is, for the most part, recognised as a valuable, tangible part of Dublin’s complex history; case in point, Leinster House is now the seat of the Oireachtas, the Irish parliament.