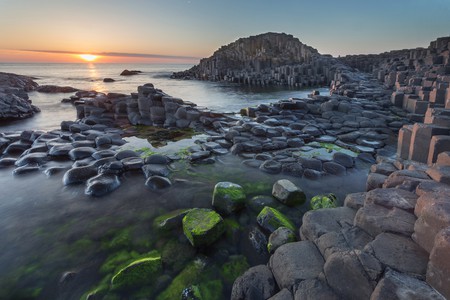 We caught a glimpse of Skellig Michael at the end of The Force Awakens as Rey (Daisy Ridley) embarked on a dangerous mission to find Jedi Master Luke Skywalker (Mark Hamill), but that was a mere taster for fans… The new Star Wars film, out this week, features even more of these spectacular Irish locations.

The spectacular coastlines, rugged mountain ranges and vast open spaces of Ireland’s western periphery have long been a tourist favourite, but recently, this area has been drawing in another kind of traveller. With filming locations for the latest Star Wars films taking in much of the western seaboard – as well as both the country’s most southerly and most northerly points – Ireland’s ‘Wild Atlantic Way’ has become a dream destination for die-hard fans of the fantasy franchise.

When the first part of the long-awaited Star Wars sequel trilogy, Episode VII – The Force Awakens, was released in 2015, County Kerry residents were particularly excited, what with their very own Skellig Michael – already a UNESCO World Heritage Site – providing the dramatic setting for the epic’s final scene. This atmospheric, rocky island off the Ring of Kerry’s Iveragh Peninsula was once home to a Christian monastery, but has been uninhabited since the 12th century.

Today, several Kerry tour operators run Star Wars-themed tours of the island, as well as the village of Portmagee – known as ‘the gate to Skellig Michael’ – where cast and crew were based during filming in 2014. Mark Hamill, who plays Luke Skywalker, is even rumoured to have learned to pull a pint in the local Moorings Bar and Guesthouse. Even more filming took place in Kerry this year for the second instalment of the trilogy – Star Wars: Episode VIII – due for release in 2017. This time, shooting took place at the Ceann Sibéal (Sybil Head) headland in Ballyferriter. 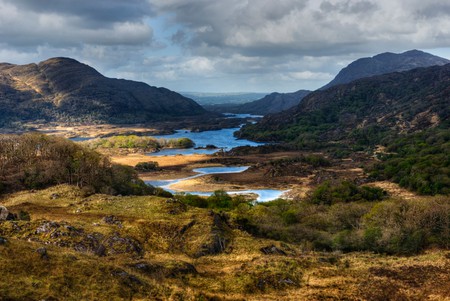 After taking in where it all began, the next stop on a Star Wars tour of Ireland should be West Cork, specifically Brow Head, near the village of Crookhaven. Here, further scenes for the second instalment of the trilogy were filmed on a cinematic stretch of coastline that is mainland Ireland’s most southerly point.

While seeing sites used in the film, visitors can legitimately expect to experience the stereotypical Irish ‘céad míle fáilte’ – a hundred thousand welcomes – in this part of the country. LucasFilm took out a whopping eight ads in local newspapers in the west of Ireland – as well as one national ad – to thank the people of West Cork specifically for their warm hospitality. 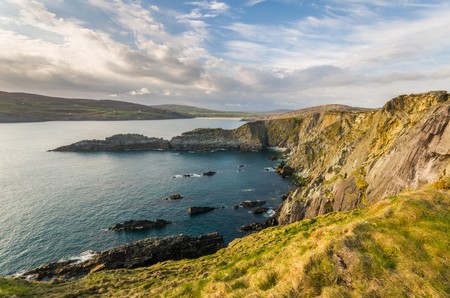 County Clare’s Loop Head Peninsula and its photogenic lighthouse would be well worth visiting even if you aren’t Star Wars obsessed, having been voted the best place to holiday in Ireland in 2013. The area has been at the heart of forward-looking Irish tourism since as far back as 2010 when it was awarded a European Destinations of Excellence Award. Last year, it took gold at the Irish Responsible Tourism Awards.

In May of 2016, filming for Star Wars: Episode VIII set up here for two days, with the lighthouse obligingly being closed to the public for the duration. It is generally open daily from April through to October, with a guided tour up into its head and onto the balcony affording a stunning view of the Wild Atlantic Way. 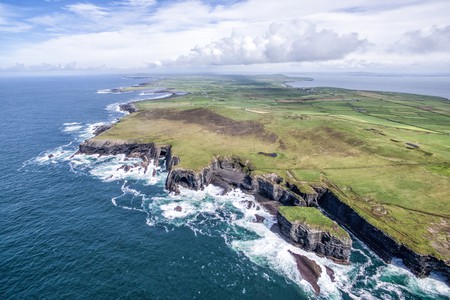 As well as filming extensively at south-western locations, the LucasFilm crew also headed to Malin Head on Donegal’s Inishowen Peninsula, the most northerly tip of the island of Ireland and the end point of the Wild Atlantic Way route. Along with the January 2015 launch of the Donegal Film Office’s new website, it is hoped that its featuring in Star Wars will bring many more visitors to Inishowen. A visitor centre is planned for Malin Head by the summer of 2018. 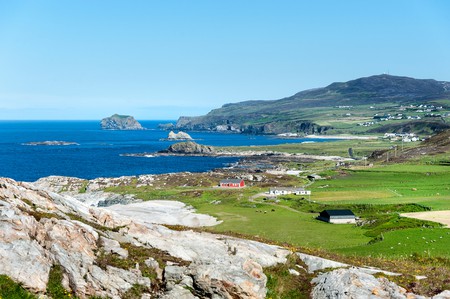 Malin Head, Ireland Coastal scenery with red house and hills in the background | © Rolf G Wackenberg / Shutterstock
Give us feedback