A Solo Traveller's Guide to Ireland 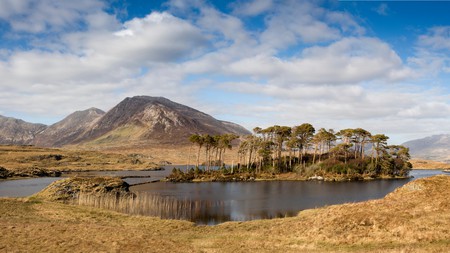 Ireland is well-suited to the solo traveller – it’s been named among the 20 safest countries in the world, and the locals are known for their friendliness. Although the Emerald Isle’s transport networks aren’t quite as efficient as those in some other European countries, don’t let that put you off. Armed with these helpful tips, you can make the most of travelling alone in Ireland.

If you want to explore large swathes of Ireland’s most remote areas – in particular, the furthest reaches of the Wild Atlantic Way tourist route, such as rural Donegal and West Cork – you will need to either join a tour group, rent a car or cycle. If you decide to drive, be aware that like in Britain, the Irish drive on the left-hand side of the road.

In the Irish Republic, speed limits are designated in kilometres per hour, while across the border in Northern Ireland they are shown in miles per hour. Those renting a car in Ireland should also know that rural roads are often narrow and winding, and it’s not uncommon to encounter farm traffic – meaning tractors and livestock – along the way. 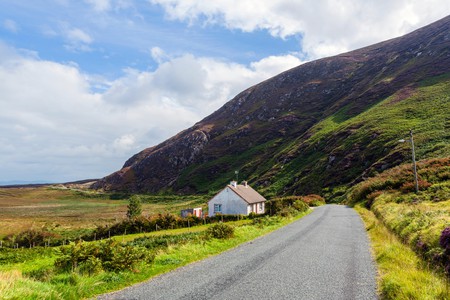 Solo travellers may find themselves on rural roads like this one north of Derrybeg, Gweedore, on the Wild Atlantic Way | © Ian Dagnall / Alamy Stock Photo

A note on public transport

In terms of public transport, be aware that Ireland’s rail networks – particularly in Northern Ireland – are limited compared to many other western European nations.Still, intercity trains are regular and comfortable, and tickets can be substantially cheaper if booked online ahead of time – see the Irish Rail’s website for more details.

State-owned bus companies on both sides of the border offer an extensive route network across the country, but strike action by Bus Éireann drivers in the south can slow travel. There is also a range of reliable and reasonably priced private bus companies operating in the country, such as JJ Kavanagh & Sons.

The cities in the Irish Republic with the worst reputations for crime are Dublin and Limerick, but much of the worst crime is gang related and doesn’t have much of an impact on tourists. With that being said, it’s a good rule of thumb for visitors to use a cross-body bag and keep a close eye on their belongings in crowded areas. In Dublin, there are certain areas where walking alone late at night should be avoided, including much of the Dublin 1 district.

In Belfast, things have come a long way since the period of conflict known as the Troubles, but there are communities where the Nationalist and Unionist divide is still extremely sensitive. Violence does still occasionally flare up, but it’s sporadic, and the city has long been considered safe for tourists. 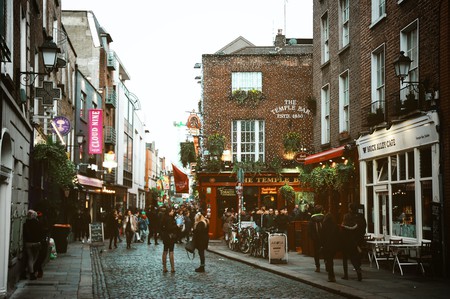 Keeping in mind the safety information above, Dublin is a great city to discover alone. If you’re spending a few days, it’s worth investing in a Leap Visitor Card – you can pick one up as soon as you arrive at Dublin Airport, and use it to take a Dublin Bus from there into the city centre for a much lower fare than the €6 (£5.40) Airlink Express. This card can be used on all of Dublin’s public transport, including the DART electric rail system, which goes along the coast as far as County Wicklow. As well as taking in the city centre’s many attractions, we advise taking a trip out to the coastal towns of Bray or Greystones – you’ll get a panoramic view across all of Dublin Bay from the train itself.

Back in the city, Dublin’s Literary Pub Crawl is a fun way to familiarise yourself with the city’s bookish history, and you’ll probably meet some likeminded travellers along the way. If you’d rather see Dublin through a local’s eyes, Airbnb has launched its Experiences platform in the city, where residents host events like a walking tour of historic and queer Dublin or a paddle-boarding tour along the River Liffey.

Belfast is still considered an underrated tourist city, although it’s beginning to outgrow its historically troubled reputation. Base yourself at the trendy Bullitt Hotel and experience the Northern Irish capital’s burgeoning foodie scene, the award-winning Titanic Museum, the possibly haunted Grand Opera House and other points of interest. From here you can also take a day tour of the Giant’s Causeway Unessco World Heritage Site. 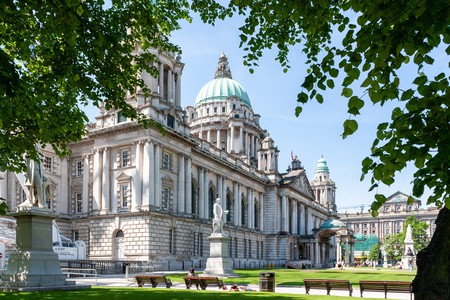 The City Hall in Belfast, Northern Ireland, is well worth a visit | © Dimitry Anikin / Unsplash

The west of Ireland

Many visitors to the west of Ireland go straight to Galway, and it’s not hard to figure out why – the historic harbour city has a unique charm and is surrounded by stunning scenery, from Connemara National Park in the north to the Aran Islands off the coast. But there’s much more to the west than just its best-known county. Sligo and Mayo can both be easily reached by train or bus from Dublin and are just as worthy of a trip.

Sligo is quickly becoming one of Ireland’s must-visit destinations, known for its beautiful landscape and abundant outdoor activities such as big-wave surfing, hiking and kayaking. The town is also a cultural hub, home to places like the Model arts centre and the Yeats Society, which serve a thriving local community of writers, artists and craftspeople.

Another western county attracting more attention in recent years, Mayo has plenty to offer lovers of the outdoors itself, from kitesurfing on Achill Island to cycling the Great Western Greenway to hiking the famous pilgrimage at Croagh Patrick mountain. Aside from natural wonders, its best-known tourist attractions are the Michael Davitt Museum, Ashford Castle and the Céide Fields visitor centre.

Considered by many locals to be the real capital of Ireland, Cork city is renowned for its culture, known in particular as a haven for foodies. From the city, you can visit nearby towns like Blarney, to see the medieval castle there, or Cobh – the last stop the Titanic made before setting out on its maiden voyage. The town of Kinsale, famous for its seafood, is the southern starting point of the Wild Atlantic Way tourist trail. 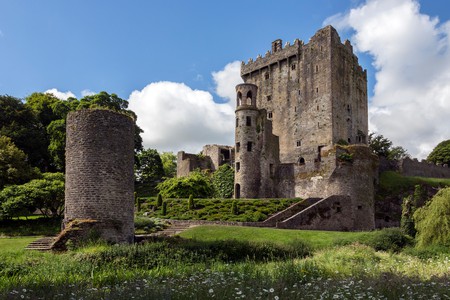 Ireland’s oldest city, Waterford is home to a cultural and heritage area called the Viking Triangle, where you will find the country’s only medieval museum and its oldest civic building. The county also just became the site of Ireland’s longest off-road walking and cycling track. The Waterford Greenway stretches from the city to the town of Dungarvan, passing through scenic landscapes and past an old famine workhouse, a Norman castle and a Georgian mansion.