Aviva Stadium | © William Murphy / Flickr
Dublin loves sport. As a city of just over a million, the number of high-end sports teams and individuals who reside in (or regularly play in) the city is astonishing in its variety. From regular European-level rugby competitors Leinster to the vast swathes of action taking place every weekend in the GAA. From Conor McGregor to Robbie Keane, there’s a conveyor belt of stardom on offer in the fair city. You might not be able to see everything in a visit, but you can certainly check in on the key spots. Here they are…

Stadium
The Aviva Stadium | © Reggie Suplido / Flickr
Home to the national soccer team, the national rugby team and occasionally even a spot of American football, the bedpan-shaped Aviva Stadium is the hub of much of Ireland‘s high-end sport. It’s a passionate spot, invariably rowdy and crammed with green flags, and has seen some great moments in its short post-revamp history, including major tournament football wins and Six Nations rugby glory. The Aviva is still widely known locally as Lansdowne Road, the name of its ramshackle predecessor. On non-match days you can explore with thorough, engaging tours.
More Info
Open In Google Maps
Lansdowne Road, Dublin 4, County Dublin, Ireland
+35312382300
Visit website

Leinster is the rugby team that represents Ireland’s easternmost province, a force in the game which has taken home no less than three European titles in recent years. While they occasionally relocate to the Aviva (above) for big matches, like the massive local derby with Munster, most of the contests are here in the RDS. The not-so-local ‘Pro-14’ league is an enticing mix, featuring sides from Ireland, Wales, Scotland, Italy and two new additions from South Africa, and you could hardly ask for a better introduction to the game. Tickets can be hard to come by by the way. 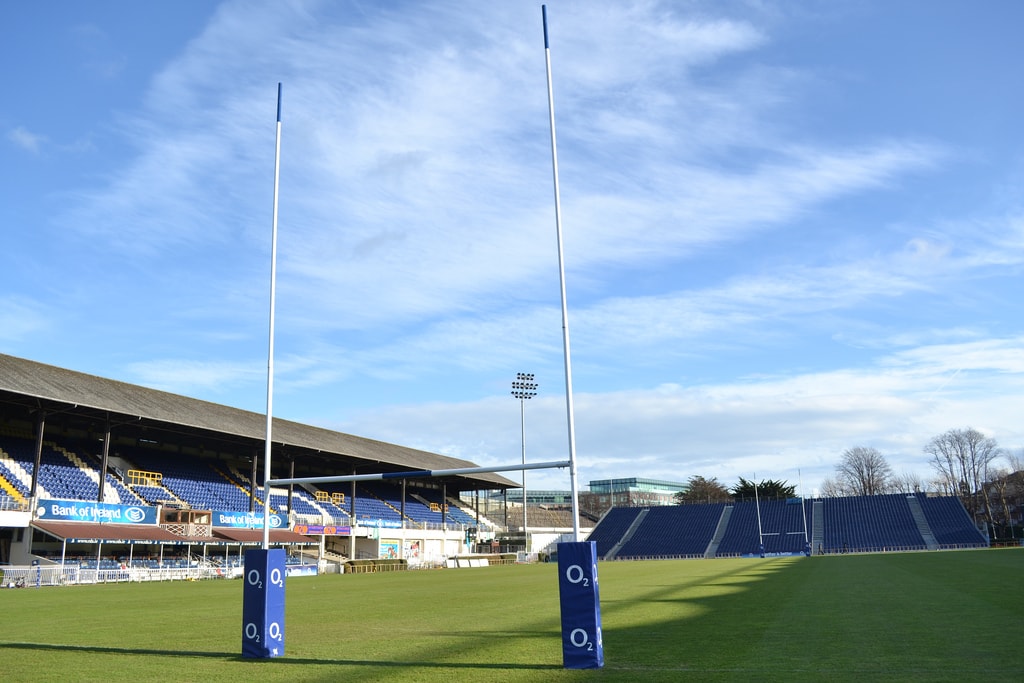 Museum, Park, Stadium
Croke Park All Ireland | © Tolivero / Wikicommons
Book Now
OK, technically GAA (both hurling and Gaelic football) remain strictly amateur sports, though there are a few dissenters on that particular line, and some argue it is only a matter of time until full professionalism. Croke Park is an essential stop off, for any sports fan, though. It’s a place where you can see Ireland’s sporting passion come to life in the form of the games jokingly dubbed ‘bog ball’ and ‘a cross between hockey and murder’. The 83,000 capacity stadium is packed to the rafters come finals in September, which essentially bring the country to a halt, but there’s regular action from March until the fall. The history includes a critical moment in the Irish fight for independence; you can explore a fascinating museum and gaze at the city from the freshly installed skyline walk.
More Info
Open In Google Maps
Jones' Road, Drumcondra Dublin 3, County Dublin, Ireland
+35318192300
Visit website

Stadium
Ireland has always excelled at boxing, and the National Stadium is the sport’s Irish heartland. Open since 1939, the 2,000-capacity suburban spot has hosted a lot of music over the years (U2, The Pogues, Led Zepellin and Van Morrison have all dropped in here), but the regular bouts remain its principle raison d’etre. Over 50 fights a year take place in the arena, with Olympic Champion Katie Taylor in regular attendance. Conor McGregor has also fought here.
More Info
Open In Google Maps
145 South Circular Road, Saint Catherine's, Dublin 8, County Dublin, D08 HY40, Ireland
+35314533371
Visit website

Gym, School
The home of Conor McGregor, Straight Blast Gym is definitely not a tourist attraction (it’s a serious mixed martial arts venue crammed full of Irish talent and a spot where McGregor is rarely at home these days), but the iconic spot in Dublin’s working-class heartlands does give a real sense of the background of the Ireland’s mouthy modern-day hero. It also has fantastic imagery all over the walls. Don’t expect to find McGregor, or even necessarily be allowed in the door, but even standing outside gives a taste.
More Info
Open In Google Maps
Goldenbridge Industrial Estate Inchicore, Dublin 8, County Dublin, D08 WK22, Ireland
+35314604845
Visit website

Park, Stadium
Jonny Cooper, Na Fianna, and Diarmuid Connolly, St Vincents, shake hands at Parnell Park | Courtesy of GAA.ie
Much like Croke Park, Parnell Park is a heartland of the amateur (but extremely professional-feeling) GAA. Parnell Park is a place to get really close to the action, and even on the pitch at half time and full time. There’s a running line in the sport that the true fans are ‘in Parnell Park in January’ to watch the football team play its pre-season tournaments that are invariably a washout riddled with experimental players. The best action here, though, tends to be the county club finales that typically come to a head in October and November.
More Info
Open In Google Maps
Parnell Park Clancarthy Road, Clontarf West, Dublin 5, County Dublin, Ireland

Cricket is not traditionally a strong sport in Ireland. In fact, to many it represents the absolute epitome of Englishness and only really gathered any momentum when Ireland swatted aside its far more illustrious English opponents at the 2011 Cricket World Cup. In 2017, however, Ireland finally won the exalted ‘test status’, beginning what many anticipate will be a rapid growth in the sport since more and more world-class sides drop in to compete. Malahide Cricket Club has previously hosted the visits of world-class sides England, Pakistan and Sri Lanka in the shorter form of the game and is establishing itself as one of the main homes of the national side as they develop. Games are weather dependent and take place in the summer.

Park, Stadium
Dalymount Park | © William Murphy/ Flickr
Dalymount Park is the home of Bohemians football (soccer) club. Whilst the club nicknamed The Gypsys fall way behind their south city rivals Shamrock Rovers in terms of honours. the north inner-city club has its own allure, from the wildly passionate fan base to the artistic bent on the crumbling old stadium, which contains ample club-themed graffiti and its own home brew in the bar. Dalymount has also hosted plenty of huge games over the years, including the Irish national side on multiple occasions, and once held a gig by the Red Hot Chili Peppers. It might not last much longer, redevelopment has been hanging over the place for a decade now, so drop in while you can.
More Info
Open In Google Maps
Phibsborough Dublin 7, County Dublin, Ireland
+35318680923
Visit website

Arguably Dublin’s definitive sports bar (loved by some and loathed for its lack of local tradition by others), The Living Room, is home to massive, wall-t0-wall screens showing everything from the English Premier League and Spanish La Liga soccer to the Indian sport of Kabbadi. Invariably packed to the rim, it’s also right in the heart of the action just off historic O’Connell Street. We had to include a pub, it’s Dublin! 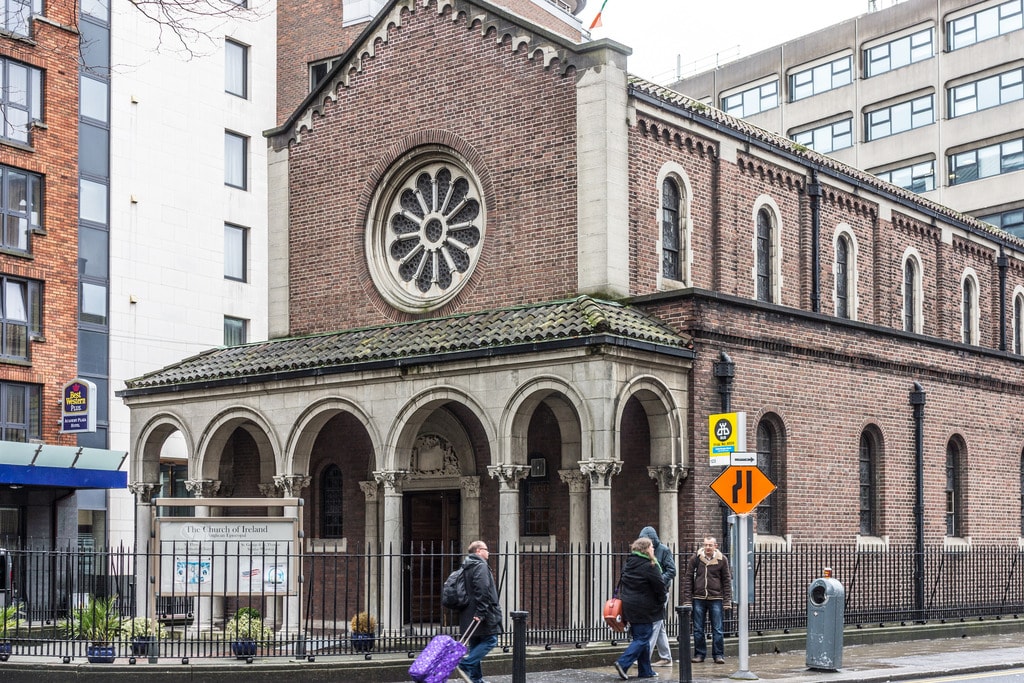