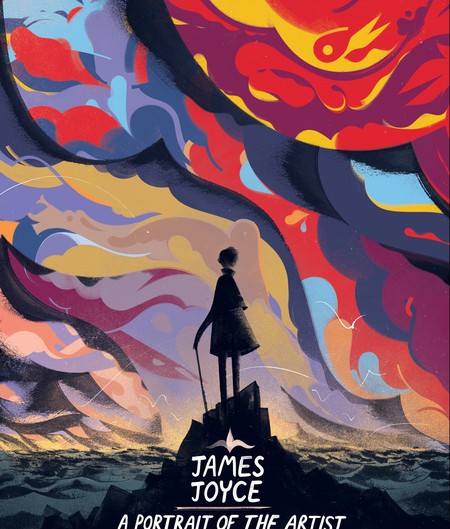 The modernist classic, perhaps the greatest English-language Bildungsroman, turns 100 on December 29, 2016. To celebrate, we look at what makes the novel so special: its fierce defense of individualism and critical thought, and its unique portrayal of the artistic mind.

Of the characteristics likely to be associated with James Joyce’s writing, two—his inventiveness of language, and its portrayal of Dublin—are destined to be most prominent in any discussion of his work. And while the first will occupy the rest of this short article, it is always worth bearing in mind that A Portrait of the Artist as a Young Man, like his other novels, is strongly anchored within the Irish capital and its environs. The map below ought to help you situate the action. After all, Vladimir Nabokov himself lectured on Ulysses with a city plan close at hand, and he’s hardly one to get a useless idea.

Like much of James Joyce’s oeuvre, A Portrait did not have the simplest genesis—the Irishman started writing it as early as 1904 from Dublin, after returning from the continent to visit his ailing mother. It grew from two aborted works of his, a planned realist autobiographical novel entitled Stephen Hero (which the author duly abandoned three years later), and an earlier philosophical work called ‘A Portrait of the Artist’ (rejected, bluntly, by a periodical in January). After years of refusals and false starts, A Portrait ended up being recommended by W.B. Yeats to Ezra Pound (no less), who serialized the novel into 25 installments on The Egoist—the literary magazine he worked at—between February 1914 and September 1915. It was then compiled into one book by New York publisher B.W. Huesch, who went on to release it on December 29, 1916. 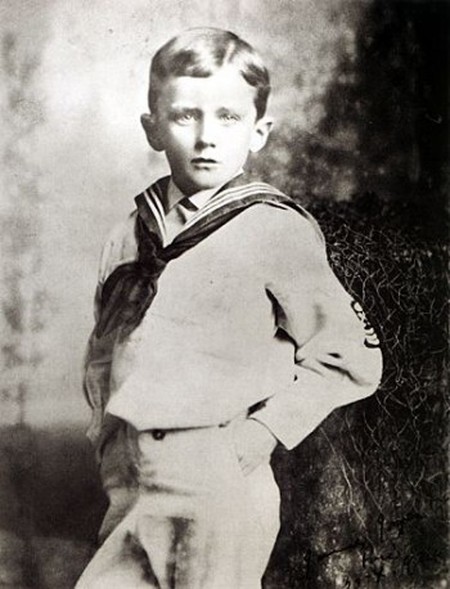 The main character, Stephen Dedalus, is Joyce’s alter ego; we follow him from infancy to adulthood, the work drawing on a selection of autobiographical events to explain, explore, and portray the artist’s intellectual and emotional developments. The result is deeply impressionistic, both for its highly evocative—and at times lyrical—style, and for its broken pace, an effect of the scattered jumps in time of its successive scenes. The prose itself mirrors Dedalus’ growth, and thus begins entirely childlike—

—before imitating the budding poet’s lyricism:

“Towards dawn he awoke. O what sweet music! His soul was all dewy wet. Over his limbs in sleep pale cool waves of light had passed. He lay still, as if his soul lay amid cool waters, conscious of faint sweet music. His mind was waking slowly to a tremulous morning knowledge, a morning inspiration.”

This development accompanies the hero’s artistic progress, and the carving out, intellectually, of Dedalus’ independence from the stifling ideologies and doctrines of his day. The whole of late 19th-century Irish politics—from the nationalist’s split over the death of Charles Stewart Parnell, to universal pacifists and the Gaelic revival—is presented solely to be dismissed by the young man. There is, we are made to understand, something more important Dedalus wants out of life, a yearning for individuality:

“He had heard about him the constant voices of his father and of his masters, urging him to be a good catholic above all things. […] He had heard another voice urging him to be strong and manly and healthy and when the movement towards national revival had begun to be felt in the college yet another voice had bidden him to be true to his country and help to raise her fallen language and tradition. […] And it was the din of all these hollow-sounding voices that made him halt irresolutely in the pursuit of phantoms. He gave them ear only for a time but he was happy only when he was far from them, beyond their call, alone or in the company of phantasmal comrades.”

This desire grows in his early teenage years and throughout his time at university, morphing into a strong distaste for all forms of groupthink, as evidenced by this passage describing a friend of his—a member of the Irish Republican Brotherhood:

“His nurse had taught him Irish and shaped his rude imagination by the broken lights of Irish myth. He stood towards this myth upon which no individual mind had ever drawn out a line of beauty and to its unwieldy tales that divided themselves as they moved down the cycles in the same attitude as towards the Roman catholic religion, the attitude of a dullwitted loyal serf.”

As is made quite clear in the extracts above, religion is likewise discarded by Stephen, albeit in an altogether more dramatic manner. At the age of 16, in the book’s memorable and expansive middle chapter, the boy is scared by a series of lectures on hell and sin conducted by Father Arnall, a professor at the first Jesuit boarding school he attended. Stephen, who had until then freely indulged in carnal sin, is thrown into extreme piety, out of which he will only emerge two years later when offered the opportunity to join the holy order. Present with the choice, he instead renounces monastic life as a tame, gray, and absurdly proud thing, eventually going on to give up the religion altogether, to the point of refusing to perform his Easter duties (though on that he will relent, if only to please his mother).

In no uncertain terms, then, A Portrait charts Stephen Dedalus’ intellectual emancipation, the victory of his critical thought over any sort of group ideology. He wants, as declared at the book’s very end, “to forge in the smithy of [his] soul the uncreated conscience of [his] race.” This is the great ideal that animates every artist: to reach a unique expression, a beauty at once personal and universal. If art is emotion, the crafted bearing of one’s “soul” created to be felt by all, it cannot be—upon conception—anything but individualistic. This need for personal freedom is precisely why Dedalus decides to leave Ireland at the book’s very end, so he can live without religion, nationalism, and politics… and be free to chase beauty.

Can there be any more doubt as to why A Portrait is now considered a classic? It understands art at its most fundamental, and makes poetry out of a young man’s development, all the while passing over and denouncing the various political and religious creeds of its day. For an account of intellect and creativity at their most triumphant, James Joyce’s A Portrait of the Artist as a Young Man is a must-read.