Tracing Dublin's History Through the Halls of Trinity College 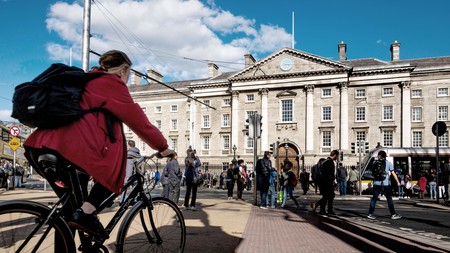 Trinity College is one of Dublin’s most popular tourist attractions, and this historic university is well worth a visit for those seeking to explore the story of not only Dublin as a city, but Ireland as a nation.

With a history that spans over 400 years, Trinity College Dublin is Ireland’s oldest university. This architectural masterpiece has educated some of Ireland’s most revered public figures, including writers, politicians and Nobel Prize winners. Although the campus is worth visiting for fans of modern art due to the contemporary works held in the Douglas Hyde Gallery, and Arnaldo Pomodoro’s unique ball-shaped sculpture Sphere Within A Sphere, Trinity College’s main attraction is the rich history stored within its walls. 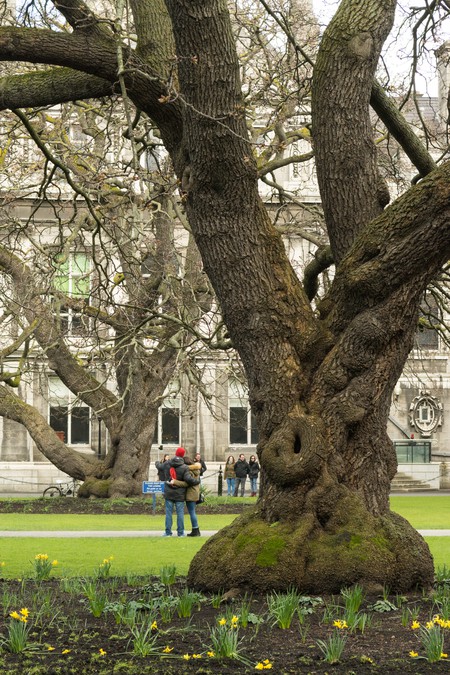 At the time of Trinity College’s foundation in 1592, the British university colleges were flourishing, but Ireland had no centre of higher learning. The Archbishop of Dublin, Adam Loftus, was one of several to request a royal charter from Queen Elizabeth I to form their own university, where scholars and clergy could be educated. They felt that the addition of a respected university would both bolster the Protestant Reformation in Ireland and bring the city – then developing into the country’s capital – up to speed with other countries intellectually. At the time, Dublin was a city that had endured years of turmoil, both from the threat of invasion from Irish clans who lived outside the city and from the series of revolutions led by the FitzGeralds, the Earls of Kildare who wished to overthrow English rule in Ireland. Although these attempts were ultimately unsuccessful, the creation of a university in Dublin would signify the solidity of the monarchy’s hold in the city. 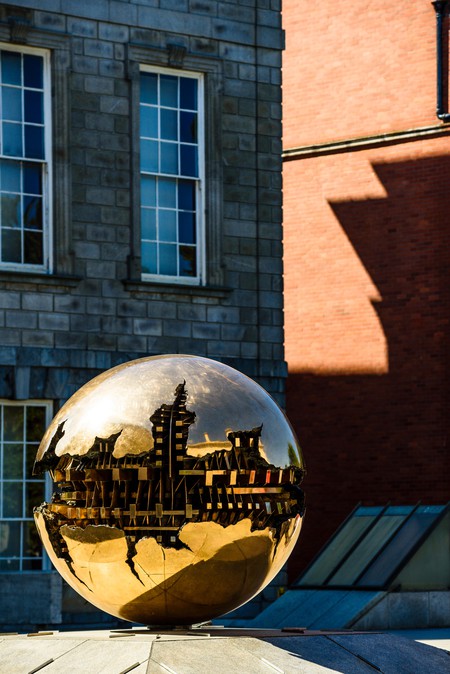 Their wish was granted by the queen, who ordered the creation of Trinity in 1592 at the former Catholic monastery, the Priory of All Hallows. Archbishop Loftus was a graduate of Cambridge’s Trinity College and hoped to create a similar collegiate model in Dublin, which is why he chose to name the first college after his beloved alma mater. But while the University of Dublin did expand greatly over the century following its inception, no other constituent colleges were ever established. As the city grew in importance, transforming from a medieval town into a nation’s capital, so did the reputation of Trinity College.

Many notable alumni have walked the halls of Trinity College Dublin, and over the centuries it gained a reputation for nurturing the best of Dublin’s homegrown literary talent. Famous Irish writers such as Bram Stoker, Oscar Wilde, Jonathan Swift and Samuel Beckett all studied at Trinity. A number of politicians have launched their careers by studying in the university, including two female Presidents of Ireland, Mary Robinson and Mary McAleese. Activist Mairead Maguire, who was awarded the Nobel Peace Prize for her peacemaking work during Northern Ireland’s Troubles, also attended Trinity College. 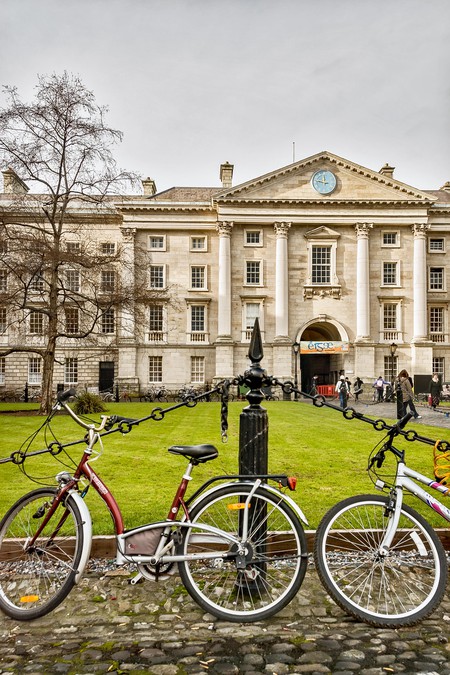 However, Trinity was not always a place of accessible learning; women were not permitted to study there until 1904. Roman Catholics were also banned for centuries; there was widespread persecution of Catholics in Ireland for centuries, and during Cromwell’s conquest in the 1650s they were actually banned from living within Dublin. As the university had been established to strengthen the Protestant Reformation, which was designed to make the Irish people conform to the rule of the English monarchy by ensuring they followed the religion of the crown, those who did not follow the Church of Ireland could not attend. The college reformed its rules in 1793, as a part of the changing political and religious landscape in Dublin at the time during the fight for Catholic Emancipation. However, even after they were permitted entry to the college, non-Anglicans were still prohibited from gaining positions of prestige within the university – such as becoming a scholar, fellow or professor – for another 80 years. Just prior to these rules being removed, the Catholic Church banned Catholics from studying at Trinity in 1871, a ban that lasted until 1970. 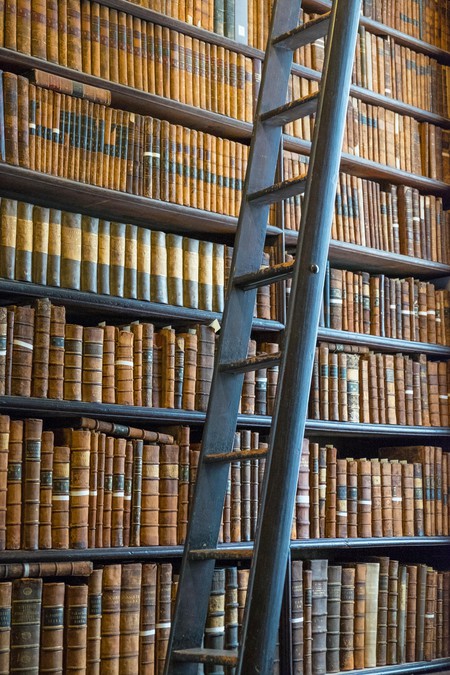 In spite of its connection to the Protestant Reformation in Ireland, several Irish nationalists were Trinity College graduates. As a centre of education, it drew Dublin’s passionate young activists and those eager for reform. Prominent alumni who shaped Dublin’s political landscape include Theobald Wolfe Tone, who led the 1798 rebellion and is seen as the father of Irish republicanism. Robert Emmet led another rebellion against British rule in 1803, for which he was executed on charges of high treason. Politician Henry Grattan campaigned for legislative freedom for the Irish Parliament, while the first president of Ireland, Douglas Hyde, was yet another Trinity graduate. These nationalists used the education they gained inside Trinity’s halls to influence the world outside it.

At the time of its founding, Trinity College was actually located outside Dublin’s walls, but as the population grew and it developed into the capital, the narrow medieval streets widened and the city sprawled, drawing Trinity into its heart. The architecture of the university itself reflects the many changes that the city has experienced over the centuries. The brutalist design of Berkley Library building contrasts with the ancient spires of the old building and the granite campanile, which was built in the college’s front square in 1853. Although visitors to the college are drawn to this iconic monument, you’ll see students avoiding it; this is due to the urban myth that any student unfortunate enough to pass underneath the tower while the bell is tolling is doomed to fail all their college exams. On graduation day, a celebratory walk under the campanile is a rite of passage. 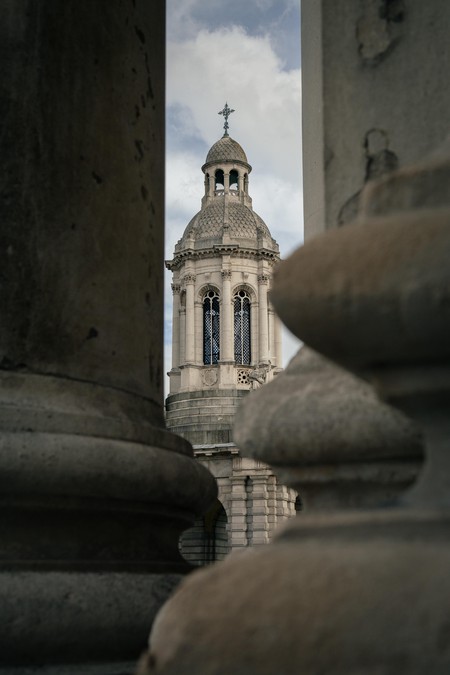 The university’s library is renowned across the globe. Its development has been a priority of the university’s leaders since the 16th century, when scholars such as Luke Challoner and James Ussher began to collect rare tomes. As a legal deposit library, Trinity is entitled to at least one copy of every book published in Ireland, and can request a copy of any book published in the UK. Many of these volumes are housed in the ornate Old Library. The shelves of this architectural masterpiece, designed by Thomas Burgh, are filled with the oldest and rarest books in the university’s possession; but by far the most famous is the Book Of Kells. This illuminated manuscript, which tells the story of the four gospels, is of unknown origins but is recognised as Ireland’s greatest treasure. It’s believed to have been brought to Kells Abbey in Meath by Scottish monks, sometime around the 9th century. The book survived Viking raids and the dissolution of the monastery in the 12th century, but during Oliver Cromwell’s invasion of Kells in 1654, it was sent to Dublin for safekeeping. It was presented to Trinity College in 1661, where it remains for visitors to marvel at today.

The Old Library is also home to artefacts which take visitors on a journey through Ireland’s history. Here, you can see the Trinity College Harp, a musical instrument dating from the 14th or 15th century that was the model for Ireland’s coat of arms. Visitors can also see one of the last remaining copies of the Proclamation of the Irish Republic, the document read aloud by revolutionary Pádraig Pearse on the steps of the General Post Office during the Easter Rising in 1916. This act and the events that followed changed the course of Irish history forever. 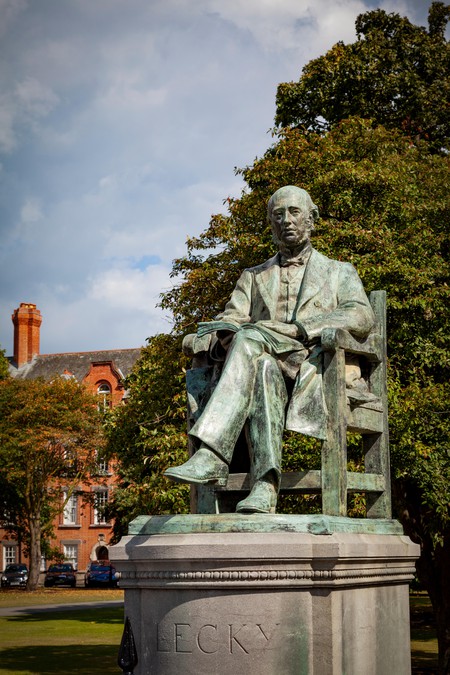 In 2008, a Science Gallery was opened on campus to reflect the university’s scientific legacy, and the university often plays host to visiting dignitaries and academics. In the modern day, Trinity College Dublin is both a working university, which provides an education to over 17,000 students, and a tourist attraction that welcomes over two million visitors a year. Walking through this historic campus is like journeying through the architectural, political and literary history of Dublin. 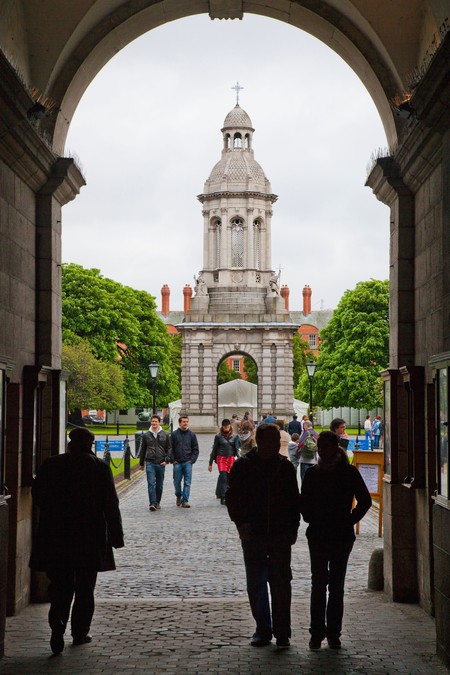 This article is an updated version of a story created by Kate Phelan.