A History Of The GPO, Dublin In 1 Minute 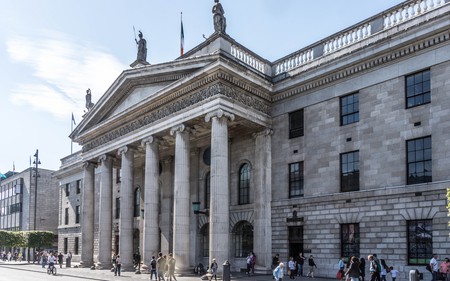 Inaugurated almost two hundred years ago, the General Post Office (GPO) in Dublin has a lengthy history that includes a strong connection with Ireland’s struggle for independence. It was famously used as a headquarters by the leaders of the 1916 Easter Rising, as evidenced by the bullet holes still visible in its grand façade. Today, it is still Dublin’s main post office.

The GPO was designed by the Irish architect Francis Johnson, part of a group of architects responsible for Sackville Street (now O’Connell Street). In the neoclassical style typical of the Georgian period, it features a wide portico – or porch – supported by six columns, deriving from classical Greek and Roman architecture. It was unveiled in January 1818. 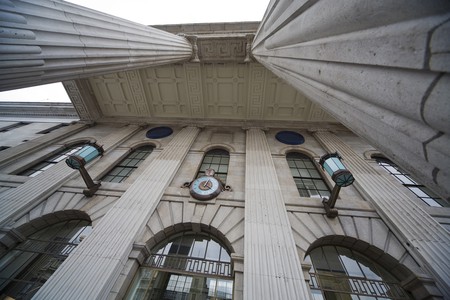 The GPO portico from the ground | © William Murphy/Flickr

During the 19th century, Sackville Street and its grand classical buildings developed a reputation for being pretentious. It has been claimed that the GPO headquarters was chosen by the Irish rebels because of its status as a symbol of occupation, serving as a means of communication with the British empire and having been designed in the Georgian style associated with the Church of Ireland elite. The building was certainly striking, designed to coordinate with the majesty of the 134-foot Nelson’s Pillar that was later destroyed by the Irish Republican Army in the 1960s. 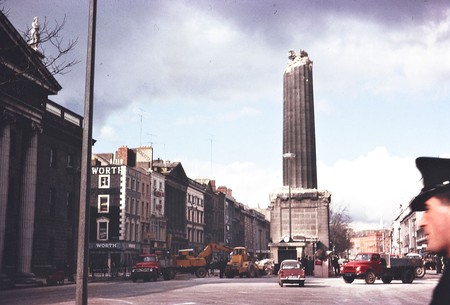 On April 24, 1916, members of the headquarters battalion of the Irish Volunteers and Citizen Army marched to the GPO and claimed it as the foremost of four positions throughout the city. It was here that the Irish flag was hoisted and the Proclamation of the Irish Republic was read aloud by Commander-in-Chief Patrick Pearse. The rebels also took over the Wireless School of Telegraphy down the street and completed Ireland’s first radio broadcast, alerting the world to the rebellion. The leaders of the uprising stayed stationed at the GPO until a fire caused by several days of shelling forced them to tunnel through neighbouring buildings, to 16 Moore Street, where they later surrendered. 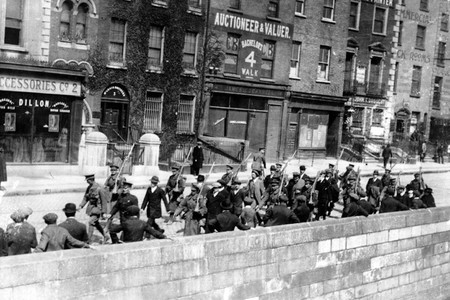 British soldiers marching rebel prisoners away after the surrender

The British gunship Helga shelled O’Connell Street from the Liffey during the 1916 Rising, resulting in most of the buildings close to the river being destroyed. The original GPO building was almost entirely demolished, leaving only the façade with its grand columns. A few years after the establishment of the Irish Free State, it was rebuilt, reopening in 1929.

Earlier this year, the Witness History visitor centre and museum opened at the GPO to commemorate the 1916 Rising. Here, visitors can immerse themselves in the history of the rebellion through audio visual booths and a collection of unseen artefacts. The exhibition also includes the original copy of the Proclamation. 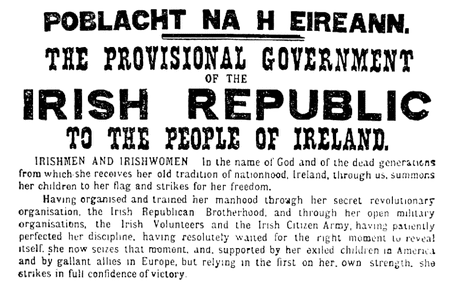