A History Of Kylemore Abbey In 1 Minute 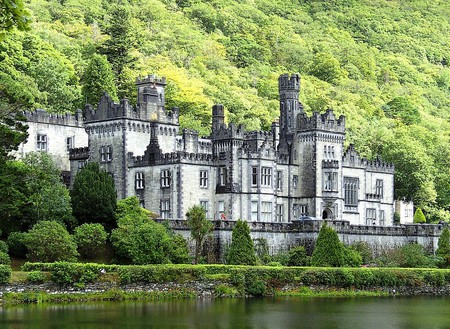 Dating back to the late 1800s, Kylemore Castle is best known for having housed a monastery for Benedictine nuns since 1920. Originating as a private family home before becoming the first of many Irish Benedictine Abbeys, the historic building and its grounds are now among Connemara’s biggest tourist attractions.

Kylemore Castle was originally built as a 70-room private home for Mitchell Henry, a former doctor from England, and his wife. The Henrys, who are said to have fallen in love with the area while on honeymoon in Ireland, owned the castle until 1903 when it was bought by the Duke and Duchess of Manchester. This regal duo is said to have been forced to sell the property again in 1920 due to gambling debts, releasing it to its current owners, the Irish Benedictine Nuns.

The community known as the Irish Benedictine Nuns was founded in 1665 in Ypres, Belgium, to offer a refuge from religious persecution of Catholics in Ireland by the British. In 1920, the order had no choice but to flee their home in Ypres after the town was heavily bombed during World War I. The nuns bought Kylemore Castle and turned it into the first Irish Benedictine Abbey. Here, they opened another international boarding and day school for girls, which ran until 2010. Today, the Abbey is one of the West of Ireland’s most visited attractions. 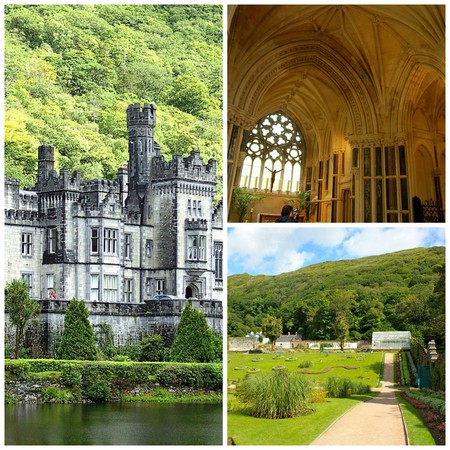 Located in the stunning surroundings of rural Connemara on the shores of Pollacappal Lough, Kylemore Abbey is a beautifully tranquil site steeped in mythical significance. The Irish legendary figure Fionn mac Cumhaill is said to have lived on Diamond Hill close to the Kylemore Valley, and a huge stone on the grounds of the estate is said to have been thrown at McCool by another mythical hero, Cú Chulainn. Another local legend tells of a white horse emerging from the lake every seven years.

Myths aside, this peaceful place has been a spiritual haven for many. As well as experiencing its restored rooms, visitors can take in the Neo-Gothic Church Mitchell Henry had built for his wife Margaret, and the mausoleum where the couple were buried together. The six-acre Victorian Walled Gardens on the estate have been restored to full bloom by the nuns and are open to the public for tours and walks. Those who wish to can write their names in a book of prayer requests in the Abbey’s front hall, asking the nuns to pray for them. Complimentary talks on the history of the Abbey are offered three times a day throughout the year, at 11.30am, 1.00pm and 3.00pm.