A History Of Kilmainham Gaol In 1 Minute 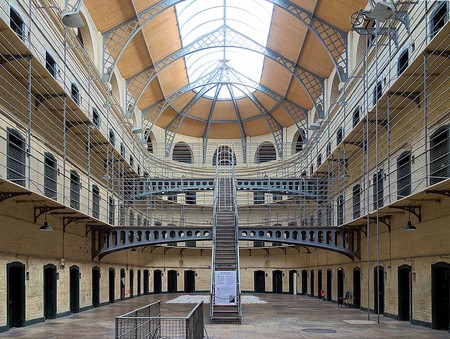 Kilmainham Goal was built in 1796 to replace Dublin’s former county prison. A site of imprisonment and public executions, it would go on to house many of the prominent revolutionaries involved in the 1916 Rising. Closed in 1924 by the Irish Free State government, it was reopened as a museum in 1971.

Opened in 1796, ‘the new goal’ at Kilmainham was the location where presumed Dublin lawbreakers of all ages – some apparently as young as seven – were sent to atone for crimes like petty theft. Perpetrators of more serious offenses were hanged outside the prison, and some 4,000 prisoners were kept here while awaiting transport to British penal colonies in Australia. Conditions at the prison were incredibly poor. Inmates were forced to sleep up to five people per 28-square-metre cell, without light or heat, some sleeping on straw instead of beds. During the Great Famine (1845 – 1852), prisoner numbers increased significantly, as people were arrested after being forced to beg and steal food to avoid starvation.

The jail was strongly tied to the Irish fight for independence from the outset – it housed its first political prisoner the year it opened. Henry Joy McCracken, a Protestant nationalist from Belfast, was sent here in 1796 after being arrested for his role as a leader of the republican organisation the Society of the United Irishmen. He was released from Kilmainham in 1797 after becoming seriously ill and was later hanged in Belfast. Soon after, fellow United Irishman and leader of the 1803 Irish rebellion, Robert Emmet, was kept here before being executed for high treason. 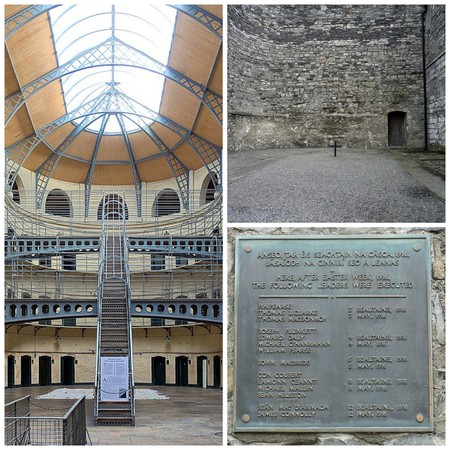 After the 1916 Rising was suppressed by the British Army and its leaders surrendered under the orders of Pádraig Pearse, many important figures of the Irish revolution were held at Kilmainham while the controversial secret courts-martial took place under British General John Maxwell. Of the 90 people sentenced to death – without access to a defense – fifteen were executed at Kilmainham Goal. These included the seven signatories of the 1916 Proclamation, with Pearse, Thomas J. Clarke and Thomas MacDonagh going first. During the ensuing revolutionary period and the Irish Civil War, the prison saw more executions and housed prisoners who opposed the Free State government founded in 1922.

In 1924, a year after the civil war ended, Kilmainham Goal was closed, now seen as a symbol of a painful past. Strong interest in maintaining the prison as a historical site only built with the formation of the Kilmainham Gaol Restoration Society in 1958. It was restored by a team of dedicated volunteers during the 1960s, before being handed back to the Irish Government. Today it is one of the country’s most important historical monuments. This year – the centenary year of the 1916 Rising – the Office of Public Works invested €5 million in refurbishing the site, in the hopes of attracting 500,000 visitors in a year.