A History Of Gangland Violence In Dublin

Illegal drug use became widespread in Dublin during the 1970s and 1980s, laying the foundations for Ireland’s current problem with organised crime. Forty years later, the vicious feud between two rival Dublin drug gangs has gangland violence at the forefront of the public consciousness. The conflict, which began in 2015, has so far killed ten people.

The bitter rivalry currently garnering media attention involves the gangs of two of Ireland’s biggest drug dealers, Christy Kinahan and Gerry ‘The Monk’ Hutch. Hutch was given the nickname ‘The Monk’ by Veronica Guerin, the Irish investigative journalist murdered in 1996 by associates of prominent Dublin drug trafficker John Gilligan. Her murder is seen as a turning point in Irish gang crime.

Criminal gangs certainly existed before this time – indeed, Gilligan had been linked to Martin ‘The General’ Cahill, one of Ireland’s most notorious criminals throughout the 1970s to 90s. But the Gardaí (Irish police) have told The Independent newspaper that they believe John Gilligan to have been the father of modern organised crime in Ireland.

More formalised drug gangs followed, leading to competition and feuding. A man called Martin Hyland had been called ‘the dominant figure in organised crime in North Dublin’ from the late 1990s until his murder in 2006. Like Martin Cahill, he is believed to have been killed by his own gang. Before his death, Hyland supplied guns to factions in the Crumlin–Drimnagh feud, caused by a split in 2000 among the main suppliers of drugs on Dublin’s south side into two rival groups. Sixteen people died in the feud which lasted until 2012, both in Ireland and in Spain, from where several Irish drug bosses run their businesses. 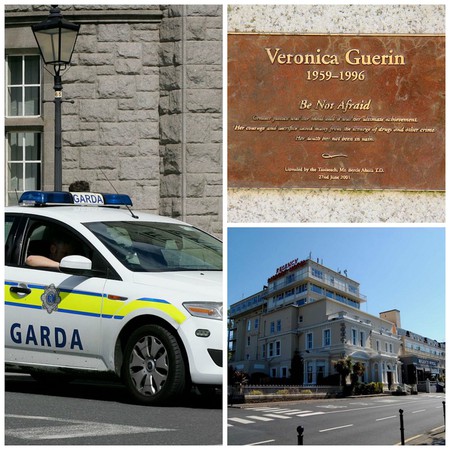 Christy Kinahan – the man regarded by man as the biggest supplier of drugs to Ireland currently – leads a cartel based in Spain. Having learned to speak both Spanish and Russian while in prison for drug crimes, he set up a hugely successful drug business on his release in 2001 that was estimated to be worth more than €400 million last year.

In 2015, the Kinahan gang murdered Gary Hutch – the nephew of Dublin’s second biggest drug dealer, Gerry ‘The Monk’ Hutch – in Malaga, sparking the feud that is still raging today. In February 2016, members of Hutch’s gang, dressed in disguise, attacked a weigh-in for a boxing match at the Regency Hotel in Dublin. It is believed that they intended to kill Christy Kinahan’s son Daniel in retaliation, but he had already left. One man died in the attack.

Since then, seven more people have been killed in the Hutch-Kinahan feud, including two cases of mistaken identity. In August of 2016, a man named Trevor O’Neill from Drimnagh – who worked for Dublin City Council and was in no way involved with either gang – was killed while on a family holiday in Spain. The Gardaí believe he was mistaken for a member of the Hutch entourage.