A History Of Dublin's Ha’penny Bridge In 1 Minute 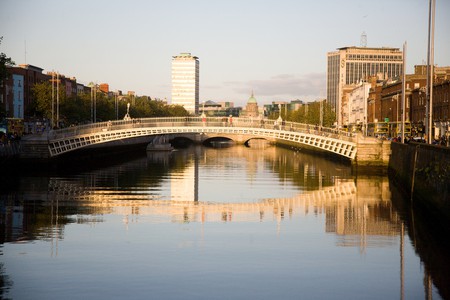 So familiar is the nickname of Dublin’s beloved Ha’penny Bridge that some locals don’t even know its official title – the Liffey Bridge. Built in 1816, the first pedestrian bridge across the River Liffey and the site of many a scenic selfie celebrated a landmark birthday this May. Here we do our best to condense that 200-year history into just one minute.

Necessity, The Mother Of Invention

Prior to the building of the Liffey Bridge, passenger ferries carried the people of Dublin across the River Liffey every day. When told by city officials that either his ferries would have to have substantial repairs or the city would need a bridge, ferry operator William Walsh elected for the bridge to be built, as long as he was entitled to a toll of a halfpenny (or ha’penny) from anyone crossing it for the next 100 years. True to their word, the city allowed him to extract the toll until 1919 when the turnstiles at either end were removed. By that time, the nickname had stuck. 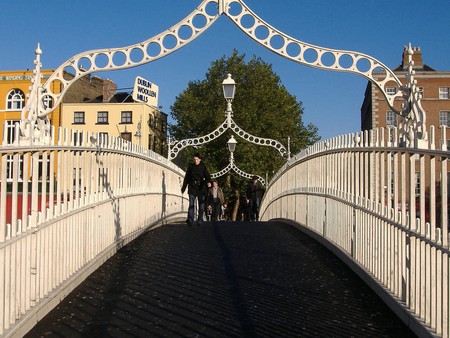 A Bridge By Any Other Name

Now officially called the Liffey Bridge and colloquially known as the Ha’penny Bridge, at one time, this overpass had another name. It was originally called Wellington Bridge, after the Dublin-born Duke of Wellington. It was renamed when the independent Irish Free State was established in 1922, along with many other Dublin landmarks named after members of the Protestant Ascendancy.

The Ha’penny Bridge is a single elliptical iron arch rising over three metres above high water at its peak. It was made of cast iron by the Coalbrookdale Company of England, who transported it to Dublin in sections. The superstructure is reported to have remained remarkably sound since then, but when a survey revealed that work was needed on the railings and deck due to wear and tear, it was closed for a few months of renovation in 2001. At that time, the number of pedestrians crossing the bridge on an average day was put at 27,000. Eighty-five percent of the original cast iron was re-used in the renovation project. 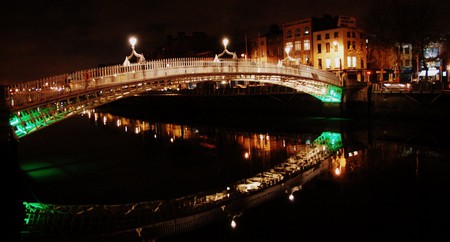 The Ha'penny Bridge at night | © LWYang/Flickr

Love On The Ha’penny Bridge

Like the Pont des Arts in Paris and many of the world’s other famous bridges, the Ha’penny saw a spell of having its famous white railings adorned with ‘love locks’, or padlocks with lovers’ names on them. After an initial attempt to discourage couples from the practise in 2012 proved unsuccessful, 300 kilograms of locks were removed from the bridge in 2013 over concerns about damage to this protected Dublin structure. 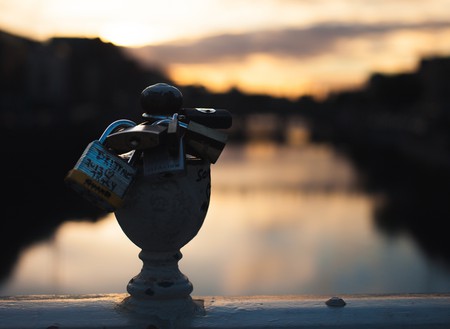