A History Of Dublin's Garden Of Remembrance In 1 Minute 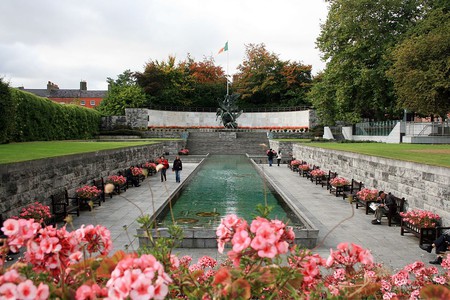 Dublin’s Garden of Remembrance is a memorial garden at Parnell Square, commemorating the lives of all those who died during Ireland’s struggle to gain independence from the UK. Honouring the memories of Irish fighters in six different uprisings across several generations, it is located at the very site where the Irish Volunteers – the military organisation who fought in the Easter Rising of 1916 – was established.

The Garden of Remembrance was officially opened fifty years ago – the fiftieth anniversary of the Easter Rising of 1916 – by the revolutionary leader and former President of Ireland, Éamon de Valera. The memorial garden was founded on the northern end of Parnell Square, in the former pleasure gardens of the Rotunda Hospital, which was configured during the 1700s.

This location was chosen for its close ties to Ireland’s history of rebellion; indeed the entire area was renamed after the Irish nationalist statesman Charles Stewart Parnell. The Conradh na Gaeilge – or Gaelic League – building at number 25, Parnell Square, was the site of important meetings of the Irish Republican Brotherhood in the lead-up to the 1916 Rising. 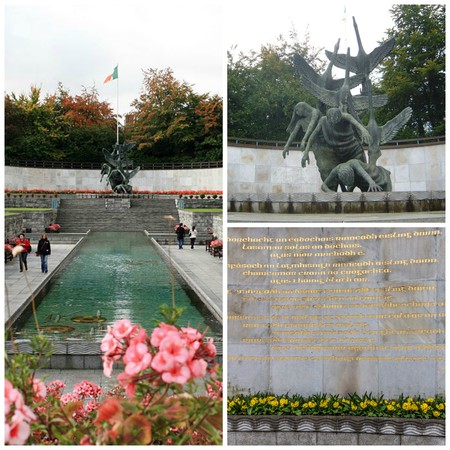 At number 41, Irish revolutionary forces prepared for the 1916 conflict and met with Éamon de Valera on the night before fighting started. Sinn Féin, Ireland’s republican political party, is still based at number 44 Parnell Square.

Based around a design by Dublin architect Dáithí Hanly, the memorial is a sunken water feature in the shape of a cross, with a sculpture representing the ancient Irish legend of the Children of Lir at its head. The sculpture was a commission by Oisín Kelly, the same artist who would later create the James Larkin statue on O’Connell Street. The Children of Lir – a story of four royal children turned into swans for 900 years before being made human again – was chosen as a symbol of renewal.

The memorial is intended to represent the sacrifice of ‘all those who gave their lives in the cause of Irish Freedom’, from the Irish Rebellion of 1798 through to the Irish War of Independence of 1919 to 1921. An aisling–style Irish poem by author Liam Mac Uistín features on the stone wall behind the sculpture, finishing with the lines, ‘Bondage became freedom and this we left to you as your inheritance. O generations of freedom remember us, the generations of the vision.’