A History Of Clonmacnoise In 1 Minute 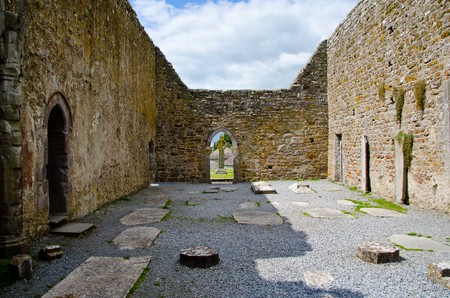 An Early Christian monastery dating back to the 6th century, Clonmacnoise in County Offaly was once one of the most important religious and scholarly locations in Europe. A world-famous historical tourist attraction, the monastic site was visited by Pope John Paul II during his 1979 visit to Ireland, and it welcomed nearly 160,000 visitors in 2015 alone.

The monastery was established in 544 by Saint Ciarán of Clonmacnoise, one of the twelve early Irish monastic saints that also included Saint Columba of Iona. Both had trained at Clonard Abbey under Saint Finnian, one of the pioneers of the monasticism that would become an important element of Irish cultural identity. Though he was its first abbot, Saint Ciarán’s time at the monastery was short-lived, as he died of the plague shortly after its foundation.

In spite of the loss of Saint Ciarán, the monastery prospered. Its Midlands location at the meeting point of the Shannon River and the prominent east-west road made it a strategic hub for modern Christianity in Ireland at the time, attracting religious scholars from across the country and wider Europe. From the 8th century onwards, as attacks on monasteries became more regular, its old wooden buildings were replaced with stone. During the 800s, the monastery became allied with the powerful Kingdom of Meath, no doubt upping its status and leading to the site becoming a burial ground for many High Kings of Tara and Connacht. The population had grown to around 2,000 men by the beginning of the 11th century, and it was held in equally high esteem as Clonard for learning. 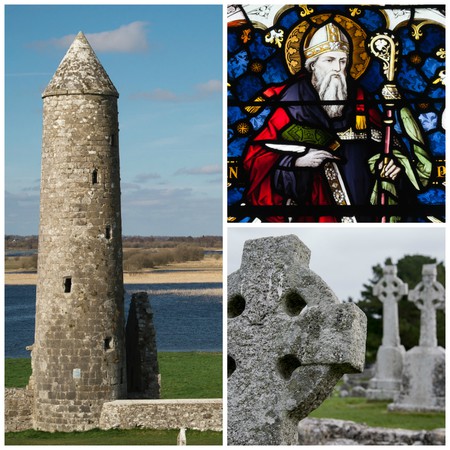 The development of the nearby town of Athlone has been credited as playing a role in the diminishing success of Clonmacnoise during the 12th century. Athlone’s prominence decreased foot traffic through Clonmacnoise and led to the departure of much of the surrounding community to this newfound centre, leaving the monks isolated and struggling for the next few centuries. Finally, in 1552, the English attacked what remained of the monastery, and it was destroyed, never to be lived in again.

Visiting the ruins of Clonmacnoise today, you will see the former cathedral, churches dating from the 10th to the 13th centuries, round defensive towers, and an expansive Early Christian graveyard. The 11th century Clonmacnoise Crozier – a stylised metal staff signifying high rank – has been moved to the National Museum of Ireland in Dublin.

📅 Open daily all year except December 25th and 26th.