A History Of Ashford Castle In 1 Minute

The medieval Ashford Castle in County Mayo has survived over seven centuries. Donated to the Irish government by the Guinness family in 1915, it was bought and turned into a hotel by Noel Huggard in 1939. The adjacent Lodge at Ashford Castle was recently voted the ninth-best hotel in the world in the Condé Nast Traveller Reader’s Choice Awards 2016.

Ashford Castle has had many owners throughout its long life. Its first elements were built in 1228 as the primary stronghold of the powerful Anglo-Norman de Burgo dynasty. The castle remained under their ownership until 1589, when it was taken over by Sir Richard Bingham, governor of Connacht following the 16th-century Tudor conquest of Ireland. It was later gifted to Dominick Browne, one of the first Catholics to serve as Mayor of Galway, during the late 17th century. The Brownes updated the castle’s architecture by adding a French-style chateau. 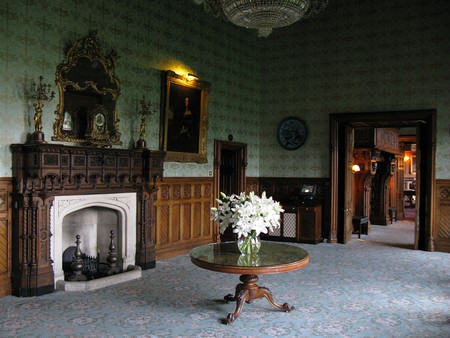 A parlor and fireplace on the ground floor of Ashford Castle, County Mayo | © Jlahorn/WikiCommons

In 1852, Sir Benjamin Lee Guinness of the famous brewery bought the estate at Ashford. Under the Guinness family, the lands were extended and buildings renovated in the neo-gothic style. What is now The Lodge at Ashford Castle was added in 1865, doubling as a residence for the estate manager and a guesthouse. When Benjamin’s son Arthur Guinness died in 1915 the castle went to the Iveagh Trust, an affordable housing authority founded by his younger brother Edward. In 1939, it was bought by Noel Huggard, who transformed it into a renowned country hotel. 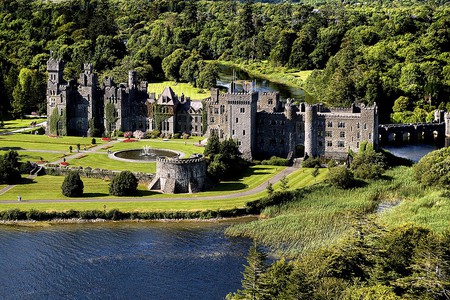 Over the years the castle at Ashford as played host to some world-famous guests, both as a private home and a hotel. Visitors have included King George V, writer Oscar Wilde, The Beatles‘ members John Lennon and George Harrison, and US President Ronald Reagan. During filming of the Academy Award-winning film The Quiet Man (1952), actor John Wayne and other cast members stayed at the castle, and the grounds were used as a location in the film. More recently, contemporary celebrities like Barbara Streisand and Brad Pitt have been guests.

Now owned by Red Carnation Hotel Group, the five-star accomodations Ashford Castle underwent a major overhaul in recent years, re-opening in April of 2015. The refurbishments and addition of a new spa have paid off, with visitor numbers up significantly. The four-star Lodge at Ashford Castle, also owned by Red Carnation, was recently voted number nine of the world’s top 50 hotels by readers of Condé Nast Traveller magazine.