A Guide To Dublin’s Historic Theatres 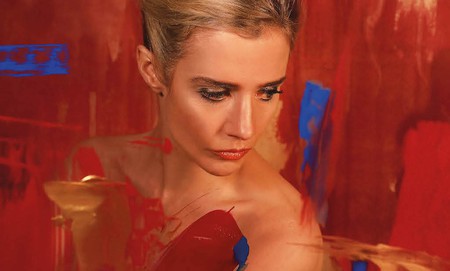 Ireland is known for having produced an unusually high number of literary geniuses for its population, and their impact on the world of theatre has not been small. Many famous Irish playwrights had to go abroad to hone their skills, but playhouses like The Abbey were able to nurture others at the early stages of their careers. Here we look at how Dublin’s major theatres shaped and were shaped by Irish cultural history.

Dublin’s Theatre Royal at Smock Alley opened in 1662 and was one of three major theatres built across the United Kingdom as part of King Charles II’s Restoration of the English monarchy, making the Smock Alley Theatre the city’s oldest still in operation – although not in continuous use. Closing as a theatre in 1787, the historic building on the south Dublin quays served a multitude of functions throughout the intervening centuries – including acting as a whiskey store and a Catholic church – before being at long last returned to its original purpose in 2012, once again coming to host performances of theatre, song and dance. Describing itself as ‘Dublin’s oldest, newest theatre’, they now run in-house productions, festivals and training programmes for theatre professionals. 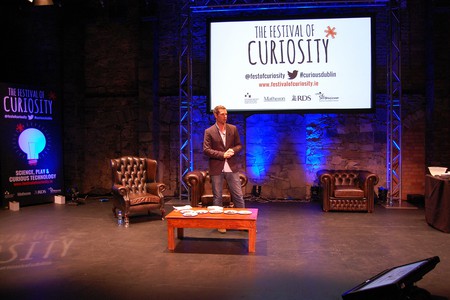 The Festival of Curiosity at Smock Alley Theatre | © Sandra/Flickr

The glamorous Gaiety Theatre first opened to the public in 1871, making it Dublin’s oldest continuously producing theatrical space. Its opening night was attended by John Spencer, then-Lord Lieutenant of Ireland. With the increase in Irish theatre attendance that accompanied the end of its War of Independence, this grand Victorian building situated just off St. Stephen’s Green became a true Dublin landmark. Indeed, there are bronze-cast handprints of the many famous performers who have graced its stage set into the pavements outside – featuring names from Niall Tóibín to Luciano Pavarotti, alongside playwrights like John B. Keane and Brian Friel. As well as hosting numerous Irish and international productions, The Gaiety produces its own festive pantomime every year – a highlight of the Dublin Christmas calendar. 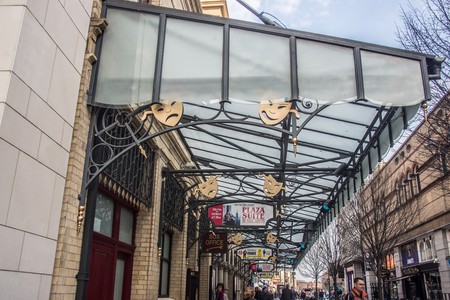 Soon after The Gaiety came the opening of Dame Street’s The Olympia Theatre – then known as Dan Lowrey’s Star of Erin Music Hall – in 1879. Like many other Dublin monuments, it was renamed following Irish independence and has remained in operation except for a brief closure during the 1970s when parts of its ceiling collapsed during a rehearsal break for the cast of West Side Story. But this stalwart of the Irish musical and theatre scene has known more recent bad luck – in 2004, a truck crashed into its entrance, demolishing a cast-iron and glass canopy dating back to the 1890s. Thankfully, it was later restored. 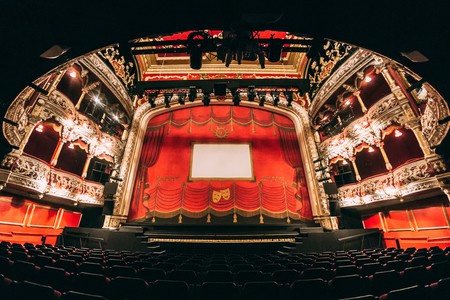 Also known as the National Theatre of Ireland, The Abbey Theatre welcomed its first visitors in December 1904, having been founded by W. B. Yeats, Lady Gregory, Æ Martyn, and John Millington Synge. It went on to have a profound impact on Irish theatre, increasing interest in Irish-made works, becoming an important element in the Irish Literary Revival and producing early plays by many of the country’s best playwrights, including works by its founders as well as people like George Moore and Seán O’Casey.

Even so, The Abbey incited nationalist protests with some of its performances, most notably Synge’s The Playboy of the Western World in 1907. Surviving these hard times, in 1925 it was granted a yearly subsidy from the Irish Free State government, becoming the English-speaking world’s first state-subsidised theatre. Today, it is still known as a writer’s theatre and is one of the best known and most highly respected Irish theatres internationally.

In contrast with The Abbey’s focus on Irish writers at the time, The Gate Theatre was founded in 1928 with the intention of staging major international works, and especially European classics. It moved into a beautiful Georgian building formerly part of the Rotunda Hospital complex, where world-renowned talents like Orson Welles and Michael Gambon began their storied acting careers. The Gate was also responsible for the Irish premieres of works by playwrights like Henrik Ibsen. More recently, it hosted its first major musical in 2007 – Stephen Sondheim’s Sweeney Todd. 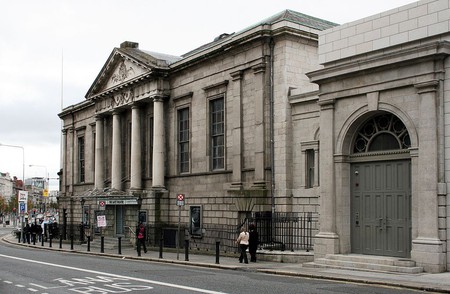 The Gate theatre | © Sir James/WikiCommons
Give us feedback