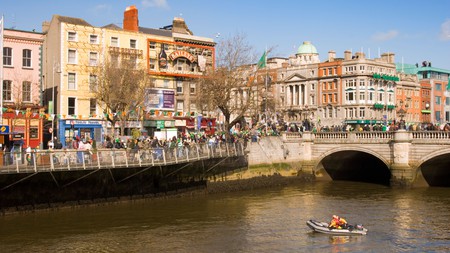 Saint Patrick’s feast day on 17 March is celebrated around the globe: but who was Patrick, and how did he become Ireland’s patron saint?

Much of Saint Patrick’s life is shrouded in mystery, which is understandable, seeing as it’s thought he was born in the late 4th century. It’s believed that his name was originally Maewyn Succat and that he was raised in a religious family (his father was a deacon) in Roman Britain. Despite his upbringing, the young boy who was to become Saint Patrick is said not to have had a strong faith of his own. In what are thought to be his own writings, the saint stated that he only found God after being kidnapped by Irish pirates at the age of 16, brought to Ireland and subjected to slavery. 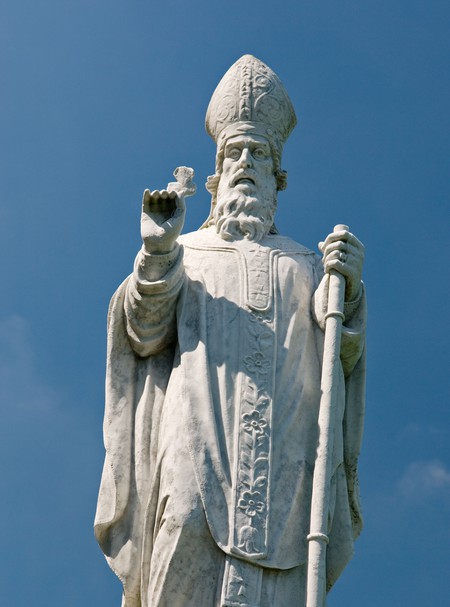 Statues of St Patrick can be found throughout Ireland, watching over the country | © David Lyons / Alamy Stock Photo

For six years he was held captive, working as a shepherd (allegedly on the mountain of Sliabh Mis, County Antrim) and discovering his faith in God. He is said to have escaped from Ireland at the age of 22 and eventually found his way back to his family. He then began to study Christianity, becoming a cleric and taking the name Patrick.

After apparently having a vision inspiring him to return to Ireland and preach the word of God, Patrick decided to do just that. His supposed landing site is at Three Mile Water, Brittas Bay, in Leinster, though he practised throughout the country. Patrick is credited with bringing Christianity to Ireland, where people primarily worshipped many Celtic gods. In his written Confession, Saint Patrick states that he went on to baptise thousands and became bishop of Armagh. He and his followers are said to have built many of Ireland’s earliest churches, such as the one at Saul, County Down, which has been credited as the first Christian church in Ireland. 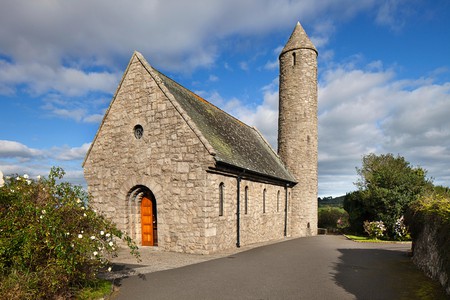 Saint Patrick is thought to have died on the March 17 461. Long after his death, various legends began to appear about him and his works, such as the story of his having banished snakes from Ireland. In fact, there were never any snakes on the island in the first place – the myth is believed by many to be a metaphor for his banishing paganism from Ireland and replacing it with Christianity.

Saint Patrick has long been recognised as Ireland’s primary patron saint for his role in bringing Christianity to the country. His feast day is celebrated annually in Ireland and countries across the world, most notably in areas where the Irish diaspora have settled, such as Boston, which has a large Irish-American population. The best celebrations are possibly in Ireland’s capital; parades, pub visits, folk music sessions and dancing are all common features of a traditional St Patrick’s Day in Dublin. 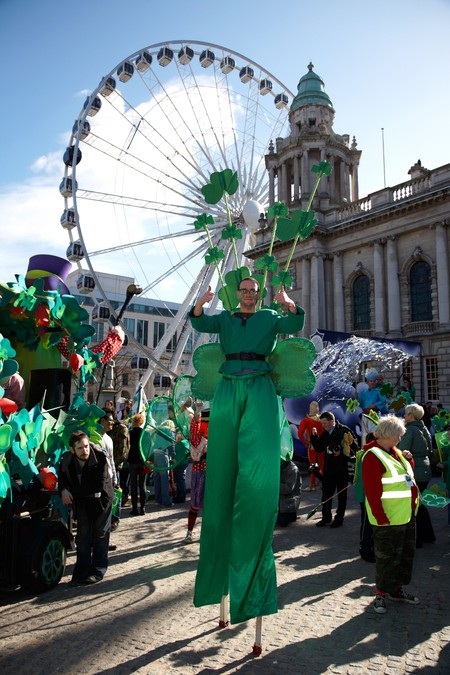 Today, St Patrick’s feast day is a time of celebration across Ireland | © Radharc Images / Alamy Stock Photo
Give us feedback