The small island off the west coast of Great Britain may only be home to 6.3 million people, however it has produced some of English literature’s greatest and timeless writers. From well-thumbed classics to brand new contemporary works from writers to watch, the following list is a selection of nine books from Ireland’s very own literary canon which all thoroughly deserve a place on your bookshelf. 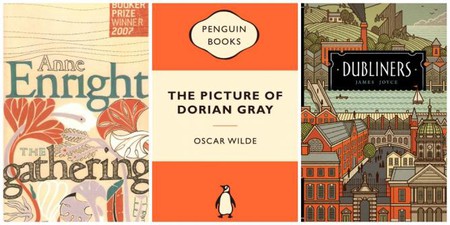 The first of the The Barrytown Trilogy, Roddy Doyle’s novel details the lives of a group of unemployed youths in Ireland’s capital as they form a soul band and attempt to make a success of it beyond Northern Dublin. Whilst most would be familiar with the film adaptation created in the 1990s, the novel is actually focused far more on the comedy than the socio-political documentary that runs alongside the feature-length comedy-drama. In 2013, a musical stage production started its residency in The Palace Theatre of London’s West End, proving Doyle’s lasting appeal and success. So, for a read that will have you laughing out loud and dusting off your old soul compilation albums, ‘The Commitments’ is a guaranteed pick-me-up.

Considered the ‘doyenne’ of Irish literature, Edna O’Brien is a greatly celebrated novelist, poet and playwright whose first work, ‘The Country Girls’, is recognised for its contribution to the development of discussions of sexuality, amongst other social issues, in a post-war period that was particularly repressive. ‘The Country Girls’ was indeed censored by the Irish authorities, however it remains today ‘a treasure . . . powerful . . . intelligent . . . ironic’ (The New York Times Book Review). The story traces the journeys of school friends Kate and Baba as they come of age and discover life and love away from the sheltered country environment of their youth. O’Brien’s work has traces of James Joyce’s influence, particularly that of ‘Dubliners’, as she presents a mirror of the realities of 1950’s rural and urban Ireland.

The original Gothic horror story, Bram Stoker’s Count Dracula moulded modern representations of the vampire in literature, film and popular culture. The story details Dracula’s attempts to relocate to England from his home in the Carpathian Mountains, Transylvania, and his conflict with the Dutch Professor Abraham Van Helsing who seeks to force Dracula back into the mountains and end his reign of terror, Taking an epistolary form, Stoker’s novel unfolds in a series of letters, diary entries and ship’s logs forcing the reader to play a role and put the pieces of this ultimate supernatural tale together. 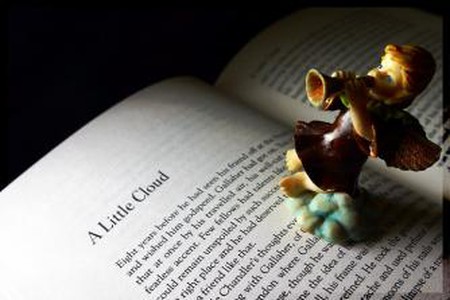 James Joyce’s collection of short stories, describing the lives of Dubliners from childhood to maturity. was surrounded by controversy when it was first published in 1914. The London House of Grant Richard’s had initially agreed to publish it in 1905 but then burnt copies of the book in response to backlash about Joyce’s representation of Irish figures, particularly that of the priest in the first story ‘Two Sisters’. Joyce described the collection as his ‘nicely polished looking glass’, looking in through the windows of the lives of real people in the city and piecing them together to create a kind of map of 20th century Dublin. Joyce thus invites his reader on a geographical journey around the city whilst simultaneously taking us through the different stages of life of his characters.

Hugo Hamilton’s novel pays tribute to fellow writer Nuala O’Faolain, with whom he enjoyed a great friendship until her death at 68 from metastatic cancer. O’Faolain’s memoirs had made her an internationally renowned name in feminist literature and Irish culture as, rather than documenting from afar, she places herself right in the centre of her work. In 2008, in the last staged of her life, Hamilton took Nuala to Berlin and these last few days together inspired a, in the words of Hamilton himself, ‘smudged portrait’ of their time together: the relationship between the person sat in the wheelchair and the person pushing it is examined in this shared experience.

After starting the competition as a dark horse, Anne Enright’s ‘The Gathering’ was awarded the Man Booker Prize in 2007 with the judges reaching a unanimous decision. Describing it herself as ‘the intellectual equivalent of a Hollywood weepie’, Enright’s fourth novel follows 39-year old narrator Veronica as she attempts to make sense of her brother’s death and, resultantly, discovers some uncomfortable truths about her family’s past. Taking place in both England and Ireland, the narrative marks a journey which tracks the external and delves into the internal, showing a glance back to the techniques used by Enright’s literary predecessors such as Beckett and Joyce. 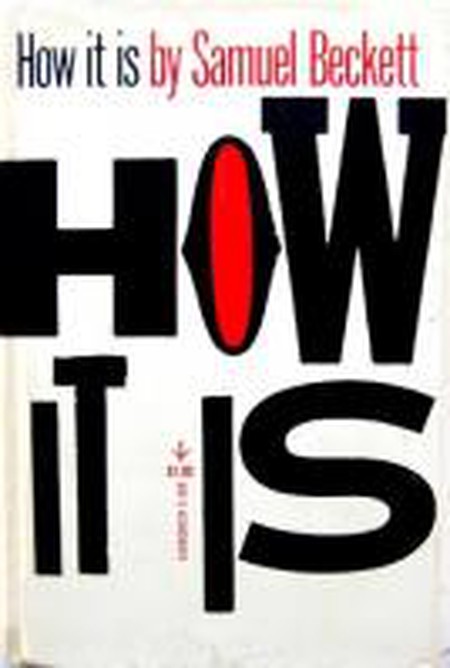 Originally written and published in French in 1961, ‘How It Is’ is largely considered to be one of Beckett’s greatest achievements, pushing stylistic and narrative boundaries. Divided into three sections, the reader effectively listens in on the narrator’s monologue as he considers his life from his motionless position in the ‘mud-dark’. Critics have considered this ‘mud-dark’ to be a kind of purgatory and the protagonists struggle, as in places comparable to Dante’s Belacqua, who is found in purgatory in the foetal position under a rock. This imagery is not exclusive to ‘How It Is’ but has been noted in his first novel, ‘Dream of Fair to Middling Women’,in the character of Belacqua Shah, and ‘More Pricks than Kicks’. Beckett is one of the most intriguing writers of the Irish literary canon, taking traditional forms of literature – such as the novel – and using them to convey powerful messages of subjectivity. 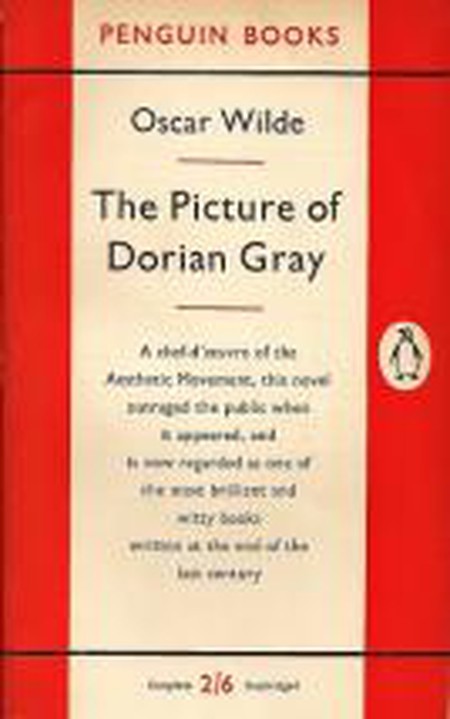 The only novel to be written by the famous writer and playwright Oscar Wilde, ‘The Picture of Dorian Gray’ was first serialised in 1890 by Lippincott’s Monthly Magazine, after the censorship of some five hundred words. Wilde creates for us a world of decadence and pleasure, following the corruption of the young and beautiful Dorian Gray as he sacrifices his soul for eternal youth. Influenced by the hedonistic charm of Lord Henry, Dorian spirals into the dark underworld of fin-de-siècle aristocraticsociety and embarks on an explorative journey of sex and wealth. The inclusion of homoeroticism is just one reason Wilde’s novel received such a backlash at the time of publication, however a modern reader can appreciate the aesthetic ideals – ‘art for art’s sake’ – Wilde championed and enjoy the deliciously wicked story of obsession and debauchery.

Inspired by the Fritzl case of 2008, where it emerged that 42 year old Elisabeth Fritzl had been kept hostage by her own father in the basement of their family home in Austria for 24 years, Donoghue’s ‘Room’ takes the perspective of 5-year old Jack, who lives with his mother in a similar space designed to hide them from the world. Irish-Canadian, Donoghue won the 2011 Commonwealth Writers Prize, amongst many other awards and shortlists, for this work which movingly documents Jack’s perception of life in ‘Room’ and his coming to terms with the concept of the world outside. Work towards a film adaptation has been confirmed, with Brie Larson starring as Ma, and Irish film and television director Lenny Abrahamson set to direct.