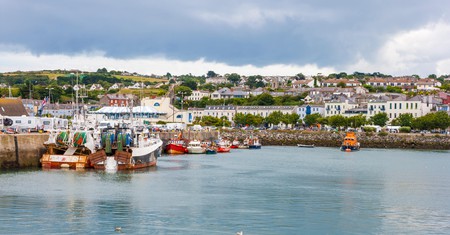 Escape the bustle of Dublin’s city centre for the tranquillity of the beaches with a day trip on the DART. Within an hour, visitors can leave the city hubbub behind to explore the rugged coastline and hills of the surrounding landscape.

Dublin’s public transport rail system, the DART, makes it easy to take a quick day trip out of the city. Running along a scenic coastal track, it stretches from the seaside village of Howth to the mountain town of Greystones. A Leap Visitor Card, which is just €10 for a 24-hour day ticket, gives visitors the chance to explore the county’s most beautiful coastal villages.

Head southwards from the city centre on a swift 20-minute journey to the seaside suburb of Blackrock. Make a stop at the family-owned café The Wooden Spoon and order a “full spoon” traditional breakfast, which features classic Irish white and black pudding as well as sausages, bacon, eggs and toasted sourdough bread. Visit on the weekend for the chance to explore the Blackrock Market, a flea market that sells Irish antiques, bric-a-brac, food and handmade jewellery. 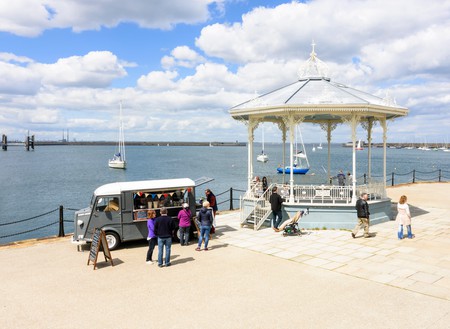 Dating back to the 1820s, this picturesque coastal town forms the central hub of several areas along the south coast of Dublin. There is plenty to do in Dún Laoghaire, from cruising the coast on a boat trip to wandering through the James Joyce Museum, which is housed inside a retired Martello tower. A popular swimming spot known as The Forty Foot is also nearby; head to this rocky cove on a hot day for a refreshing dip. Dún Laoghaire is just 30 minutes from Dublin’s city centre on the DART.

Escape the city on Killiney Beach 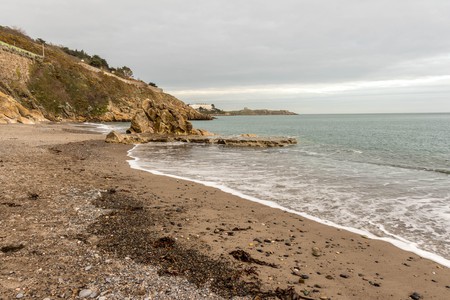 Make sure you have your camera phone ready as the train approaches Killiney station from the north. On this 40-minute journey, commuters are treated to some of the most stunning views along the Dublin coastline, overlooking the pristine sands of Killiney Beach with a glimpse of Bray Head in the distance. Take a climb up the hill in the park to see one of the most spectacular panoramic views in Dublin. You’ll be able to see Wicklow to the south, and to the north, you can gaze across Dublin Bay as far as the Howth Peninsula.

The journey to Bray takes you south of the city to straddle the Dublin-Wicklow border, but it is just a 50-minute trip from Dublin’s city centre. This destination is for avid walkers; the bracing walk from Bray to the neighbouring town of Greystones takes you along a beautifully unspoilt cliff path. If you’d prefer a more laid-back day trip, take a stroll through the formal gardens in Killruddery House, the home to the Earls of Meath since 1618. This historic building also has a tearoom where you can enjoy sandwiches and sweet pastries made with ingredients grown in the gardens and sourced from local Irish suppliers, along with a selection of Irish blended teas. In the summer, an ice-cream bicycle tours the grounds. 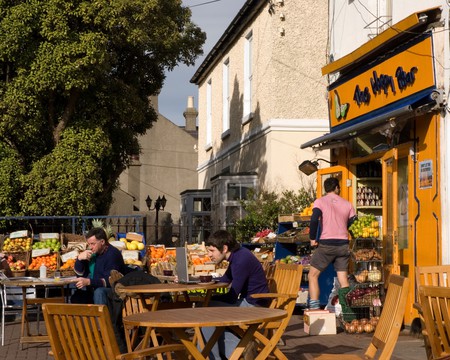 Greystones, DART’s southernmost point, is a popular coastal resort town just an hour away from Dublin’s centre. Perched on the edge of the Irish Sea, it lies in the shadow of the scenic Wicklow Mountains. Take a dip on the Blue Flag beach, before refuelling at The Happy Pear café for lunch – the vegan twin brothers behind this cheerful spot, which has been endorsed by Jamie Oliver, have been an integral part of the healthy eating takeover in Dublin since 2004. Before you return from your day trip, stop off at Mrs Robinson for a traditional Irish pub experience. With cosy leather armchairs, vintage furnishings and a range of classic cocktails, this nostalgic venue is the perfect place to end your day trip to Greystones.

Less than half an hour outside of Dublin’s city centre on the DART, you’ll find the working harbour of Howth. Explore the quaint fishing village, taking in the old lighthouse at the end of the East Pier. The Cliff Path Loop walk leads past the Bailey Lighthouse to Howth Summit, with stunning views back towards Dún Laoghaire and the Dublin Mountains, but it is not a trip for those afraid of heights. Howth is where much of Dublin’s seafood is caught; get an order of piping hot fish and chips from Beshoff Bros, which has been serving Howth’s catch of the day for three generations. Eat it while relaxing on a bench in the harbour, watching the boats sail by as the sun sets; just make sure to fend off the seagulls.

Take a journey into history at Malahide and Portmarnock 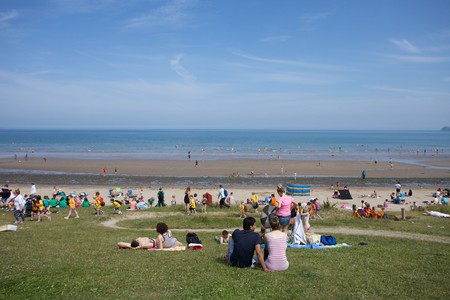 A 30-minute trip north to Malahide is a wonderful day trip from Dublin for those interested in Irish history. If you’re a Bram Stoker fan, Clontarf is worth a stop, offering the chance to visit the writer’s former home at Marino Crescent. Otherwise, get off at Portmarnock and head for the gorgeous Velvet Strand Beach, before following the path beside the beach all the way to Malahide. Walk around the town and marina or see the 12th-century Malahide Castle and Gardens. It’s rumoured to be the most haunted castle in Ireland; take a guided tour to learn about the castle’s ghostly legends.