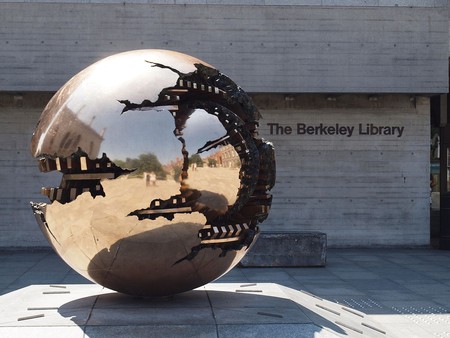 With literary traditions dating back to early written mythology of the 8th century – or possibly even earlier – the Irish capacity for storytelling is recognised worldwide. Throughout the 19th and 20th centuries, Ireland produced some of the finest writers of English-language literature on Earth, from Jonathan Swift to Bram Stoker, from Oscar Wilde to James Joyce, and many others in between. Here, we take a look at the Irish writers carrying those traditions on in the 21st century.

Born in Wexford, Colm Tóibín only learned to read at the age of nine, but after falling in love with the writings of Ernest Hemingway in his late teens, he has gone on to become one of Ireland’s most successful contemporary authors. Exploring themes of Irish society, creativity, personal identity and the Irish diaspora, his books have been translated into more than thirty languages. In 2006, his novel The Master won the International DUBLIN Literary Award, and his work has been shortlisted for the Man Booker Prize three times. Last year his 2009 novel Brooklyn was made into a film that garnered three Academy Award nominations.

A former producer of the popular Irish comedy show Nighthawks, Anne Enright is an Irish author and a fellow of the UK’s Royal Society of Literature. She started writing at the age of 21 when given an electric typewriter as a birthday gift from her family. In 2007, her fourth novel The Gathering won the Man Booker Prize. Her novels incorporate the themes of Irish history, Catholicism and family relationships, as well as love and sex. Her writings have appeared in publications like The New Yorker, The Paris Review and the London Review of Books.

Best known for her fiction, Dublin-born author Emma Donoghue studied at University College Dublin in the late 1980s before travelling to the University of Cambridge to complete a PhD on the concept of friendship between men and women in 18th-century English fiction. She has written five short story collections and eight novels, including Frog Music and the internationally best-selling Room. The latter won multiple awards and was a finalist for both the Man Booker Prize and the Orange Prize (now the Baileys Women’s Prize for Fiction), and Emma also earned an Academy Award nomination for her screenplay of the film adaptation.

Another County Wexford native, John Banville was Literary Editor at The Irish Times from 1988 to 1999. He published his first book – a short story collection entitled Long Lankin – in 1970, before going on to write 17 novels. His 2005 book The Sea, a story of love and loss written in the style of a reflective journal, won him the Man Booker Prize. The Washington Post has called him ‘one of the most imaginative literary novelists writing in the English language today.’

A writer of feminist fiction for young adults, Louise O’Neill won several awards for her best-selling debut novel Only Ever Yours, in which she imagines a future where women are playthings created solely for the pleasure of men. Her second novel, Asking For It, explored questions about rape culture and consent. It was named the young adult book of the year at the Irish Book Awards 2015 and described as ‘riveting and essential’ by the New York Times. The Guardian newspaper has called Louise ‘the best young adult fiction writer alive today’; unsurprisingly, the rights to both of her books have been bought.

Born in Dublin, Paul Murray is the author of three successful novels. 2003’s An Evening of Long Goodbyes – the story of a lazy Trinity College dropout – was shortlisted for both the Whitbread First Novel Award (now the Costa Award) and the Kerry Group Irish Fiction Award. His tragicomic second novel, Skippy Dies, was longlisted for the Man Booker Prize in 2010 and ranked number three on Time magazine’s top ten works of fiction from that year. Paul’s most recent work, entitled The Mark and the Void, featured on the same Time list in 2015.

Born in 1976 in Liverpool to Irish parents, Eimear McBride grew up in the west of Ireland. She studied acting at Drama Centre London and travelled extensively before writing her debut novel at 27. A Girl Is a Half-Formed Thing is about a young woman and her complicated relationship with her brother, who had a brain tumour in childhood. Achieving widespread acclaim, it was awarded the inaugural Goldsmiths Prize for groundbreaking fiction in 2013, the 2014 Baileys Women’s Prize for Fiction, the Kerry Group Irish Novel of the Year 2014 and several other accolades. Her second novel, The Lesser Bohemians, has just been published.