These Irish Sports Should Be In The Olympics 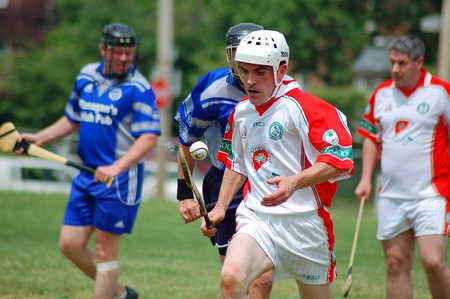 Throughout the last several centuries Irish emigrants have established communities worldwide, and they have brought their native games with them. The Gaelic Athletics Association (GAA) has both regional and club units across the continents, in the United States, Britain, Australia, China, mainland Europe and elsewhere. We look at five Irish sports not represented at the Olympics that should be.

This is Ireland’s most popular sport in terms of attendance. Gaelic football’s All-Ireland Senior Final is the last game of the GAA’s summer inter-county championships, and brings a crowd of over 80,000 to Dublin’s Croke Park. Supporters race to get tickets for the biggest day on the Irish sporting calendar, and century-old rivalries, such as that between Cork and Kerry, remain as potent as they ever were. London and New York are the only two foreign Gaelic football teams that participate in the All-Ireland Senior Football Championship every year, as part of the Connacht provincial knock-outs. 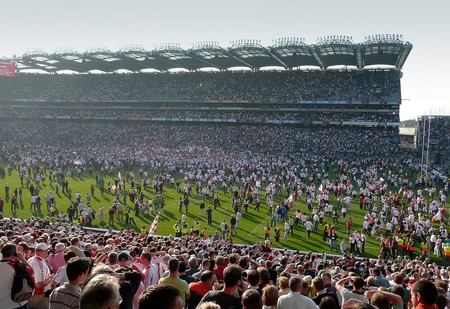 The native Gaelic stick-and-ball sport of hurling has been played on Irish soil for over 3,000 years, and by the Irish diaspora across the world. Fast-paced and exhilarating to watch, it has all kinds of Olympic potential – hurling’s All-Ireland Senior Championship Final was named number two on CNN’s list of ’10 Sporting Events You Have To See Live.’ In fact, hurling already made its Olympic debut, as an unofficial sport at the 1904 Summer Olympics in St. Louis, Missouri, but it hasn’t appeared again since.

Camogie is broadly similar to hurling, except that it is played by women. Some of the rules differ – camogie players can hand pass the ball to score while hurlers cannot, for example, and the shoulder-to-shoulder charging so often seen in hurling is not allowed in camogie. A smaller sliotar (ball) is also used, and games are ten minutes shorter. Camogie’s popularity is growing internationally. The first European camogie team was formed in 2007, bringing together players from clubs in Belgium, Switzerland and Luxembourg. Belgium are now European GAA’s most successful club, winning the Ladies Football, Hurling and Camogie European Championships in 2015. 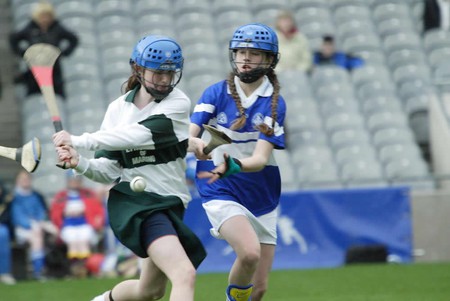 A Camogie game being played at Croke Park, Dublin | ©MaxPride/WikiCommons

Like the American version, Gaelic handball is played in a court or alley, and involves using your hand to hit a ball against a wall in a manner that prevents your opponent from hitting it back before it bounces off the floor twice. It is similar to Basque pelota, racquetball and squash. Irish and Scottish immigrants brought Gaelic handball to the wider world, resulting in it being played in over 74 countries today. Men’s and women’s tournaments of European handball already feature at the Olympics. 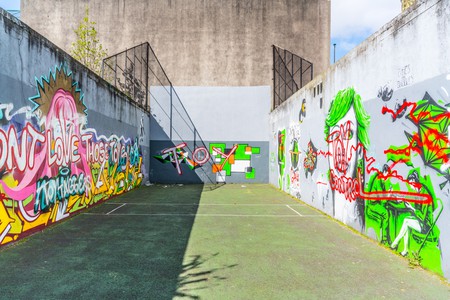 Irish road bowling is an ancient Irish sport that dates back to the 17th century, in which bowlers aim to get an iron or steel ball a certain distance in the fewest number of throws. Today it is mainly played in Cork and Armagh, although there is an All-Ireland competition. The Irish team played against road bowling teams from Holland, Germany and Italy at the European Championships in Holland this year, where they came first in the Senior Men and Under-18 Girls categories. 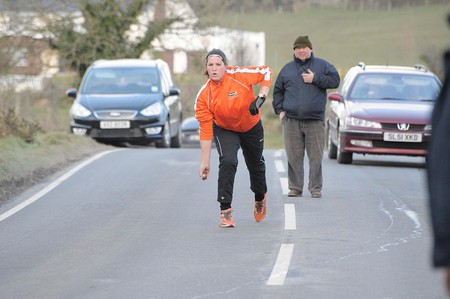 Road bowling | ©Dennisleussink/WikiCommons
Give us feedback