15 Reasons You Should Visit Galway, Ireland 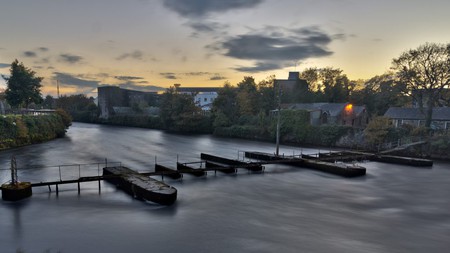 For a city with a population of just 80,000 (though another 180,000 live in the surrounding county), Galway holds a disproportionate interest for international visitors. Why? Lacking Dublin’s buoyant international business scene, Belfast’s conflicting cultures or Cork’s sometimes abrasive individualism, Galway has become a bastion of arts, independent business, lively nightlife, and staunch Atlantic traditionalism. It feels relaxed yet distinct in character, sure of itself and unafraid to flaunt its rustic beauty. To many, the result is the single location that best represents what Ireland is truly about. Here are the city’s best corners.

A rustic but extremely high-end restaurant dedicated to ethical supply and an organic ethos, one of the great things about Kai is how it moves with the seasons, making it very difficult to predict what you might be chowing down on before you walk in. A short detour to Sea Road for a daytime cafe is a must do; for meals, you’ll likely need to book ahead for this popular spot. Check out the nearby seafood restaurants, too.

A toy shop that feels like it’s been lifted straight out of the middle of last century, The Wooden Heart sells dolls, hand-carved wooden toys, and imaginative, adventurous offerings for littles ones to get stuck into. It does no harm at all and is perhaps the most picturesque old building on Quay Street, often found with a busker sat right outside its perfectly-curated window to soundtrack your rummaging.

A long stretch of seaside walkway lined with plush hotels and penny arcades, Salthill Promenade is the bit of the city that’s resigned itself to a charming kind of throwback, localized tourism. Perfect for a stroll in the often wind-battered beaches, it has views across Galway Bay, and you might well be tempted by the frosty Atlantic when you see that diving platform against a sunset backdrop. 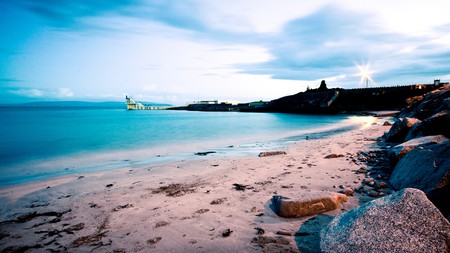 Centuries old, the local food market in Church Lane starts simple, with bread, fruit, and vegetables, but has expanded to make this a perfect spot to eat out on the run, or explore local (and not so local) delicacies. The tented corner is at its best on Saturdays (hours vary depending on when you visit, info here), where those shopping for breakfast mingle with local artists and tourists.

The craft beer scene in Ireland is growing fast, but Galway Hooker (named after a local type of boat) was one of the first to emerge and – with a distinctly complex pale ale flavour – is still one of the best. Started in Oranmore, just outside the town itself, by two brothers as recently as 2006, the brew is now almost as ubiquitous in the town as the famous black stuff from down the road in Dublin.

A far cry from many of the aging churches that line Ireland’s streets, Galway Cathedral was built in the 1960s, and contains an unlikely relic in a mural dedicated to John F Kennedy. Sat on the banks of the Corrib, the weird mishmash of architectural styles will fascinate those with a love of buildings; for others, it’s simply a stark, reverent and slightly bleak feeling symbol of the city.

Dedicated to arguably the greatest symbol of Galway’s culture, the Claddagh Ring Museum explores centuries of history around the romantic jewelry of the Callagh district. The rings – consisting of two hearts and a crown – can symbolize availability or romantic attachment. As well as exploring the ring itself, the museum gives plenty of local historical context through its varied relics.

Traditionally the weakest of the four Irish provincial rugby clubs (who play in a joint Irish, Scottish and Welsh division), Connacht‘s more recent fortunes have seen them transformed from something of a feeder club for the rest of Ireland to a team playing really attractive and successful rugby. They play in the (relatively) tiny Galway Sportsgrounds, meaning you can get right up close to the thundering action.

Easily one of Ireland’s most picturesque streets, Galway’s main shopping spot – aptly named Shop Street – is a pedestrianized stroll invariably crammed with buskers and street performers, but Quay Street is where to go to grab a bite to eat. The pubs call you in and the shops have bright, enchanting fronts and beautiful window displays. It’s still shopping, but soundtracked, mellow, and infinitely nicer to look at. 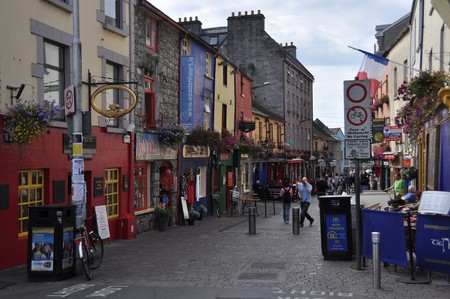 Widely touted as amongst the best pubs in Ireland, Roisin Dubh is a combined pub and live music venue, with its music curated by local legend Gugai, and a real social hub for Galway’s artsy aficionados. You’ll find something on pretty much every night of the week (and some of the best acts in Ireland appear here regularly), but even when it’s relatively quiet musically, this place is a massive social hub that’s rarely less than packed with buzzing locals. Occasionally, the entire street is turned into a ‘silent disco’. Let’s face it, being popularly seen as amongst the best places to drink beer in Ireland is no mean feat.

The Corrib is a fairly mellow river until it collides with the shore-side of the city itself, but a cruise on its waters is a great way to explore the castles and wildlife, and get a feel for the outskirts of Galway city. Most cruises takes you up to Lake Corrib, the largest lake in Ireland. The occasional nighttime versions might not offer much in the way of sightseeing, but replace the views with a DJ and lively bar, making for a different kind of night out, too.

An annual event in honour of Atlantic seafood, held in September, which inevitably permeates through Galway’s culture. The oyster festival has its big events: the oyster opening world championship, the parade, or the dressy dinner and ball, but it’s the way it infuses into the city more broadly that’s most special. Take the pubs, which often temporarily serve a small plate of oysters alongside certain pints – matched to suit the seafood, naturally. Dig in. 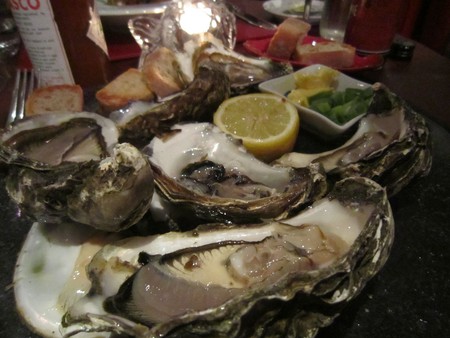 The kind of slightly shambolic (largely) second-hand bookshop that many a book lover could spend hours exploring, Charlie Byrne’s is a Galway institution. They claim to stock over 100,000 books at any one time, each tucked away on sweeping bookshelves and overflowing tables, and if that’s not enough, they open up a motherload at the warehouse on Saturday’s, too.

A company called Outdoors Ireland are the main provider of kayak trips in Galway, which is a fantastic setting for the sport, in that it offers almost every version imaginable. For experts, there’s surfing the splashing waves of the lock in front of enraptured audiences sat around by the Spanish Arch. For the beginners, there’s sedate Lough Corrib, and sea kayaking (weather dependent) offers a happy middle ground, with trips out towards Mutton Island that usually encounter seals, and occasionally killer whales.

Dating back to the 16th century, the Spanish Arch itself is two hefty gates constructed out of dense local stone. The area has become jokingly known as ‘Buckfast Plaza’ in recent years, a reference to a local love affair with a notoriously messy tonic wine, commonly consumed there in lieu of the local pubs. It’s technically illegal (though rarely enforced) to drink so publicly, but in this case a real Galway experience: this spot is a real social hub of the city. 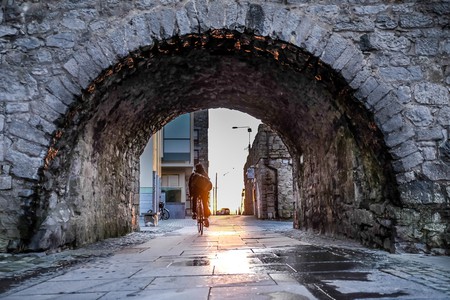