Temple House | © Rafal Borek Photography / Courtesy of Temple House
Thanks to its lush landscapes and abundance of grand country houses in remote, romantic locations, Ireland is the dream setting for a pastoral wedding. Read on to discover some of the most fabulous places to get hitched in the Irish countryside.

Getting married at the stylish 18th-century country house of Ballyvolane in County Cork will be a dream come true for fans of rustic-style weddings. The property possesses its own brand of self-described ‘ancestral chic’ – from the entrance hall with a Blüthner baby grand piano to the 80 acres of surrounding formal gardens and parkland. Ceremonies can take place in the elegant drawing room, outside in the gardens, or in a stone hay barn, while the meal is set up in a vintage-style outdoor tent that can seat up to 140 guests. 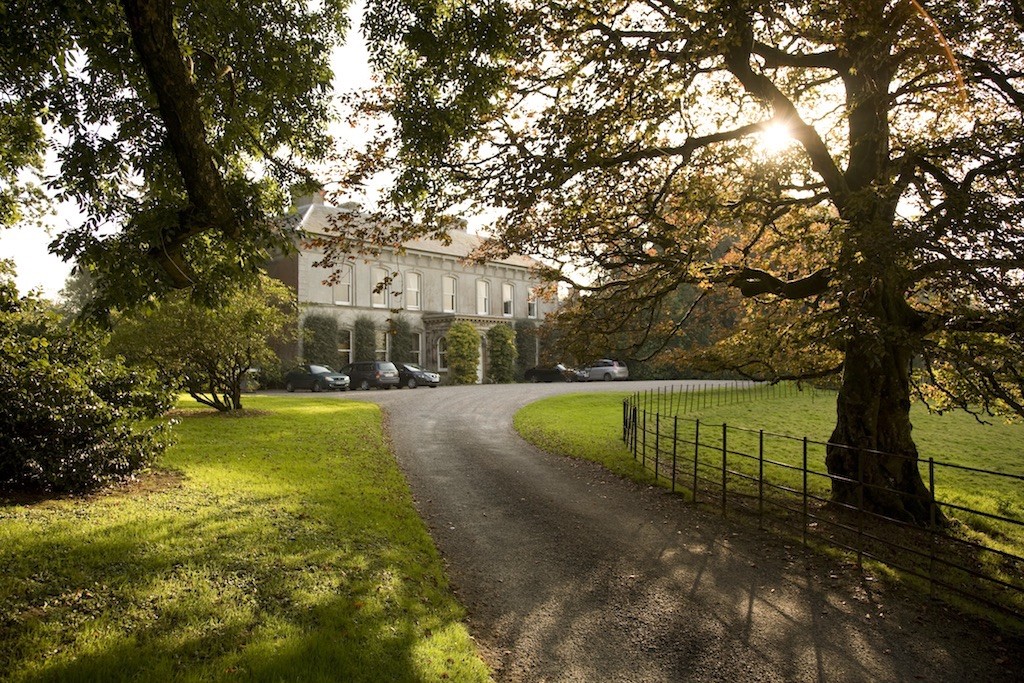 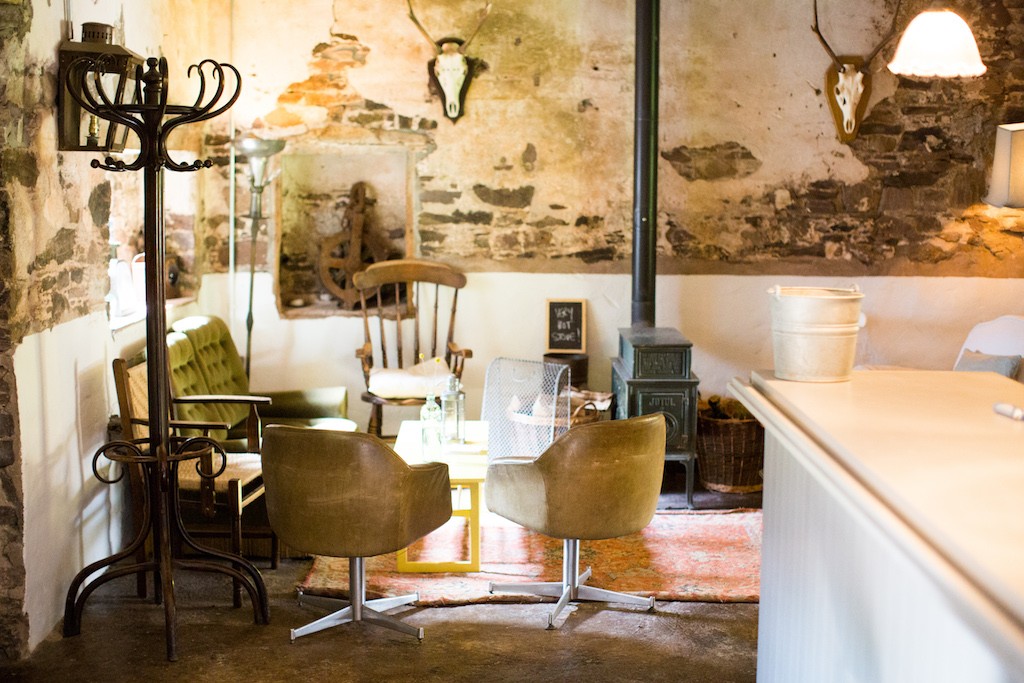 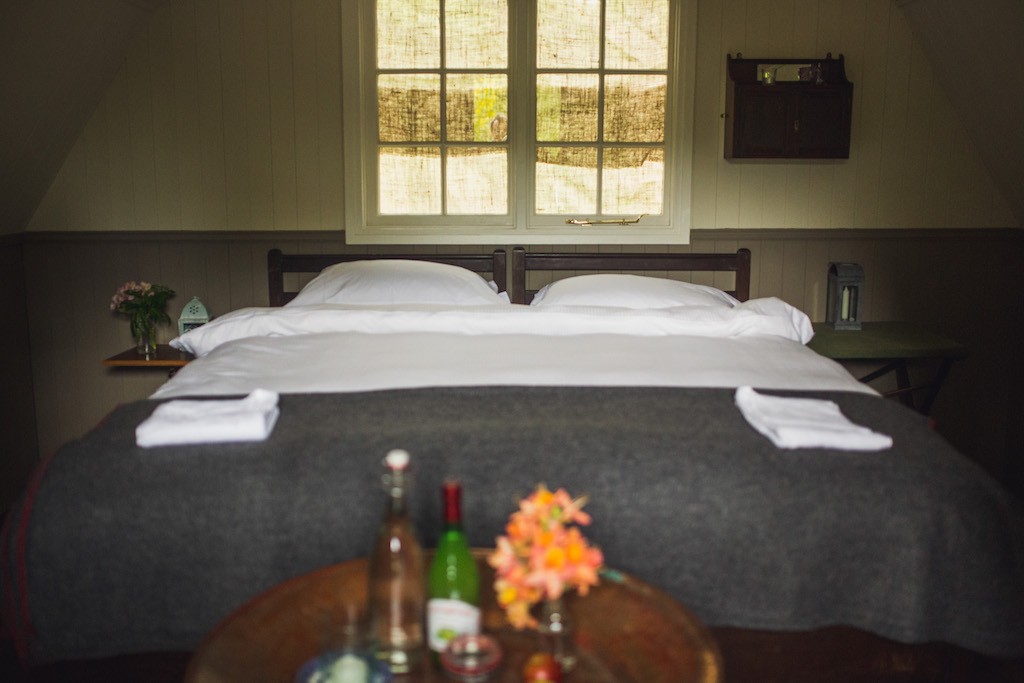 Hotel
Gougane Barra reflections | © NicholasH
Situated on the shores of the remote Gougane Barra lake, close to the Cork–Kerry border, this hotel has a particularly unique selling point: Weddings here take place inside the petite St. Finbarr’s Oratory – a picturesque little chapel that sits on an island jutting out into the lake. This slightly magical, peaceful location is a perfect choice for those hoping to have a small wedding as the church accommodates a maximum of 50 people.
More Info
Open In Google Maps
Derreenacusha Ballingeary, County Cork, P12 PP27, Ireland
+3532647069
Visit website
Visit Facebook page

Overlooking the surfer’s haven of Lahinch Bay in County Clare, Moy House has won multiple awards, including being named 2013’s Hideaway of the Year in Georgina Campbell’s Ireland Guide. With nine luxurious bedrooms – many with dreamy sea views –this infinitely romantic setting can be taken over exclusively by your wedding party, with guests enjoying a gala dinner in the ocean-side conservatory. (Note that the restaurant here caters for a maximum of 30 guests.) 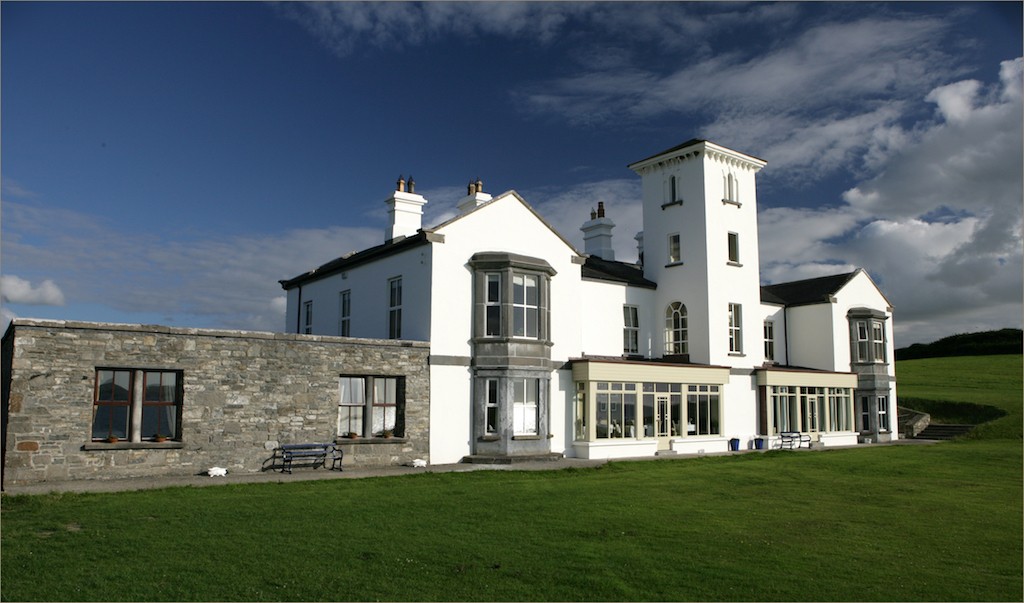 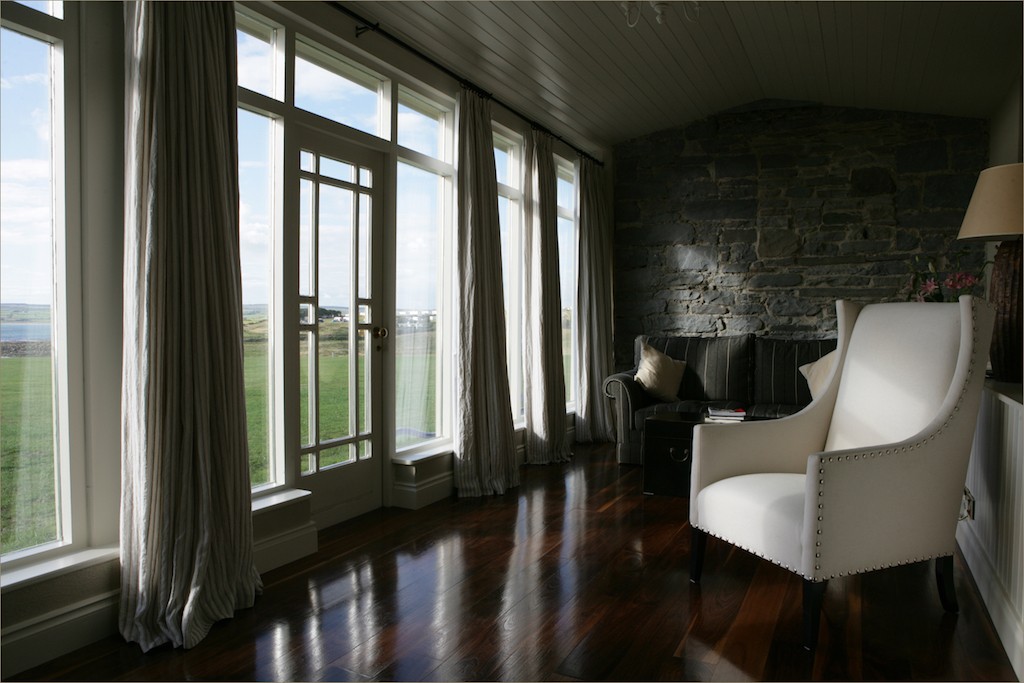 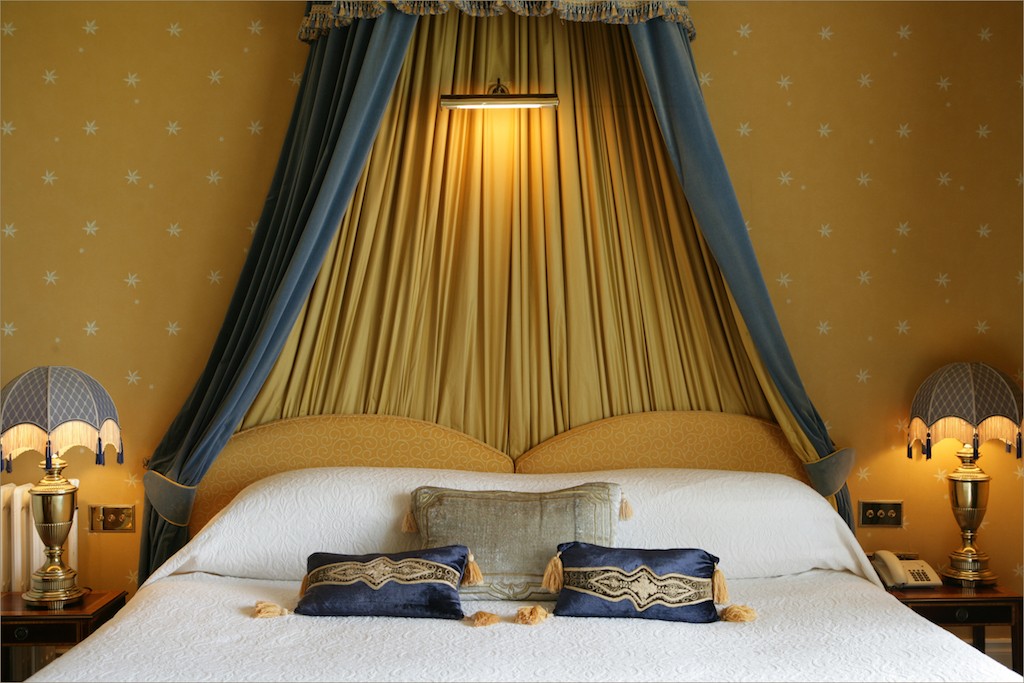 Wexford’s luxury boutique hotel at Marlfield House is surrounded by 36 sprawling acres of woodland and grassland, and its bedrooms can house up to 42 guests, making this venue more than capable of handling a medium-to-large-sized wedding. More intimate parties (up to 55 people) which only need to occupy part of the house can rent out their Print suite, with French doors that open onto the parterre garden. Ceremonies can also be hosted in the rolling demesne, which encompasses rose gardens and an ornamental lake. 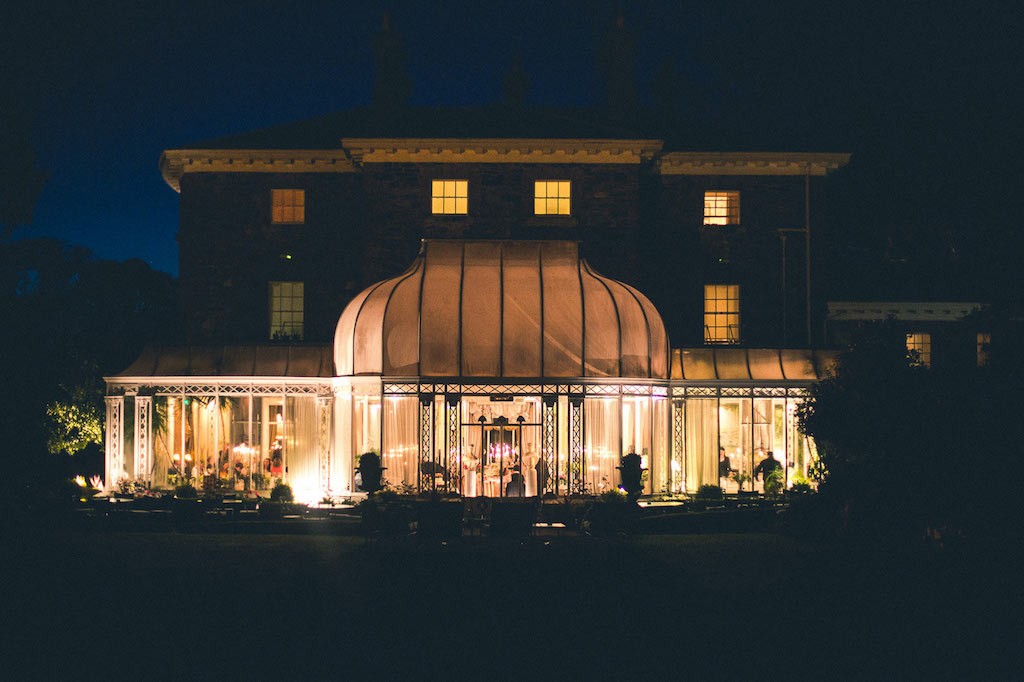 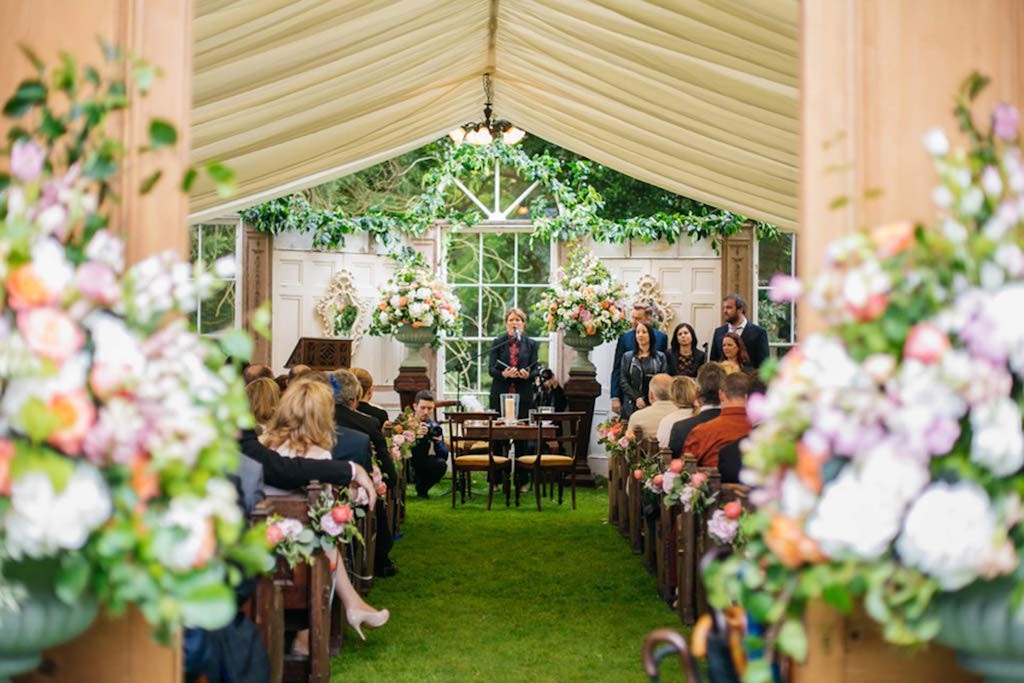 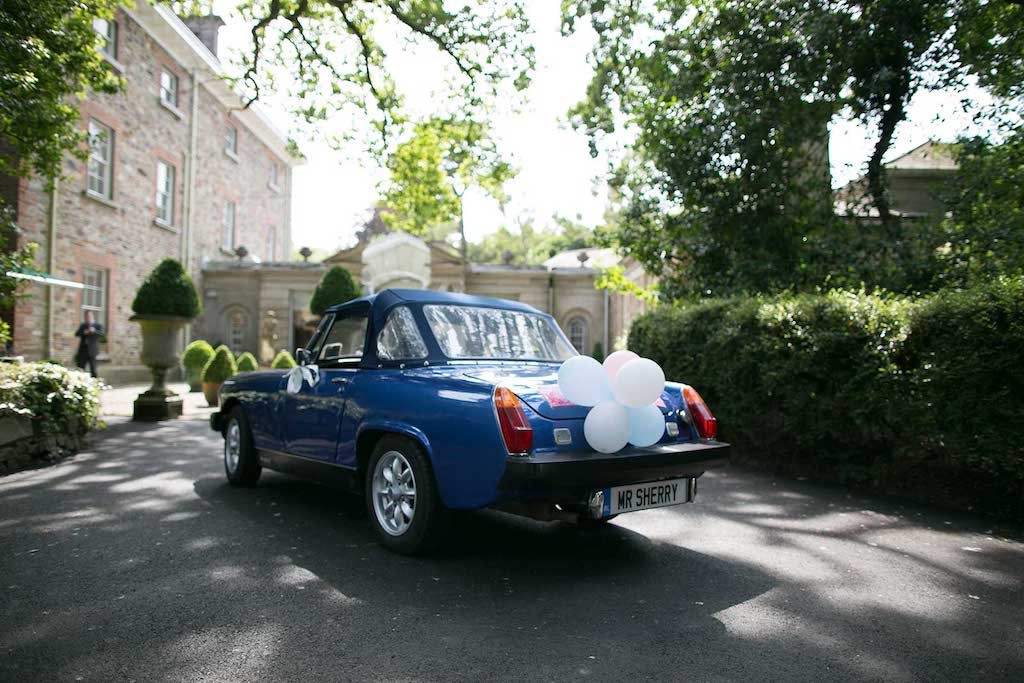 The family-run Georgian manor of Ghan House boasts views of the Mourne Mountains and Carlingford Lough among its advantages, as well as three acres of walled mature gardens. Another venue that can be commandeered in its entirety for the ‘big day’, this spot generally takes on weddings of between 50 to 110 guests, with extra evening invitees. Its owners suggest that guests have ‘free range’ here rather than being confined to one function room – with scope to rove around the gardens or sit by an open fireplace in the lounge during dancing breaks.

Having won the incredible accolade of being named Best Hotel in the World in the Condé Nast Traveller Reader’s Choice Awards 2016, the five-star Ballyfin Demesne in County Laois is one of the country’s most coveted wedding locations. Looking like something straight out of Downton Abbey, this exceptional 18th-century estate at the foot of the Slieve Bloom Mountains caters to celebrations of all sizes. It was also featured as one of Destinations Weddings & Honeymoons 12 most romantic spots worldwide in 2013. 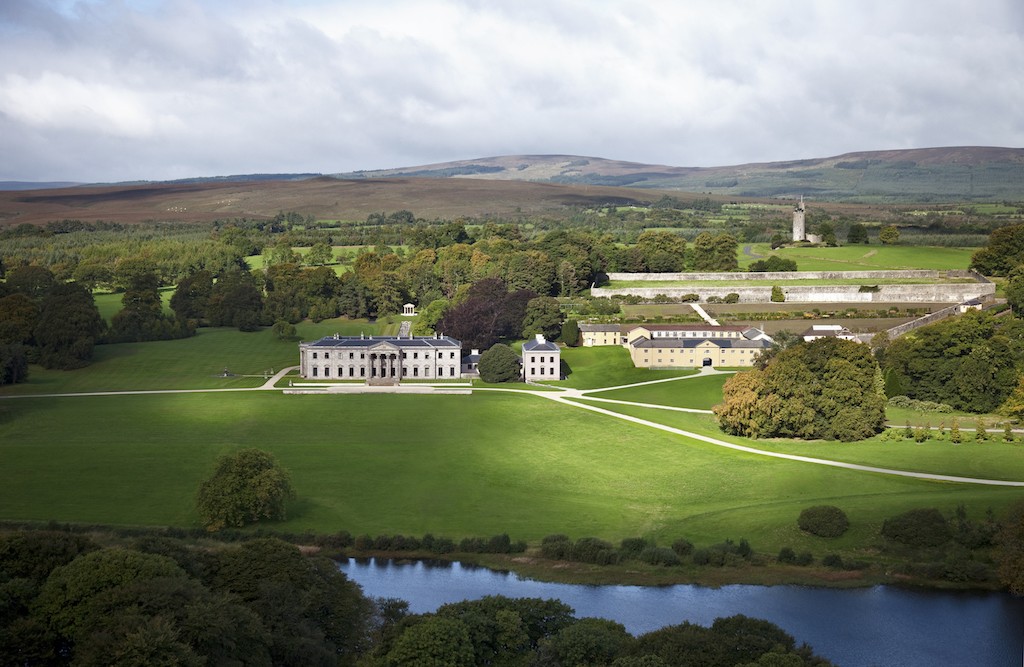 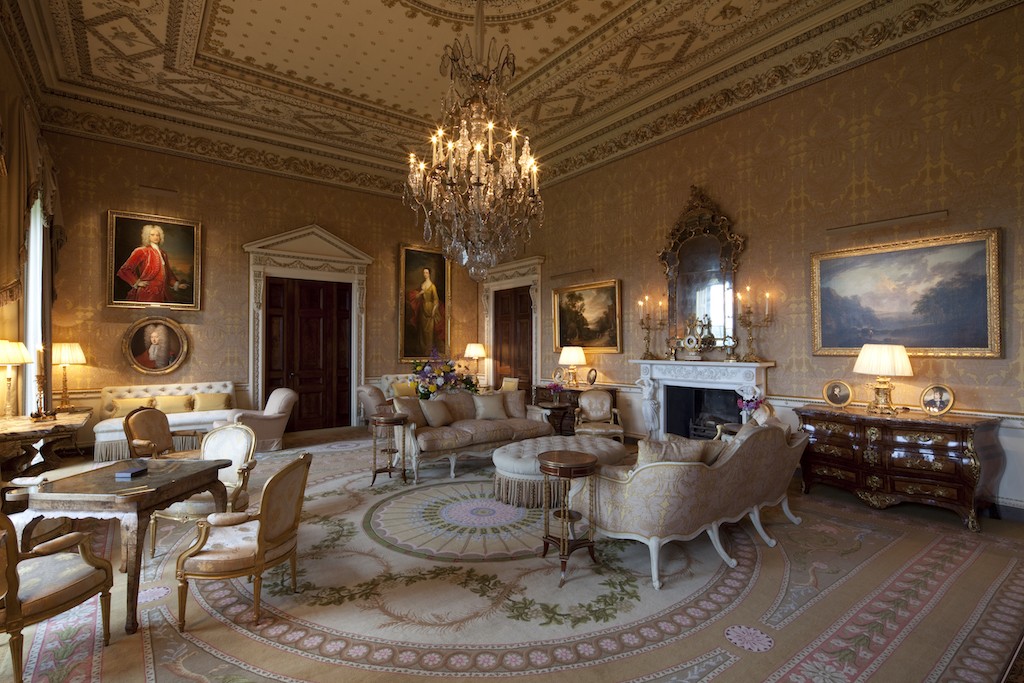 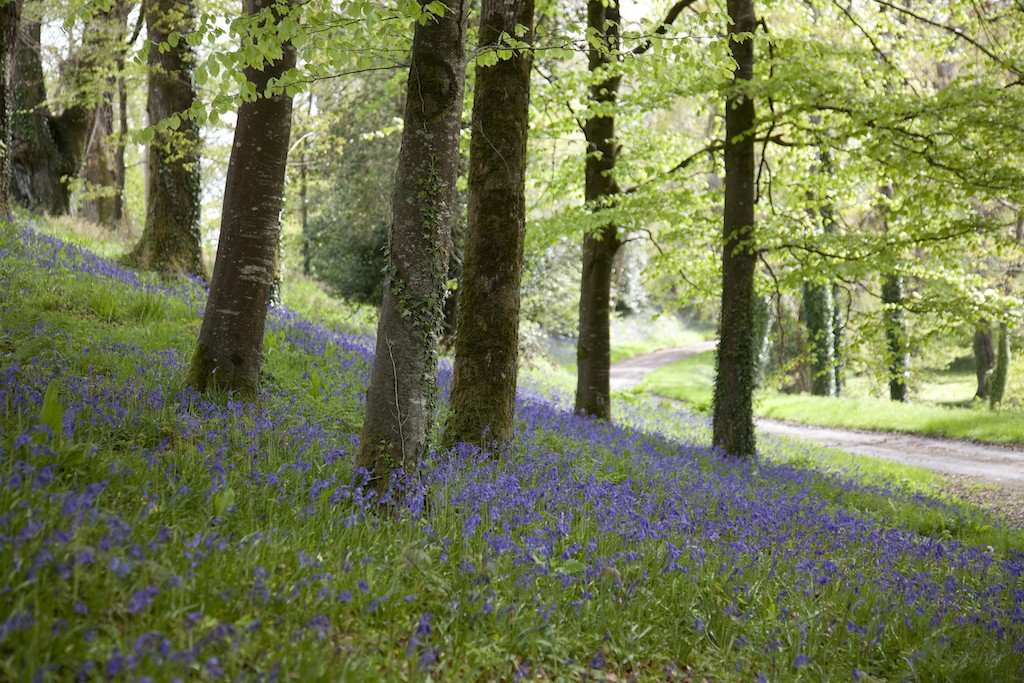 Winner of the Georgina Campbell’s Ireland Guide: Country House of the Year 2016 award, Temple House in County Sligo is truly something special. Home to the Perceval family for over three centuries, this beautiful country estate of more than 1,000 acres can’t be beaten for character – as its owners say themselves ‘she loves a celebration’. The house can accommodate civil ceremonies in its sympathetically renovated billiard room wing, while humanist services can also be held outside, at the lakeside castle of Knights Templar or in the stunning gardens. 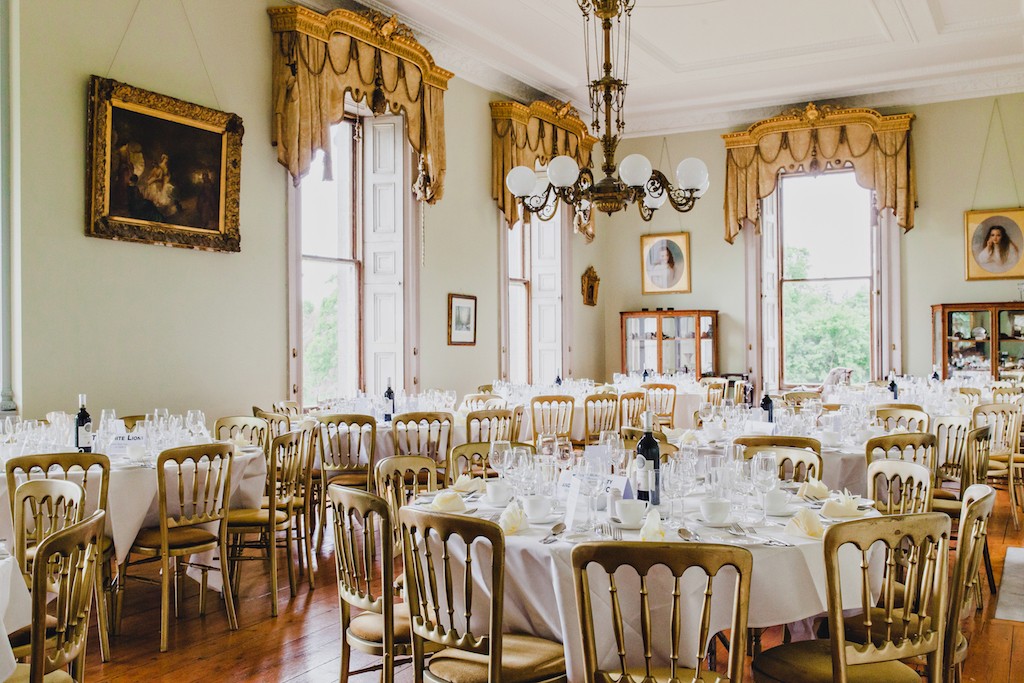 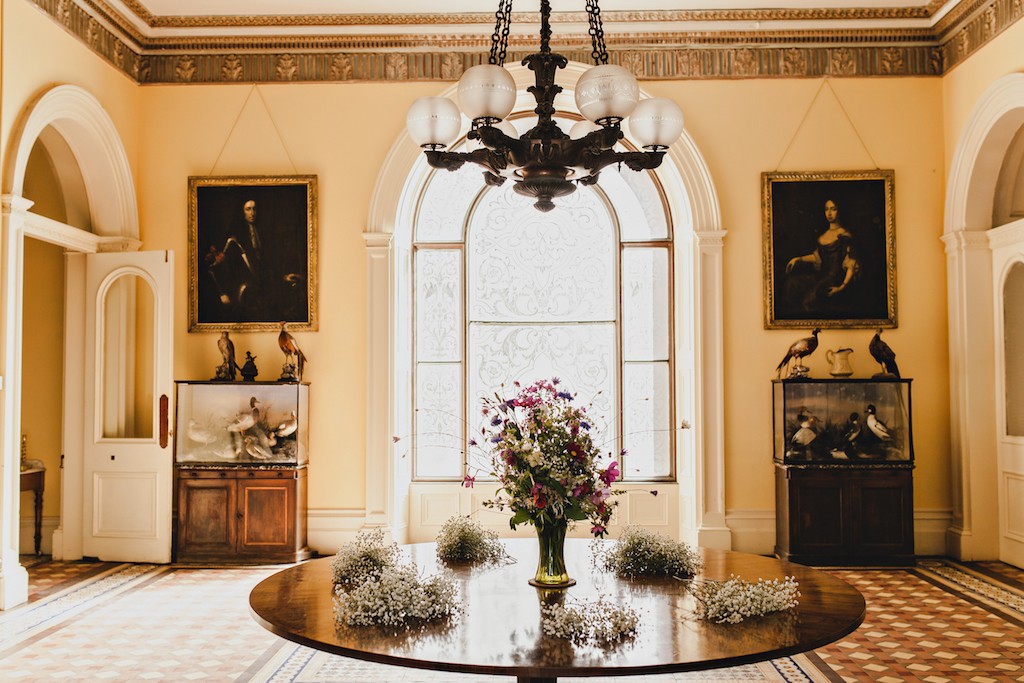 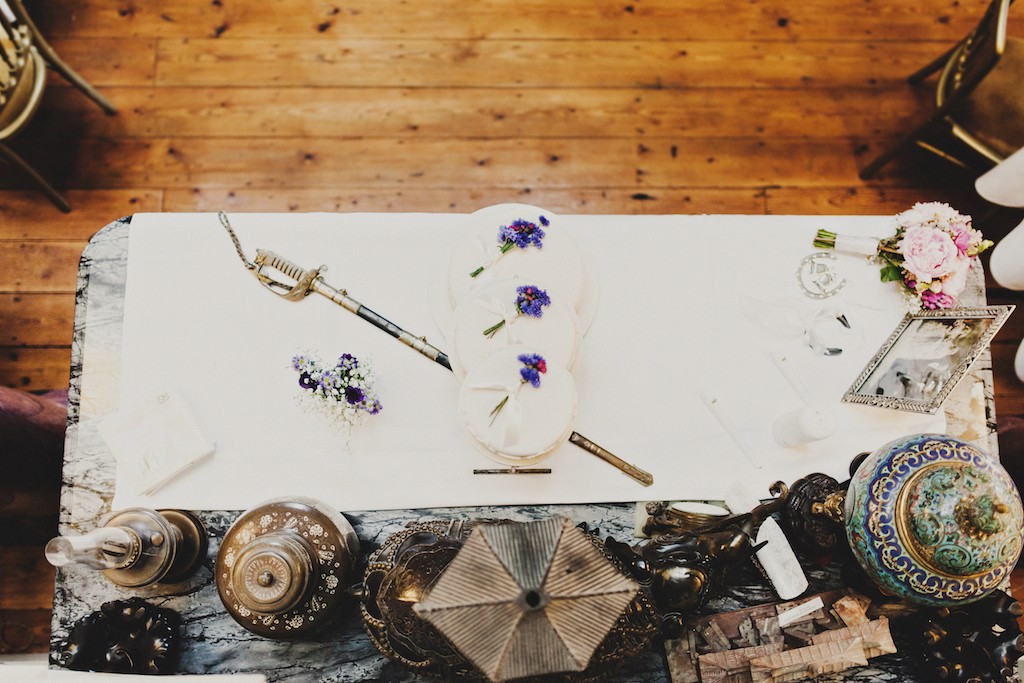 The neo-gothic Belleek Castle hotel in County Mayo is as famous for its history – it houses a four poster bed that once belonged to Grace O’Malley, Ireland’s Pirate Queen – as it is for its culinary prowess, which led to its The Library restaurant taking home the title of Best Hotel Restaurant in all of Connacht at the Irish Restaurant Awards 2016. Wedding planners at Belleek are happy to help couples design their own personal menu and to customise other aspects of their day to make sure it meets their individual expectations. 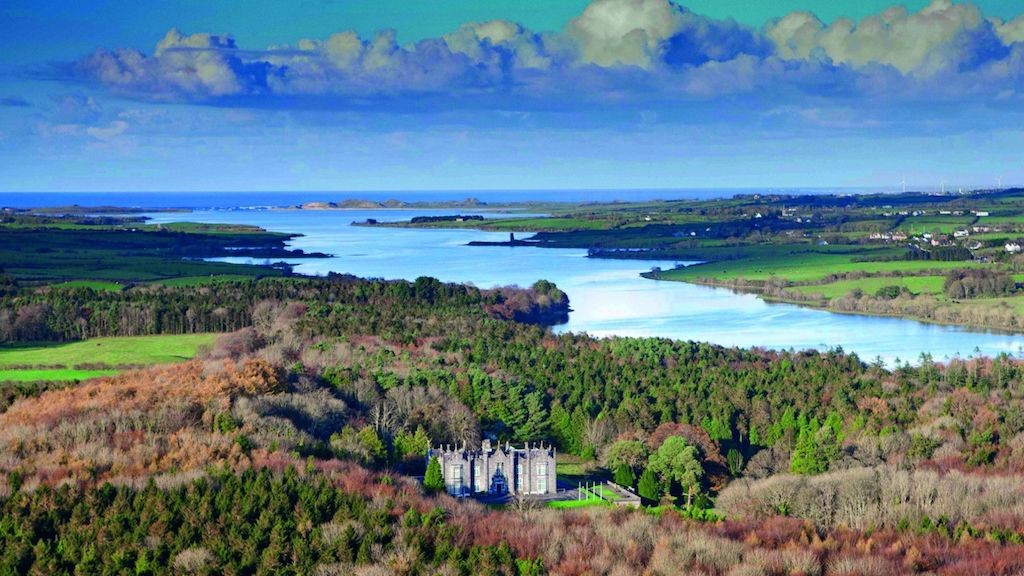 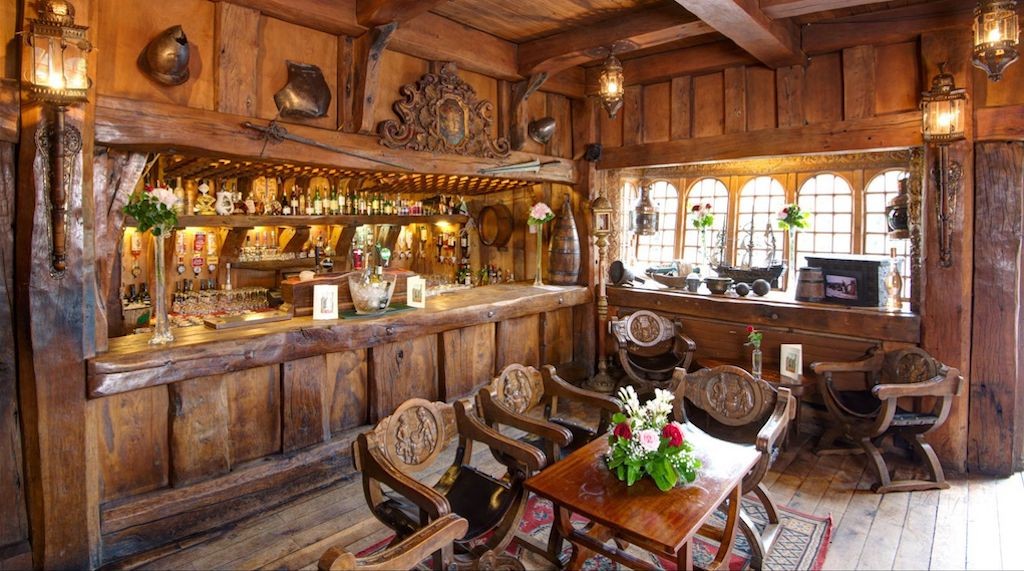 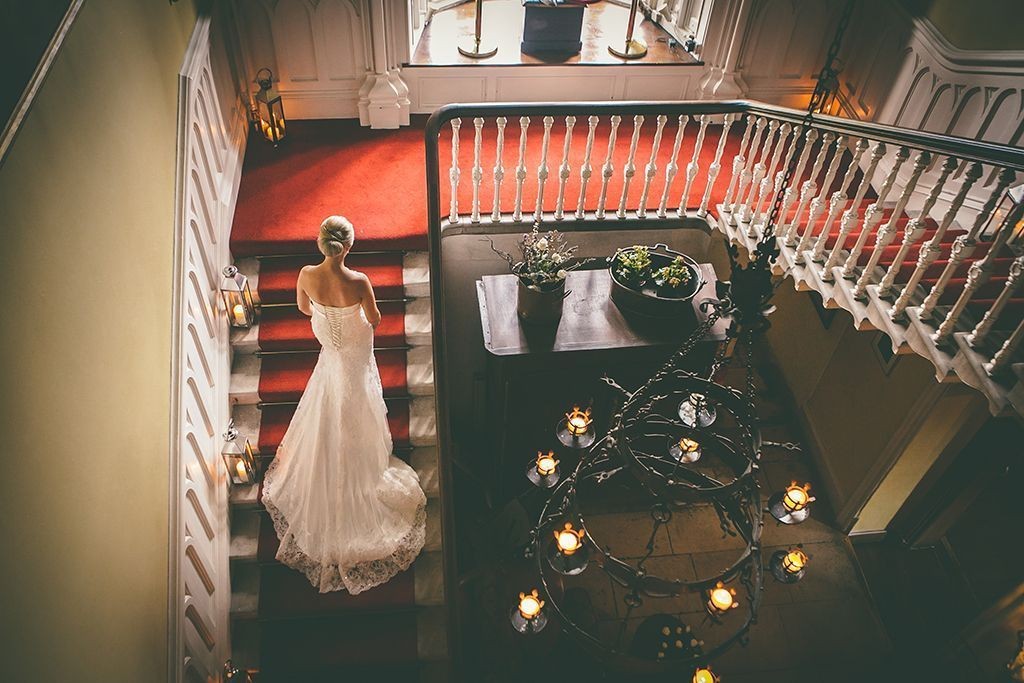 Hotel
Mulranny | © missing_goldfish / Flickr
Those dreaming of a beachfront wedding need look no further than Mulranny Park Hotel, located in the seaside village that separates Mayo’s Clew Bay and Blacksod Bay. Here, guests can enjoy champagne and canapés on the grass beneath Croagh Patrick while the happy couple take their first photographs as husband and wife on the sand, at a Wild Atlantic Way venue that is nothing less than idyllic.
More Info
Open In Google Maps
Murrevagh, Westport, County Mayo, F28 N2H9, Ireland
+3539836000
Visit website
Visit Facebook page

The Carriage Rooms at Montalto

The owners of County Down’s Montalto House and Estate call it one of Ireland’s best-kept secrets, and its wedding facilities have that same feeling of exclusivity. Religious or civil ceremonies can be held either inside a delightfully restored modern-rustic threshing mill building or outside in the walled garden, while receptions take place in The Carriage Rooms banquet hall. Nine en-suite double bedrooms are available for accommodation. 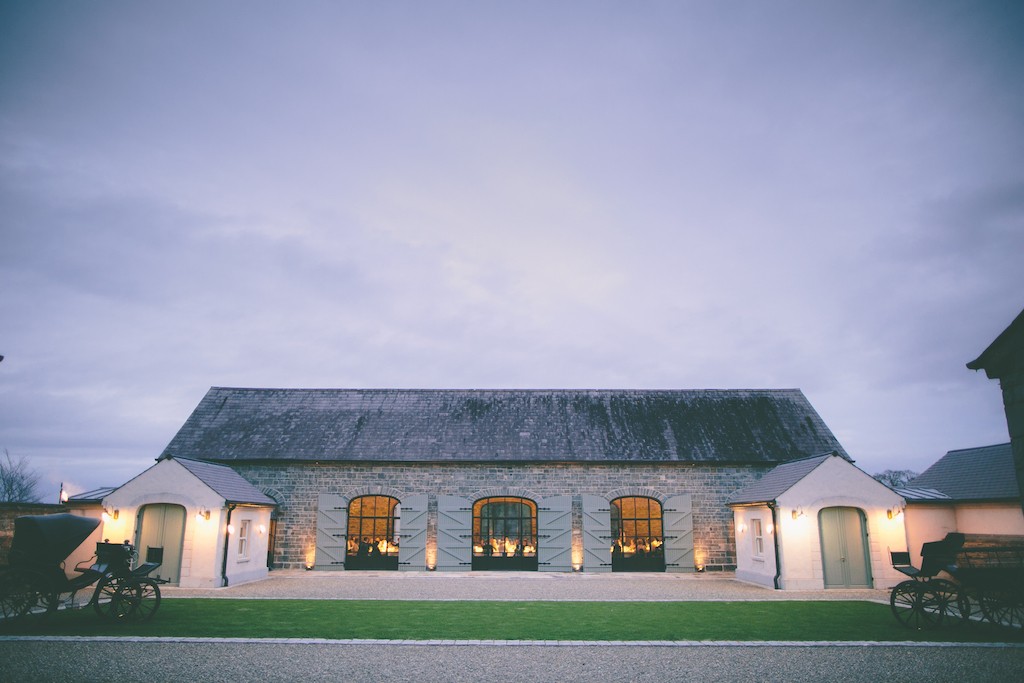 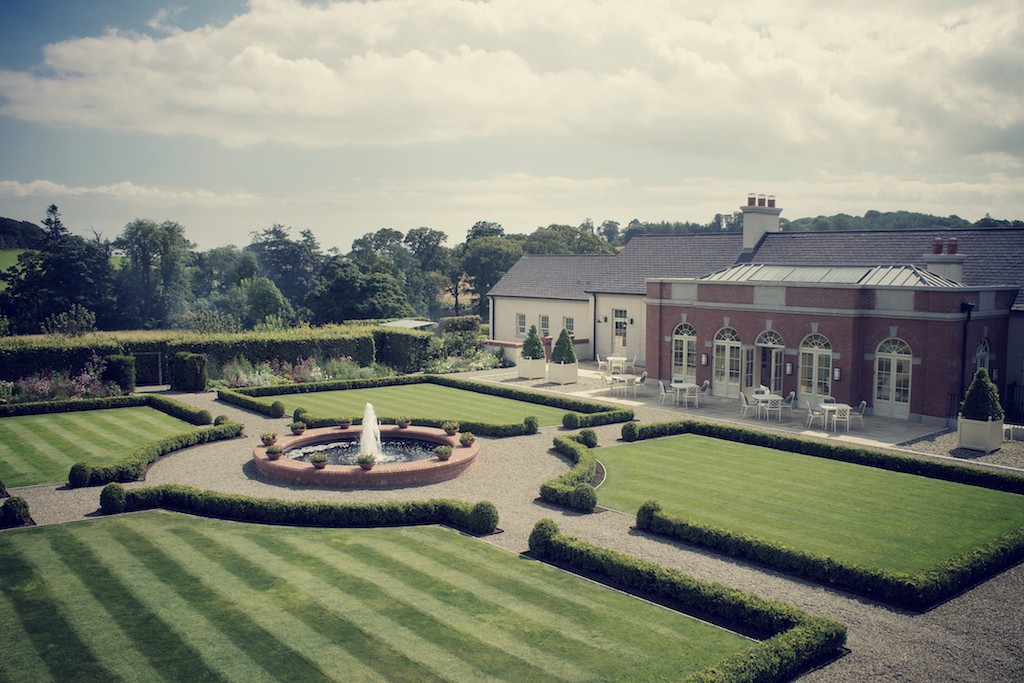 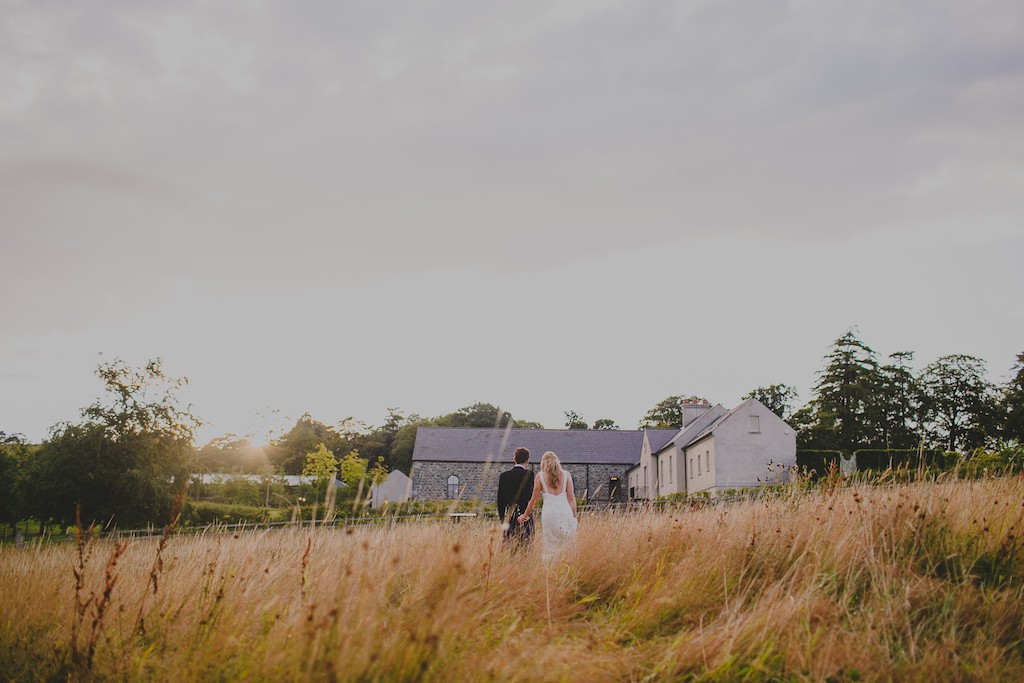 Culloden Estate and Spa can be found perched on the Holywood hills on the southern edge of Belfast Lough, commanding a breathtaking view out over the water. This five-star hotel was originally built as a palace for the Bishops of Down, and it feels suitably impressive as a result. Weddings here are sure to be luxurious and definitely memorable.