12 Difficult Books You May Be Assigned Freshman Year

Books have always existed for more than just pure entertainment — to dive into a book is to enrich your mind, expand your horizons, and challenge yourself. There’s no better way to do those things than to tackle some of humanity’s finest works — books that are, for various reasons, difficult to read, but endlessly rewarding. When you have the time and the mental energy, check out our list of 12 notoriously difficult books.

Perhaps no book written in English has ever been more celebrated for its difficulty than James Joyce’s masterpiece, Ulysses. The premise is deceptively simple — a man, Leopold Bloom, lives a normal day, but as a piece of literature, Ulysses is far from ordinary. Given the name, maybe it’s obvious that the novel makes numerous ties to The Odyssey, the Greek epic whose main character’s name is Latinized as Ulysses. However, the main source of Ulysses’ difficulty is actually the language. Joyce never shied away from making up words to suit him, so reading it takes a lot of thought and imagination.

The School of Life – “Ulysses – the novel, which made Joyce’s name around the world.” – Familiarise yourself with the themes and main character of this insightful novel. / 13:21

Kafka’s works, short as most of them are, are extremely dense pieces of literature, and The Metamorphosis is no exception. The story is famously bizarre — a traveling salesman wakes up to discover that he has mysteriously transformed into a giant insect, and then the story follows his and his family’s ways of coping (and not coping) with this new situation. This is perhaps the most famous of Kafka’s work, so it’s well worth reading just as a way of educating yourself about classic literature.

Atlas Shrugged, which Ayn Rand wrote in 1957 as a culmination of her ideas and literary career, is a giant, both literally and figuratively. While it is also a fictional book with a compelling story, it is also a clear expression of Rand’s philosophy of Objectivism, an idea that has had a large influence on the conservative side of American politics. Despite its heft, reading Atlas Shrugged will grant you greater understanding in both literature and politics — although it’s probably best not to take on any of the characteristics of the main characters. 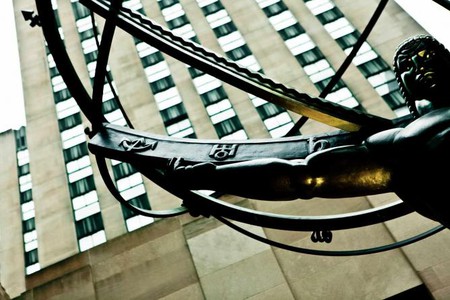 If the ending of Anna Karenina hasn’t already been spoiled for you, run out and read the book now before another book or movie ruins it for you. Even if you read it knowing how the story ends, Tolstoy’s classic love story is worth it to get a glimpse of not only imperial Russian grandeur in the 19th century, but also the inner workings of a whole series of deeply flawed, deeply relatable, and often wholly unlikeable characters as they make their way through their lives. The opening sentence — ‘Happy families are all alike; every unhappy family is unhappy in its own way’ — gives you an idea of how the story will go, but you don’t pick up a classic Russian novel for a happy ending.

Oxford Academic (Oxford University Press) – “Something that’s familiar for all great works of art…That it’s not so much that they change, but that we change and they can accompany us on our journeys through life.” – See how Tolstoy’s novel is one that you can grow up with… / 4:31

David Foster Wallace’s magnum opus, Infinite Jest, has often been classified as an encyclopedic novel because of its length (almost 1000 pages) and hundreds of endnotes, and that should give you a good idea of exactly how long it takes to make your way through it. However, since its publication in 1996, it has quickly become recognized as one of the best books of the century. This dystopian novel is the greatest legacy that Foster Wallace, who died far too early, leaves for us to enjoy and learn from.

With its combination of difficult language and a difficult story, Heart of Darkness has been tormenting high school students for decades. Conrad, a Polish immigrant to England, wrote in English but always kept his foreign approach to the language. He had the experiences that led to Heart of Darkness when he was working as the captain of a Belgian ship on the Congo River. During that time, he witnessed the horrors that the European colonizers were perpetrating on the Congolese natives. This book is very rewarding but not at all easy to read.

The Sound and the Fury, William Faulkner

Faulkner’s works are all priceless pieces of Americana, and The Sound and the Fury is no exception. It is, however, exceptionally difficult to get through, partly because of the story that it depicts and partly because of its often disjointed stream of consciousness style of writing. It is essentially a family history — following the Compson family, a once respected family that falls into deeper and deeper despair — that takes place in Mississippi in the early part of the 20th century. By getting through it, though, you’ll be reading one of the best books of the century and one of the major reasons why Faulker won a Nobel Prize in Literature in 1949.

D.H. Lawrence is well known to have played it fast and loose with society’s expectations about how sexually explicit writing could be in the late-19th and early-20th centuries, so you might expect that Sons and Lovers would move a bit faster. Its slowness, though, is part of its brilliance. By working your way through this book and the lives of the characters imagined in it, you see a piece of what Northern England was like for the people living there at the time, and you get an insight into the mind of the author himself.

Anyone who’s seen No Country for Old Men knows that Cormac McCarthy, one of the finest American writers living today, never shies away from a violent scene or two. Blood Meridian, his first novel to take part in the American Southwest, is no exception to that rule. The aforementioned David Foster Wallace even called it ‘probably the most horrifying [fictional] book of this century,’ and be warned that you’ll need a strong stomach to read it. However, McCarthy’s blunt and beautiful style is completely worth experiencing in full.

After you notice how long it is, the first thing you’ll notice about Dostoevsky’s classic The Brothers Karamazov is that it’s another family chronicle. However, in this case, the Karamazov family is primarily a vehicle through which this giant of Russian literature discusses many philosophical topics, such as God, morality, reason, and free will. As you’re making your way through the sweeping text, though, you’ll also find yourself drawn into the characters’ lives and fates, and you’ll emerge from the other side having thought much more than you even realized. 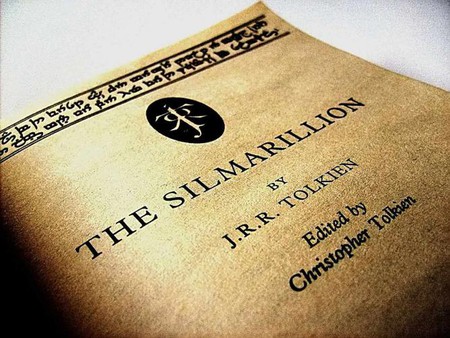 Casual fans of The Lord of the Rings and The Hobbit movies may not realize exactly how much of a genius J.R.R. Tolkien was — and that’s where The Silmarillion comes in. Tolkien didn’t just write a story about some hobbits and rings; he created an entire universe, complete with its own gods, multiple continents, many races of creatures, and even full languages, and The Silmarillion is essentially a history book of a fictional land. Although you will eventually see names of characters that you recognize from the movies, don’t expect them early on — in the chronology of Tolkien’s universe, a whole lot happened before Bilbo stepped onto the scene.

Another sweeping family history that spans generations, One Hundred Years of Solitude is possibly Garcia Marquez’s most highly celebrated work and definitely a notoriously difficult read. It is both a backbone work in the movement of Magical Realism and a rendition of Colombian history, which you can immerse yourself in through Garcia Marquez’s beautiful prose. The themes of time and fate are often evoked, but you won’t realize how much time is passing while you’re working your way through this masterpiece.