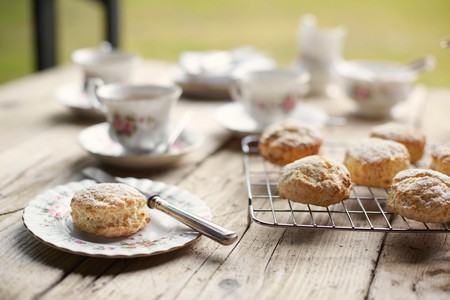 Though it’s best known for classic comfort foods such as Irish stew and a full fried breakfast, Ireland also has incredible culinary options for the sweet-toothed traveller. Featuring an abundance of fresh fruits, some of the finest dairy products on the planet and some more unconventional ingredients such as seaweed, these are the best traditional Irish desserts to try.

This traditional Irish pudding is made using Chondrus crispus, a species of red seaweed also known as Irish moss or carrageen moss. The seaweed is cleaned and dried before being soaked in warm water and then boiled with milk. When heated, it creates its own gelling agent (much like a vegan-friendly form of gelatine) which can be combined with sugar, egg and vanilla extract to create a light, fluffy dessert. It’s best served chilled, and often with berries adding a tart note to the creamy sweetness.

Unlike the deep-dish-style apple pie commonly found in the USA, a traditional Irish apple tart is baked in a shallow dish; this gives a perfectly balanced ratio of crisp, sweet pastry and stewed apples in every slice. Modern recipes often call for ingredients such as cinnamon, freshly grated ginger and sultanas, but you can also make it the traditional farmhouse way and let the apples speak for themselves. 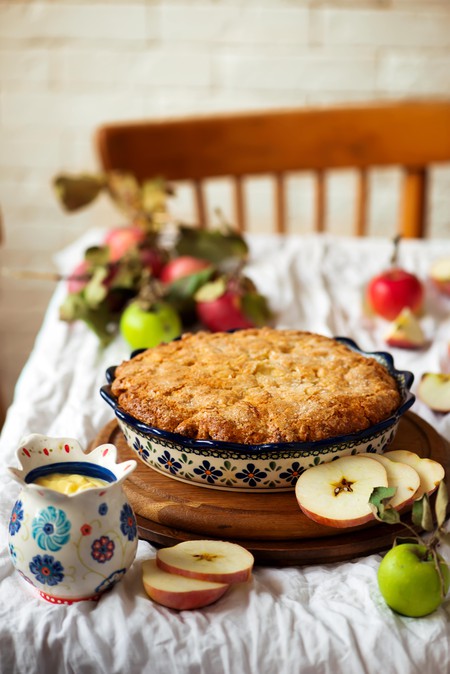 Blending chocolate, fresh cream and butter, these delights start as nothing more unusual than a Swiss truffle, but the addition of Irish whiskey takes the small chocolate treats to a new level. If you’re in Dublin, swing by the elegant Brooks Hotel: home to one of the greatest selections of whiskey in the world, they also serve up a truffle recipe made using local Teeling Whiskey, distilled in the city’s historic Liberties area.

Bread and butter pudding may have originated in the United Kingdom, but this recipe uses leftover soda bread, giving it a uniquely Irish twist. A loaf of this quick-bake Irish bread is roughly chopped into cubes and soaked in a mixture including heavy cream, milk, egg yolks, sugar and vanilla. Bake it until it’s golden on top and serve with ice cream or home-made crème anglaise for a decadent dessert.

Irish porter cake is an old favourite in Ireland; it’s customarily baked to celebrate the feast day of St Patrick, Ireland’s best-known saint. It’s made by taking a plain cake mix and livening it up with some more interesting additions such as mixed, dried fruits, spices and a good glug of a dark stout – and what else but Guinness? Perfect sliced and shared, this dense dessert is simple but distinctive.

Scones are perhaps most commonly associated with the English, but they’re also very much enjoyed in Ireland. Every baker has their own individual recipe for scones that’s been passed down through generations, though a commonality is the belief that it takes good Irish butter to make the perfect light, fluffy scone. These individual small cakes are best served with a pot of strong tea and hearty serving of home-made jam to slather on top. 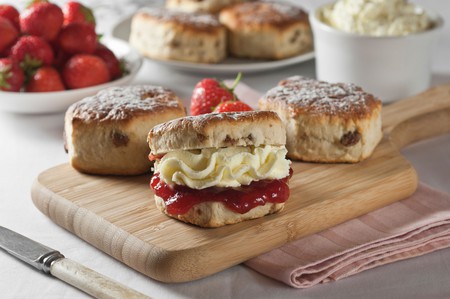 Few things are as quintessentially Irish as Guinness, so it’s little wonder that it turns up so frequently in the country’s desserts. One of the most popular of these is the Guinness chocolate mousse; the stout adds a dark depth to the flavour of the chocolate, without compromising on the whipped texture of the mouse. If you see this on a menu, order it – you won’t be disappointed.

Irish barmbrack is a kind of sweet bread made with sultanas, raisins and glacé cherries. It’s enjoyed year-round, warmed in an oven and cut into slices that are then smothered with butter. However, it’s also a traditional Irish Halloween treat, and at this time of year it’s baked with a twist – small trinkets such as coins and rings are added to the dough before baking, and finding one in your slice supposedly nods to events in the year ahead. 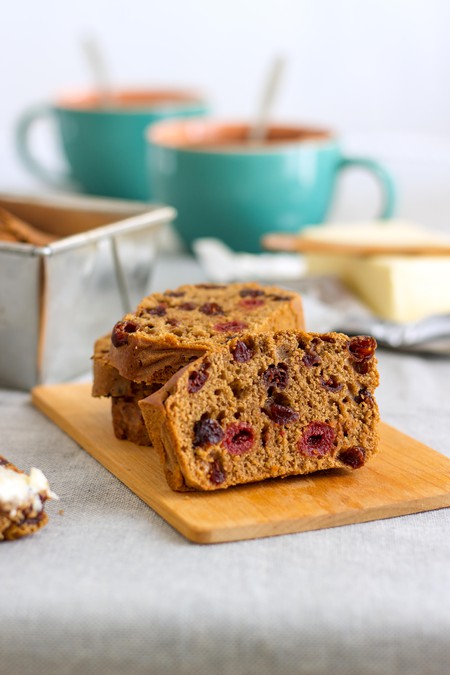 Head to Northern Ireland’s annual Auld Lammas Fair (a traditional celebration at which livestock is bought and sold) and you’ll notice that most stalls will be selling uneven shards and chunks of what looks like a startling neon yellow honeycomb. This is yellowman, a unique type of hard toffee famously sold at this event, and tricky to find elsewhere. It’s not to everyone’s taste, but it’s well worth trying at least once.

Although it’s technically a beverage, an Irish coffee often takes the place of an after-dinner sweet course. It’s made by blending Irish whiskey, coffee and brown sugar, and if that wasn’t quite indulgent enough, topping the whole thing off with cream. It was invented in 1942 by Joe Sheridan, a chef in the village of Foynes, County Limerick. 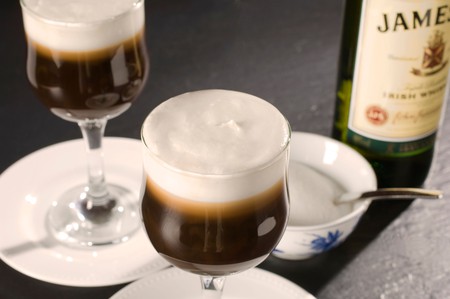 Don’t fancy dessert? Finish your meal with a decadent Irish coffee instead | © Barry Mason / Alamy Stock Photo
Give us feedback