Courtesy of Old Head Golf Links
With nearly 300 different golf courses – including 22 that made in into the newly released Golf Monthly UK and Ireland top 100 list for 2017/18 – lovers of this sport are spoilt for choice on the island of Ireland. But if you’re choosing based on the view, here are the most beautiful.

Founded in 1889, the Royal County Down Golf Club is one of Ireland’s oldest. The brainchild of a group of wealthy businessmen from Belfast, it was most likely chosen for its proximity to that city and its stunning vistas – it flanks the Irish sea and the beautiful Mourne mountain range, home to the highest peaks in Northern Ireland. This club has placed at number one in Golf Digest’s top 100 world rankings for the past two years running. 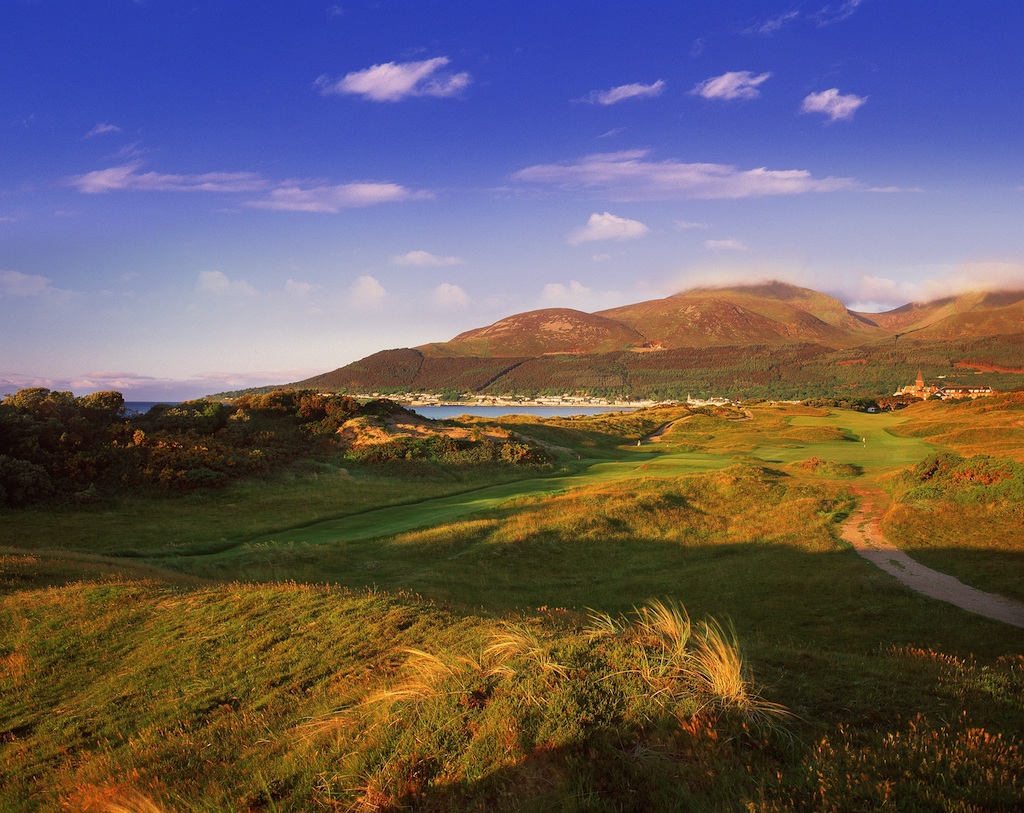 The European Club golf links can be found next to Brittas Bay – a four-kilometre stretch of Blue Flag Beach and dunes just south of Dublin. Any closer to the water and golfers would be in the surf – the course boasts ‘sweeping sea views from nineteen of twenty holes.’ 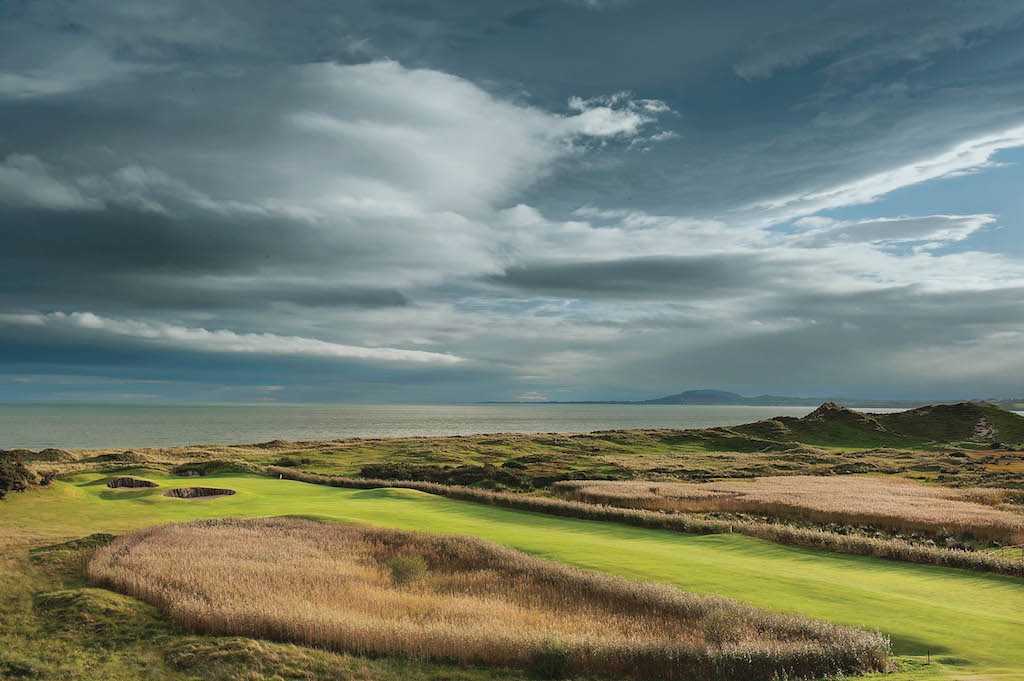 County Kerry’s Dooks Golf Club is of the same fine vintage as the previous two, also originally established in 1889. Situated on the Iveragh Peninsula that is home to the spectacularly scenic Ring of Kerry driving route, the surroundings are reliably picturesque, but its relatively sheltered position close to Castlemaine Harbour provides some welcome wind cover.

Based on the Rosses point peninsula in Sligo, the County Sligo Golf Club is encircled by the same lush landscapes that inspired both William and Jack Yeats in their art, with the Atlantic Ocean stretching out ahead of it, and the Ben Bulben rock formation behind. Now a 27-hole complex, this club has hosted the annual West of Ireland Amateur Open championship since 1923. 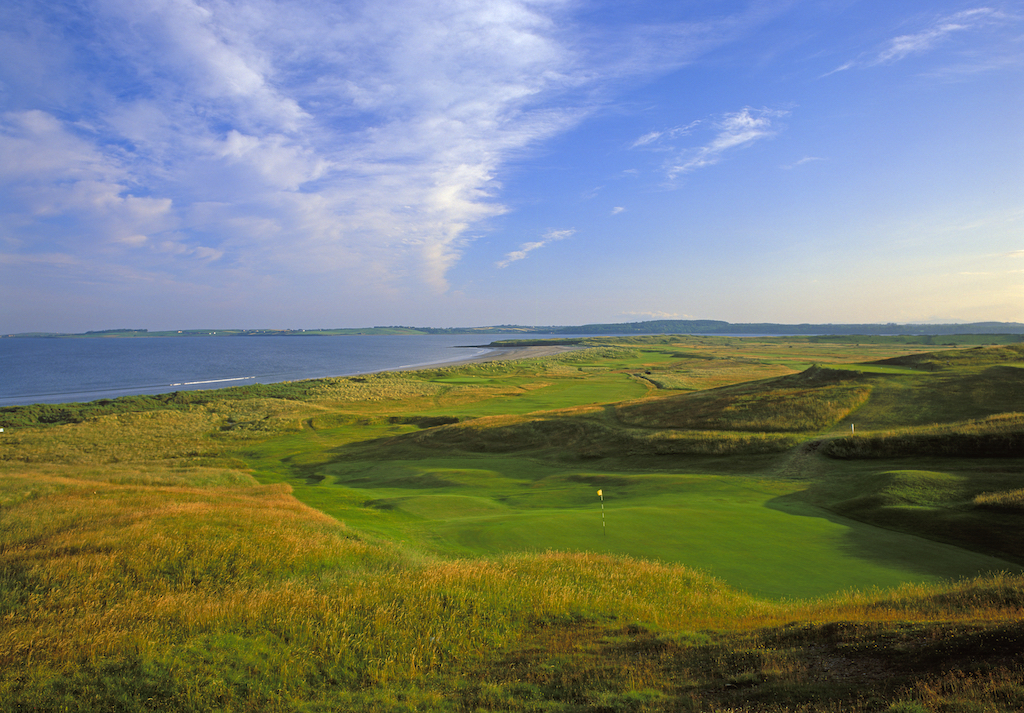 Sports Center
Northern Ireland’s beautiful Royal Portrush Golf Club benefits from a position on the Antrim coast, not far from the Giant’s Causeway area of ancient stone columns formed by volcanic eruption. It is nestled on a triangle of sand-hills, looking across the North Atlantic to Scotland’s Isle of Islay. One of the two courses at Royal Portrush is named for the 13th century Dunluce Castle ruins which overlook it.
More Info
Open In Google Maps
Dunluce Road, Portrush, Northern Ireland, BT56 8JQ, United Kingdom
+442870822311
View menu
Visit website
Visit Facebook page
Send an Email
Give us feedback

County Kerry is the site of some of Ireland’s most striking scenery, so it is fitting that another Kerry course should make the list – that of Ballybunion. This seaside holiday village has a golf club which runs along an undisturbed stretch of Atlantic shoreline just south of the Shannon Estuary. It has attracted golfers like American pro Tom Watson, and even warranted a visit from Bill Clinton while he was President of the United States. 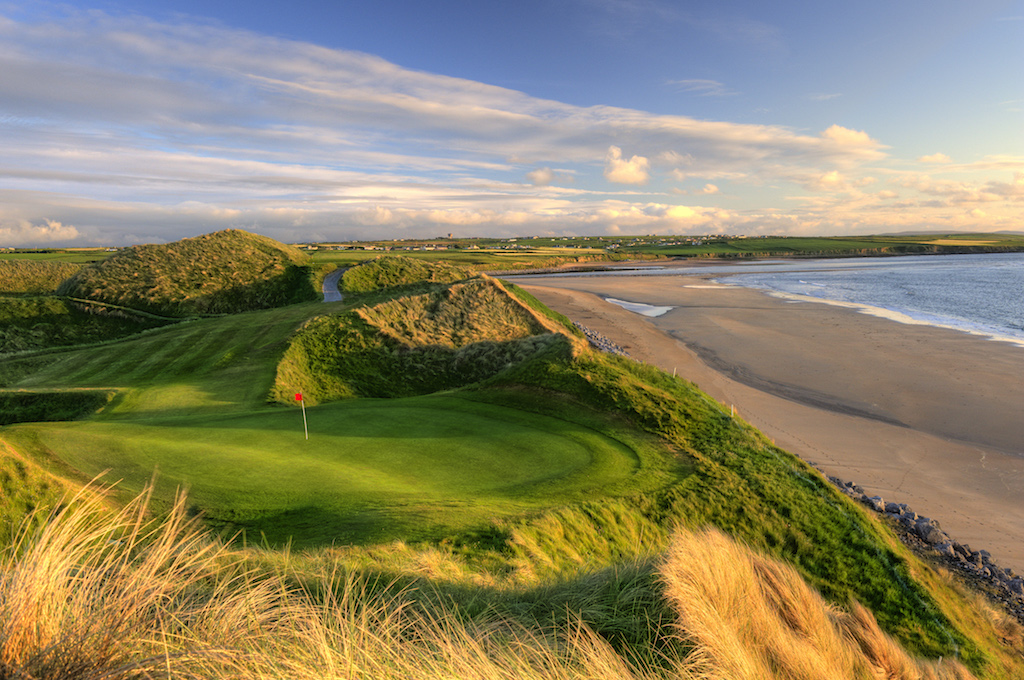 Glen Of The Downs Golf Club

The Glen of the Downs golf club can be found in County Wicklow, also known as ‘the garden of Ireland’ for its abundant natural beauty. Designed by the renowned course designer Peter McEvoy, it has a panoramic view of the Wicklow Mountains and the Irish Sea. 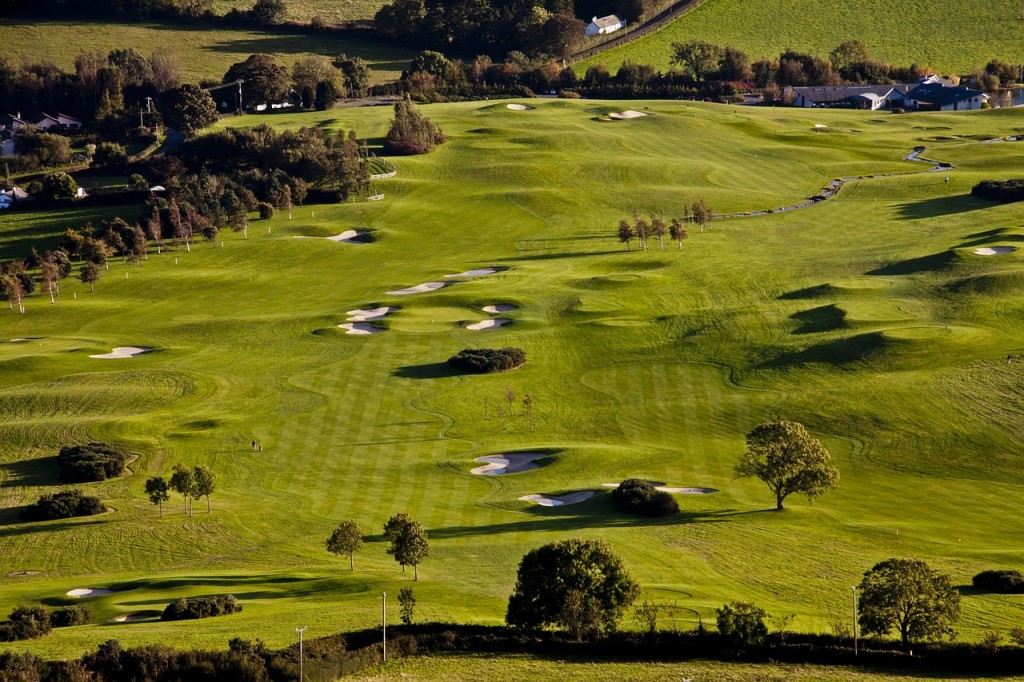 Located along the Wild Atlantic Way tourist trail that traces the entire west coast, the Old Head Golf Links is set on a diamond of land extending two miles out into the Atlantic Ocean. The 18-hole course here is surrounded by dramatic cliffs that rise as high as 300 feet in some places, with the distinctive black and white lighthouse visible in background. 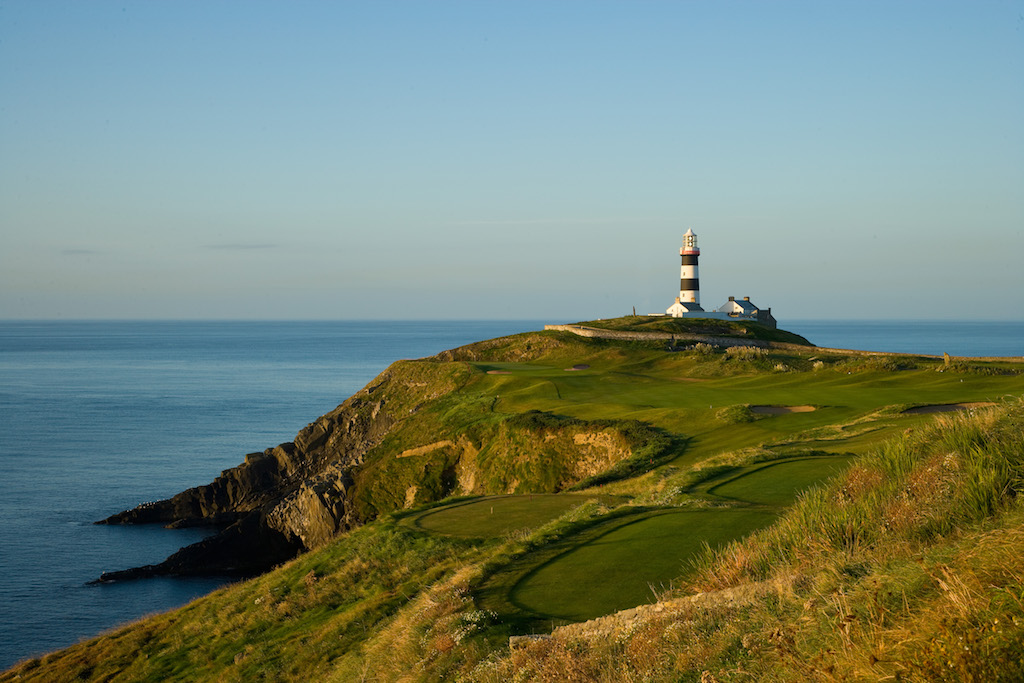 When speaking about the small town of Lahinch on Liscannor Bay, minds tend to instantly jump to sports of the water variety, but the dunes of Lahinch have been home to a world-class golf club since 1892. Not far from the Cliffs of Moher – one of Ireland’s biggest natural attractions – the course was first designed by the famous Scottish golfer Old Tom Morris.

The north Dublin coastal suburb of Portmarnock is the site of another Irish club ranked in the world’s top 100 by Golf Digest, one rightly proud of the fact that World Golf Hall of Fame member Bernard Darwin is quoted as saying ‘I know of no greater finish in the world than that of the last five holes at Portmarnock.’ The club’s location on a sandy peninsula south of the village means that it is bounded by beach on all sides. Unfortunately, it is also one of only two top golf clubs in Ireland to continue to prohibit women from becoming members. 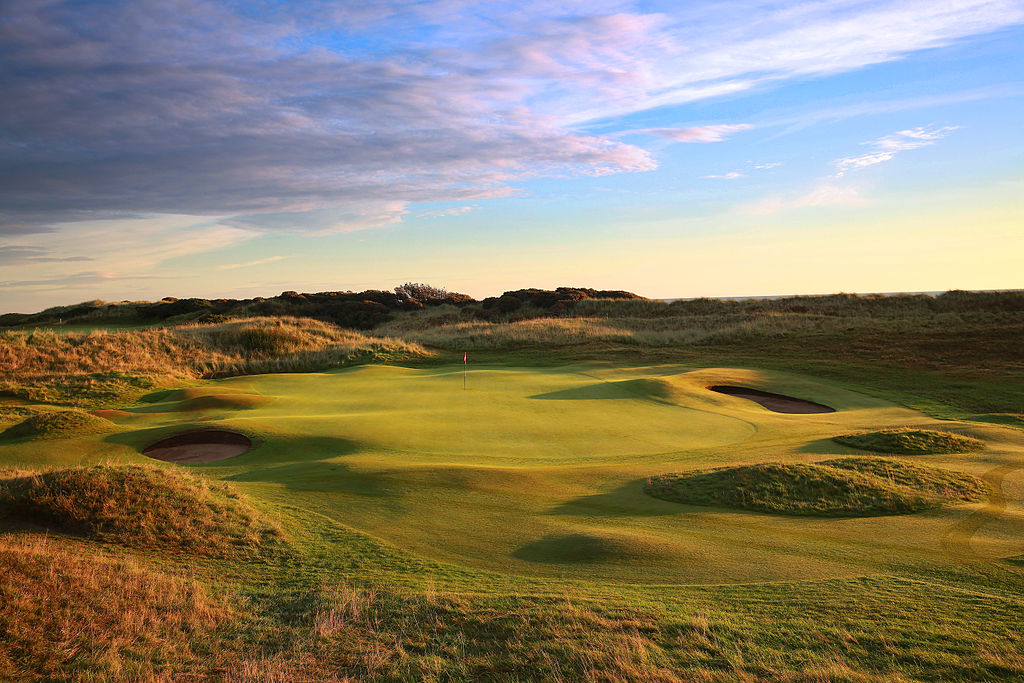