You Can Now Own an Icelandic Guesthouse Next to Famous Goðafoss Waterfall for $1.6 Million 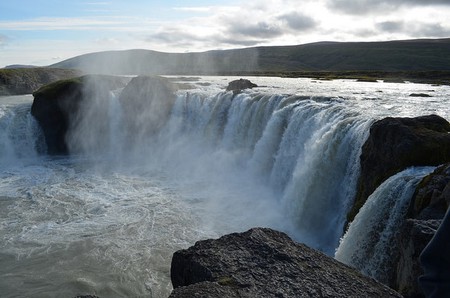 If you have ever dreamed of living next to a roaring waterfall in the magical Nordic landscape of North Iceland, then look no further. The Guesthouse Fosshóll, which sits on the edge of Skjálfandafljót canyon, is only 500 meters from Goðafoss waterfall and can be yours for a whopping $x.

Check out the real estate listing here. The guesthouse includes 21 rooms as well as a restaurant. Nearby, there is a camping site, a shop, and a petrol station. Goðafoss, which means waterfall of the Gods, is located in Bárðardalur district only 52 kilometers from Iceland’s cultural capital of the north, Akureyri. 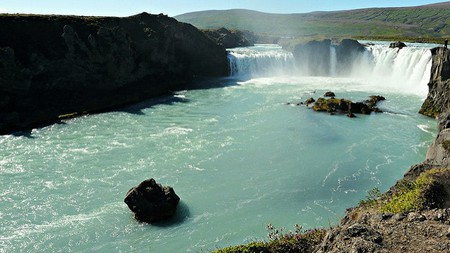 Akureyri may be smaller than Reykjavik but it has many of the same offerings, just on a smaller scale. With cafes, restaurants, vintage shopping, art museums, hiking trails, skiing trails and whale-watching – Akureyri has a lot to offer its visitors, especially if those looking to experience Iceland in a smaller scale. With Iceland’s tourism sector showing no signs of slowing down, the purchase of a guesthouse with close proximity to both Akureyri as well as a site of outstanding beauty like Goðafoss, could be an investment opportunity well worth it. 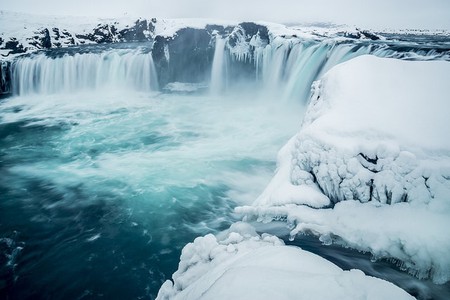 Goðafoss also has an interesting history that goes along with its visual appeal. According to, The Book of Icelanders, or Íslendingabók as it’s also called, back in the year 1000 lawspeakers of the region made Christianity the official religion of Iceland. According to the saga, upon the lawspeaker’s return from Þingvellir National Park, where the Alþing parliament was held, he threw his statues of the Norse Pagan Gods into the waterfall. This story alludes to the waterfall’s current name: “waterfall of the Gods”.

Bear in mind that purchasing the stunning guesthouse also means that you will most likely encounter many Game of Thrones fans as the waterfall was a film location in season four of the popular adventure-fantasy series.