Why You Need to Visit Iceland's Gljúfrafoss Waterfall 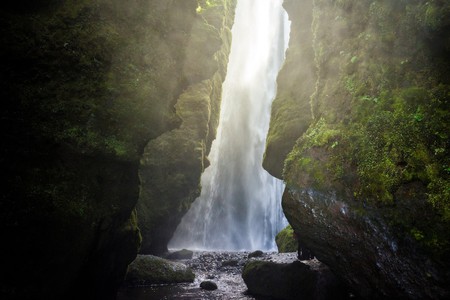 Natural features that get a lot of worthy attention in Iceland are the waterfalls that dot the remote island country. In such a rugged landscape, there are ample opportunities for a river to find its way to sea by rambling over steep cliffs, resulting in thousands of waterfalls. Iceland has an abundance of water in all forms from swimming pools, hot pools, lakes, geysers, glaciers, rivers, and the North Atlantic ocean. Many of the major waterfalls can be seen from the main ring road, which circulates around Iceland, including the hidden gem, Gljúfrafoss, or, as it is sometimes known, Gljúfrabúi. 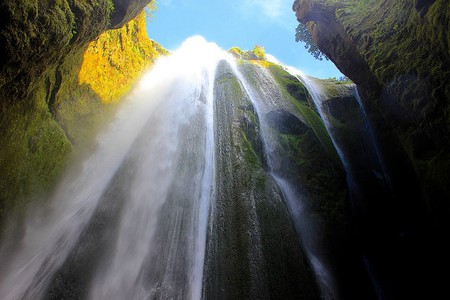 It is one of Iceland’s smaller waterfalls, although its size takes nothing away from its allure. It is actually located just behind the more notorious waterfall of Seljalandsfoss, which one can see from the Ring Road in the South. This makes Gljúfrafoss a bit of a hidden treasure as Seljalandsfoss definitely gets a lot more attention. The name translates into English as “one who lives in the canyon” – a fitting moniker for these falls as they are partially obscured by the surrounding cliffs.

To reach the falls, adventurers must follow a trail that enters a narrow canyon where the water gathers into a small pool. This is actually one of the few waterfalls where you can stand right beneath it and feel the mist on your face and the thundering sound. When visiting, it is a good idea to wear rain gear and definitely some waterproof boots, as you have to step from rock to rock up the stream to get to the waterfall. 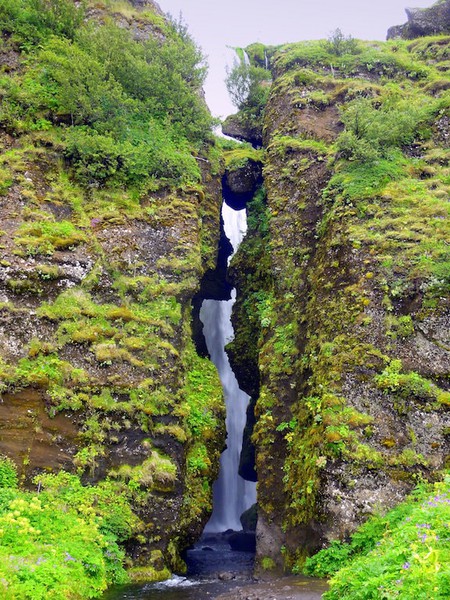 Standing below the waterfall and looking up at the opening to the sky is quite a feeling, especially on a sunny day when you can see the water glinting in the sunlight as it pours into the canyon from seemingly nowhere, cascading over slick moss-covered boulders as it has been for ages. Nearby, however, is also another winding trail that takes hikers on a wooden staircase that allows a view from another perspective.

Other Icelandic waterfalls that tend to get much more attention include Gullfoss or ‘Golden falls’. Known for its beauty, it is the tallest waterfall in the country and is in close proximity to the capital Reykjavik. The second tallest waterfall is Glymur, at almost 200 meters high, and it’s located in a fjord just West of Reykjavik. Meanwhile, Dettifoss in the North of Iceland is the most powerful waterfall by volume of water, although it is only 45 meters tall. You may recognize it from the opening scene of Ridley Scott’s 2012 film Prometheus. However, there is something magical about the hidden gem of Gljúfrafoss that surpasses comparison by height or volume.