Who Is Eating Iceland's Whales?

Iceland’s whaling industry has defied international outrage for decades, but what people don’t know is that it’s not Icelanders eating the whales they kill.

Mid-morning in Reykjavik and I am briskly walking down Laugavegur – the city’s main avenue – keeping my eyes peeled for a controversial food: whale meat. As a child of the Free Willy generation,I have about as much interest in tasting whale meat as I do in eating a tire. I am more so drawn to the misconception among Iceland tourists that whale meat – described as steak with a fish-like flavor – is a local specialty worth trying.

Within a few minutes I spot minke whale on a restaurant menu next to a selection of puffin tapas. The irony of serving whale meat just a 10-minute walk from where tourists line up for whale watching does not escape me. According to research carried out by the International Fund for Animal Welfare (IFAW), “80% of the minke whales killed in Iceland are harpooned close to the whale watching area in Faxaflói bay outside Reykjavík.” With whaling and whale watching taking place in similar areas, many tourists don’t realize the same whale they ogled in the morning might very well end up on their dinner plate the following evening.

The idea that throngs of travelers have been eating whale meat in hopes of having the ‘quintessential Iceland meal’ makes about as much sense as someone coming to New York City and assuming the lacklustre dishes of Applebee’s in Times Square are a classic speciality enjoyed by all New Yorkers (they aren’t and it isn’t).

Whale meat is hardly a local Icelandic dish; in fact, virtually no one in Iceland touches the stuff. According to a poll done in conjunction by the IFAW and Capacent Gallup, “only 3.2% of [Iceland’s] population eats whale meat on a regular basis (defined as six times a year or more) and even fewer (1.7%) eat whale meat at least once a month.” 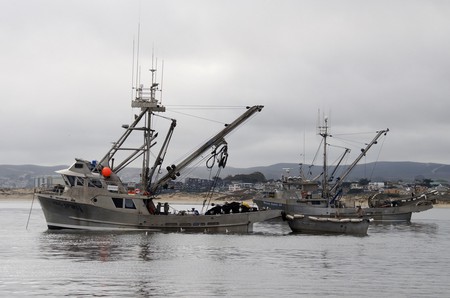 With minimal demand and virtually no local market for whale meat, the question arises: where did tourists get the idea that whale meat is a local speciality? Depending on who you ask, the answer varies. Some argue the misconception is a direct result of whaling companies lobbying for their dying business, others – such as Martin Norman of Greenpeace – suggest whaling is more deeply seeded in Iceland’s culture.

“The misconception of whale meat being a traditional Icelandic food is a complex issue to explain. The short version is that the story of whaling and whale meat for local consumption has, in modern times, been closely linked to the idea of Icelandic independence and self governing rights,” explains Norman. “The story of whaling was one of many used by groups within Iceland to ensure the country stayed out of the European Union back in the day; so even if the Icelanders themselves hardly eat whale meat, the meat has managed to become a strong part of today’s Icelandic identity.” 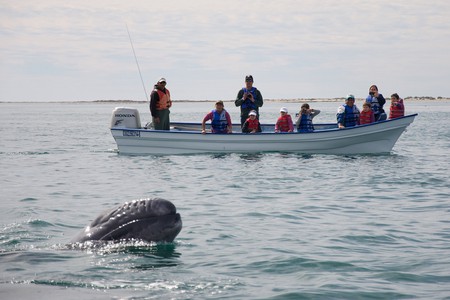 Whale meat being a presumed part of Iceland’s identity is what lures tourists to try the delicacy when visiting. In an effort to reposition tourist thinking, IFAW and IceWhale (the Association of Icelandic Whale Watchers) launched the “Meet Us, Don’t Eat Us” campaign, encouraging Iceland visitors to reconsider whale meat consumption and go whale watching instead.

Since its launch, the campaign had successfully driven down tourist demand of whale meat while transitioning 60 local Iceland restaurants to pledge to be a ‘whale friendly’ eatery. As of August 2016, more than 100,000 tourists and locals signed a petition against whale meat consumption in Iceland, imploring the local government to end the outdated practice of whaling and instead support the growing business of whale watching, which generates an estimated 12 million dollars annually.

Rather than consume whale, local chefs – such as Chef Ragnar Eríksson of Dill Restaurant – suggests travelers indulge in actual Icelandic dishes, unique to the country’s culture. “When it comes to authentic Icelandic food I think about fish, fish and more fish,” Chef Eríksson tells Culture Trip. “Iceland is an island surrounded by fish from the cleanest oceans left on the planet.”

The fight for Iceland’s whales

To understand Iceland’s whaling business, it is important to know that there are two different industries at play: minke whale and fin whale hunting. Minke whales are caught close to the Icelandic coast by smaller fishing boats, their meat sold domestically, while fin whales are hunted off shore by larger vessels before being exported exclusively to Japan.

Iceland’s present day whaling can best be traced back to 1948, when the Hvalur H/F company first began operations. According to the WDC (Whale and Dolphin Conservation), “Hvalur purchased the American naval base at the head of the 18-mile long Hval fjord, 35 miles north east of Reykjavik, to operate in the Denmark Strait between Iceland and Greenland.”

Hunting in Iceland lasted until the late 1980s, when the IWC (International Whaling Commission) voted to suspend all whaling activities. Despite the suspension, the next four years would show a death toll of 80 endangered fin whales, 40 sei whales and 80 minke whales annually, for the sake of “research purposes.” By 2003, the next phase of “research” – conducted by none other than Hvalur H/F – continued with Iceland killing more than 200 whales in order to determine whether a lower number would increase the local fish population. The study has yet to yield any results.

Hvalur H/F CEO Kristján Loftsson proved a large supporter of the study; yet as head of Iceland’s whaling corporation and chair of HB Grandi – Iceland’s largest seafood company – Loftsson has a vested financial interest, ultimately benefiting each time a whale is killed and fish is caught. 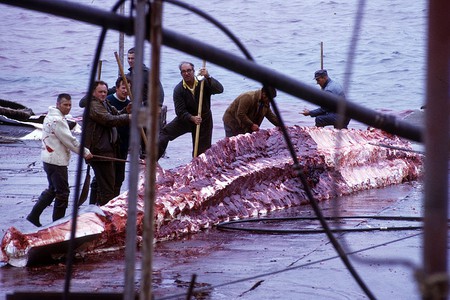 The declining demand for both minke and fin whale meat has forced Hvalur H/F to dispose of excess whale meat creatively. “Since Iceland resumed whaling in 2003 – first under the guise of scientific whaling, later as commercial whaling – Greenpeace has worked to stop whaling in Iceland,” shares Norman. “We have uncovered several scandals. For instance, that some of the fin whale meat from Iceland ended up as dog food in Japan.”

Hvalur H/F has been known to incorporate whale meat into luxury pet food, novelty whale beer and even to use whale blubber to fuel their whaling vessels – considering it an eco-friendly alternative. Yet, despite virtually no demand locally (or abroad from Japan), the company continues to drag harpooned whales back to their shore station in Hvalfjörður.

In February 2016, Hvalur H/F announced it would finally cease whaling operations due to low demand both domestically and abroad. The announcement came as a win for anti-whaling activists until September 2016 when the company exported more than 1,500 tons of fin whale meat to Japan.

“Although fin whales were spared from cruel slaughter in 2016,” explains Clare Perry, head of EIA’s Oceans Campaign, “Hvalur H/F and its director, Kristján Loftsson, are [currently] emptying their warehouse of fin whale products, presumably to resume the killing in 2017.”

The situation unfolding in Iceland is nonsensical to most. With no demand for whale meat and whale watching proving more profitable, why does Iceland continue to harpoon these animals? It’s a story of corruption, misconception and greed. If the world were a stage, then we’d have our players: the brazen activists fighting to save the whales, the master of industry who benefits each time a whale is harpooned and the unwitting tourists fueling the whaling operations.

On my last night in Reykjavik, I find myself indulging in a multi-course tasting menu of Icelandic specialty foods. By the end of the meal, I am drifting into a food coma fueled by rich, smoked lamb, freshly caught fish, licorice salted butter and Skyr berry dessert; none of the dishes containing whale.

So long as there is a tourist demand, the meat will only continue to find its way into Iceland’s restaurant menus and grocery aisles. The future of country’s whales will ultimately come down to you, the traveler.