Why a Piece of the Berlin Wall is Located in Iceland 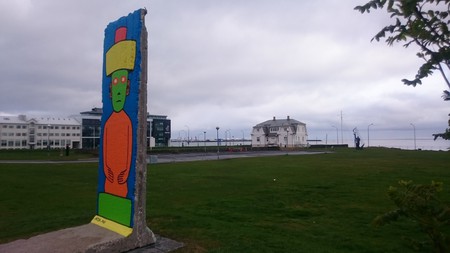 While Iceland’s museums may be concentrated in the capital of the most densely populated city, Reykjavík, there are museums of various proportions to be found elsewhere as well. There are a few outdoor sculpture gardens worth visiting with the most remarkable and surprising piece being the historical Berlin Wall. 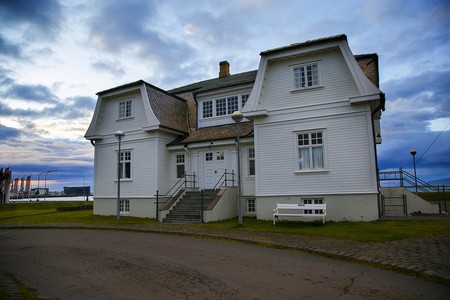 In 2015, a four-ton section of the iconic Berlin Wall was placed in Reykjavik in front of Höfði House, the site of the Reykjavík Summit – a meeting between U.S. President Ronald Reagan and General Secretary of the Communist Party of the Soviet Union Mikhail Gorbachev in 1986. The piece was placed in this location because the meeting is said to have led to the end of the Cold War, which then led to the possibility of Germany’s reunification. The section of the Berlin Wall was a gift from the New West Berlin art gallery in Germany to commemorate the 25th anniversary of the German reunification. 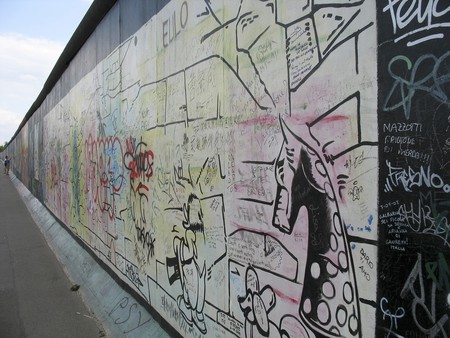 The Berlin Wall was the guarded concrete barrier that physically as well as ideologically divided Berlin from 1961 to 1989. It was constructed by the German Democratic Republic of East Germany, cutting off West Berlin from East Germany and East Berlin. Although the wall began to be deconstructed during riots in November 1989, its official demolition was between 1990 and 1992. The barrier surrounding the wall included guard towers and a wide area containing anti-vehicle trenches as well as other defenses. The Eastern Bloc saw the Wall as protecting its inhabitants from the fascism of the West that was keeping a socialist state from being built in East Germany. When the wall began to be deconstructed, inhabitants on both sides used various tools to chip off pieces of the barrier as souvenirs from nearly three decades of division. This could have been the origins of the piece to be found in Reykjavik.

To reach Höfði House and the small park that surrounds it, where the piece of the Berlin Wall sits, you can take a walk along the coastline from the old harbor of Reykjavik towards Harpa. Alternatively, you can take a bus to the location.