Unique Things for a Foodie to Do in Iceland 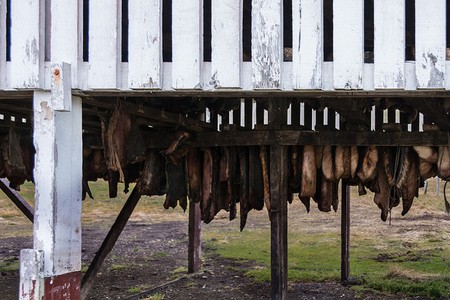 Originally based on the restrictions of an isolated rocky island trying to survive winter in the North Atlantic, Iceland’s cuisine has made several great strides over the past few centuries from just basic preparations of lamb, whale, puffin, and cod. With no big shoes to fill in terms of gastronomy, unlike other European countries, chefs are free to be their own creative masters. Thanks to the combination of artisanal ingredients with a bit of tradition and all kinds of global twists, the island now boasts a buzzing food scene. 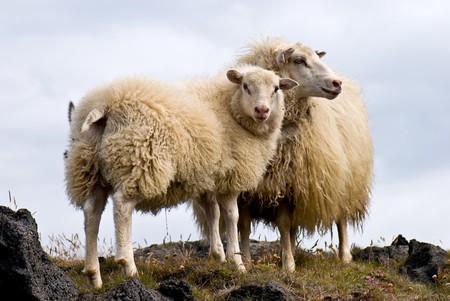 The term ‘farm-to-table’ takes on a whole new meaning as many restaurants use fresh, local ingredients here. The island, and not just Reykjavik, is dotted with restaurants that aim to put forth the most mouthwatering dishes that use fresh seafood. Try Bergson Mathús for an excellent plate featuring all of Iceland’s favourite breakfast foods: prosciutto, fruit, vegetables, homemade sourdough bread, eggs, and skyr – the beloved Icelandic yogurt. 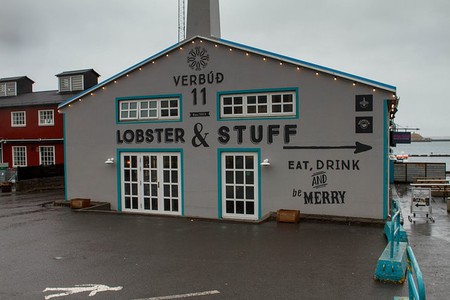 Check out our article on the best places to have lobster soup in Reykjavik for all the details. This dish is famed for being the best in the world, especially at Sea Baron located in Reykjavik’s old harbour area. With a delicate blend of creaminess and spice, this Icelandic favourite goes well with a glass of white wine.

Once an unpleasant place where one only came to wait for the bus, this former bus station in Reykjavik is now a bustling food hall modeled after those in larger European cities. It boasts local and ethnic cuisine options. Try some of the following establishments: the artisan bakery Brauð & Co, the famous Danish open-faced sandwich masters at Jómfrúin, authentic Mexican tacos at La Poblana, the experimental SKÁL! bar, delicious coffee at Te & Kaffi Microroasters, nitrogen frozen ice cream at Ísleifur Heppni, and Vietnamese street food at Báhn Mí. 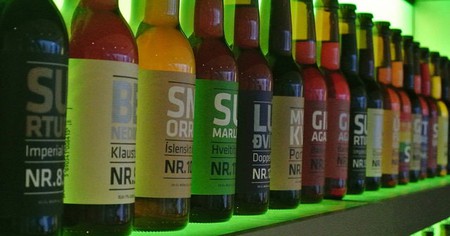 A foodie’s trip to Iceland would not be complete without tasting some of the varieties of craft beer available. Beer was banned in Iceland until 1989, but the trend for brewing and drinking craft beer has definitely picked up momentum over the past decade. After a long period of bars in downtown Reykjavik predominantly serving mainstream lagers, such as Víking, Gull, and Carlsberg, the addition of a developing craft beer culture is very welcome. While there are only a few bars in Reykjavik that focus specifically on craft beer, there are numerous other bars in the capital and elsewhere on the island where you can find a small selection. Check out our article on the best places for craft beer.

Puffin, or lundi, is a delicacy in Iceland. This is hardly surprising as the island has the largest puffin colony in the world. Quite a few different restaurants offer the dish in a variety of ways (read about in our article, The One Dish You Have To Try Before Leaving Iceland). Another Icelandic delicacy is hakarl, or fermented shark, with the consistency of a mature cheese and a very strong taste like rotten fish. Head to the weekend market, Kolaportið, located by the harbour in Reykjavik to get a sample of this unique dish from a local farmer. Hopefully, he will have some Brennivín schnapps for you to wash it down with afterwards.