Why You Should Visit Iceland's SkóGafoss Waterfall 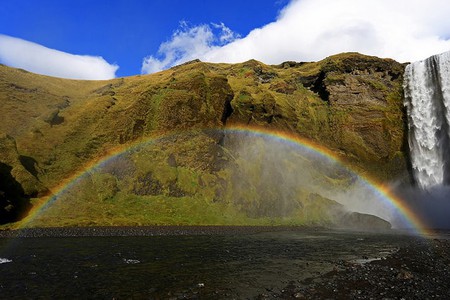 Skógafoss is one of Iceland’s largest waterfalls with a drop of 60 meters and a width of 25 meters. It is a mesmerizing place that allows you to safely walk right up towards it where you will be able to feel the mist from the water or get completely drenched depending on your distance. It is also a waterfall that tends to create rainbows particularly double rainbows in the sunshine. Located only 154 kilometers from Reykjavik, Skógafoss is the perfect place to visit on a day trip. 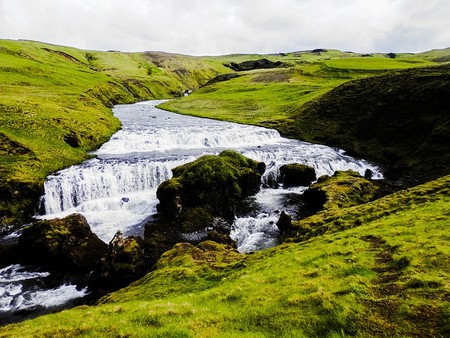 Stairs leading to an observation platform can be found above the waterfall, with the stairs resembling hiking trails. As it can get very windy at times, be sure to be cautious when climbing up the stairs. The magnificent view from the top is one worth viewing as the top of the hills offers stunning angles of the falls. Though Skógafoss is the largest waterfall on the Skóga river, there are plenty more waterfalls on the close to the river. In fact, you can even see the falls as you approach them while driving on the ring road. 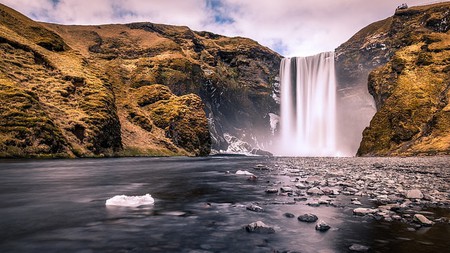 There is a myth connected to the waterfall that ties in very well to its frequent rainbow sightings. According to legends, a chest filled with gold was hidden behind the waterfall by a Viking settler named Þrasi Þórólfsson around the year 900. As the story goes, locals later tried to locate the chest, which they did but were only able to grasp the brass ring on the side of the chest before it disappeared again under the waterfall. The ring, which fell into the hands of the locals was given to a local church but can now be found at the nearby Skógar Museum, where the ring lies on the church door. 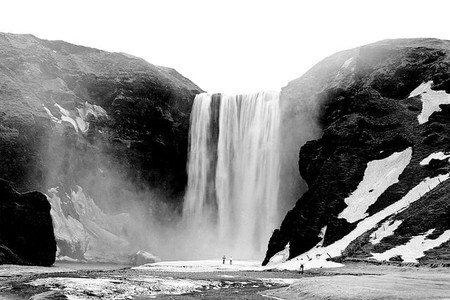 The waterfall is a popular starting point for hiking trails leading to Fimmvörðuháls, which passes between Eyjafjalljökull glacier and Mýrdalsjökull glacier. It then continues on to Þórsmörk before finding its way to Landmannalaugur trail, which is one of the most beautiful and accessible hiking trails in Iceland.

A campground located close to the waterfall allows visitors to park their cars and spend the night out in nature before embarking on their journey the following morning. Waking up next to Skógarfoss is not a bad way to start your trek.

This incredibly photogenic waterfall has been the setting for a number of films and music videos, including the action-adventure based on Nordic mythology, Thor: The Dark World, The Secret Life of Walter Mitty, and in The History Channel series, Vikings.