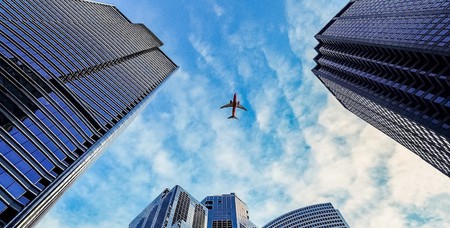 Jobs that promise to pay you to travel the world are a mainstay of any social media feed. Chances are you too have been tagged by a friend in an ‘OMG let’s do it’ comment on a too-good-to-be-true ad that neither of you will ever follow up on.

One of the most recent offerings came from WOW air, who advertised for a pair of content creators for their upcoming Travel Guide project. ‘Get paid to move to Iceland and travel the world with your best friend!’ the ad beckoned.

With ISK 405,000 (£2,916) a month on the line for ‘the best summer job ever’, which invited a pair of travelling companions to explore various destinations across the globe and create content about them, the news went viral faster than one of the airline’s A320s. But what actually happens with these ads once they stop monopolising your news feed?

Despite their omnipresence on your Facebook timeline, there is a voracious public appetite for these kinds of jobs. In just three weeks, 13,000 two-minute videos had come through to the hiring team at WOW air. That means that around 20,000 individuals grabbed a camera, edited footage and uploaded it to YouTube, doing their best to showcase why they were the right people for the role.

The airline prides itself on being at the forefront of affordable air travel and so with budget as a key point of focus, they asked applicants to create a short video travel guide to their home town. The company was looking to hire a double act because ‘it’s always more fun to travel with a good friend’, WOW’s Sverrir Falur Björnsson tells Culture Trip. They were searching for ‘creative, outside-the-box thinkers’ who were ‘hardworking and entertaining’, Sverrir says. He does admit, however, that the airline was also hoping for a dynamic duo of content creators with ‘some technical experience when it came to film-making and digital editing’ as this could ‘elevate the final outcome’.

Brad Stuart, a 32-year-old improv actor, travel writer and tutor, and Roberto Serrini, a 40-year-old film-maker and travel writer, fit the bill. Sverrir describes the New York City-based pair as ‘highly sought-after elite professionals’. They applied together and went on to win the competition.

Brad runs True Travels, a travel platform where he shares his experiences travelling the world ‘as often as most people do a load of laundry’. Roberto has made commercials for companies including adidas, Nike and Apple. They have known each other for years and Brad told Culture Trip they initially bonded over their ‘love for beer and travel’. Just before they won the contest, they were in the process of launching a creative agency that creates original content focused on travel. Unsurprisingly, the winning duo’s video is professional and entertaining.

Like the rest of us, Brad found the job online. He says the advert was ‘pretty hard to miss. It seems like it was all over the internet and several of my friends sent me articles about it.’

It was a no-brainer for Brad and Roberto to apply. They spent two days shooting their video submission and ‘four days and several gallons of coffee’ putting the edit together. Brad says the process was so intense that it felt more like ‘17 days of filming and four months in the edit bay’.

‘We wrote out a two-minute script that covered all the unique, budget-minded destinations in New York City,’ Brad explains. ‘Then we plotted them out in Google Maps and hit the town. I think we averaged 25,000 steps per day.’

After submitting their video, they heard nothing from the airline until they received an email that they had snagged the job. ‘We got an email shortly after the contest was over,’ Brad shares. ‘I called Roberto and we were just laughing hysterically. For us, this was literally a dream come true.’

It's SO FLUFFY! ☁😍 – #wowair #wowstopover #airbus #travel Photo by @rikantis

When we asked Sverrir what a typical day would be like for Brad and Roberto on the job, he said: ‘It’s difficult to say since we don’t imagine that there will be many typical days. They will definitely be waking up in different cities all over the world on a regular basis, but they’ll also get a chance to travel around Iceland a lot.’

Brad responded in pretty much the same way: ‘Honestly, the only thing we know is that this is going to be a crazy summer in the best way possible. WOW really wants the experience to be fun for us and for us to celebrate travel and make cool content, which is music to our ears.’