This Country Will Be Turning Carbon Dioxide Into Snow 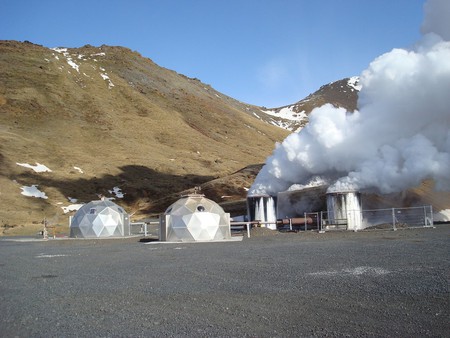 With climate change headlines seemingly growing direr each year, with statements such as, “Climate Change could destroy Statue of Liberty, Venice, and many other parts of the world’s heritage,” “UN report warns and Climate change: flooding caused by global warming to put one billion people at risk by 2060, charity warns,” innovative scientists remain staunch in finding ways to suppress the damage.

At Reykjavik Energy’s Hellisheidi geothermal power plant, a short-term project with potentially long-term outcomes in tackling climate change is being researched. The exclusive project is called CarbFix. The initial action of the project was pumping a carbon dioxide and water mixture underground into deep layers of basalt rock at Hellisheidi geothermal power plant. The idea is that the acidic mixture will dissolve the calcium magnesium and limestone in the rocks, which is what makes them trap gas naturally. In this way, the carbon dioxide is converted into a stone. 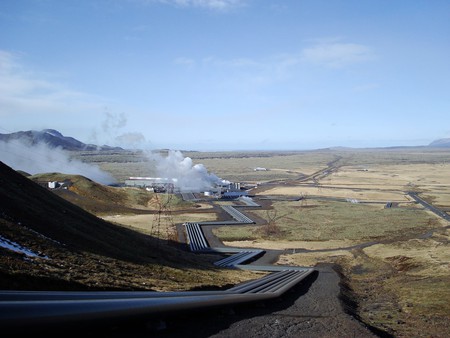 The researchers were surprised to find that after two years, almost all of the gas was converted, going against the initial suggestion that the capturing and storage of carbon would take thousands of years. Basically, the experiment accelerates an already naturally occurring process happening deep in the earth’s layers.

The expensive process, costing $10 billion, also holds another issue which lies in how and where to store the gas once it has been taken from the air. While the gas can be stored underground, there is concern about how it can be monitored and properly contained without leaking. Basalt, which can be found in many places around the world, offers a promising material in which to contain carbon dioxide, not to mention the ocean floor, which is full of basalt layers. While this innovative solution sounds like a no-brainer, the plans are lacking action from politicians, although the means to carry out the project on a large scale are ready to be deployed. In Iceland, CarbFix plans to store 10,000 tons of CO2 per year.