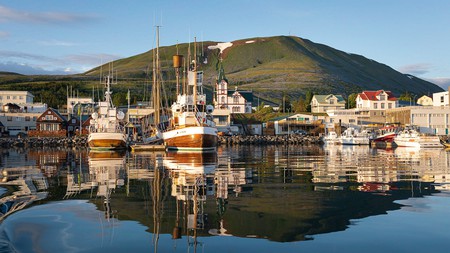 Húsavík harbour, where humpback whales can be spotted in season | © Ales Mucha

When Netflix comedy Eurovision Song Contest: The Story of Fire Saga hit our screens in June 2020, the world was still reeling from the impact of Covid-19. The movie offered light-hearted relief, with fans obsessing over the idyllic location featured in it. It turns out that Húsavík, the Icelandic fishing town we were all desperate to visit, is very real – and ready to welcome travellers back as soon as possible.

In the movie, two friends from the small town of Húsavík somehow end up competing in the Eurovision Song Contest representing Iceland. Will Ferrell and Rachel McAdams play the musical duo and their characters take inspiration from the spectacular scenery around them. 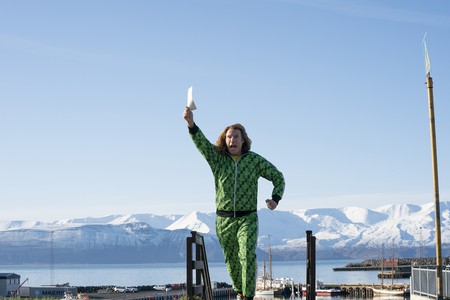 “We are blessed to have incredible natural beauty all around us, ranging from the largest whales to the most powerful waterfalls,” Örlygur Örlygsson tells Culture Trip. As a local and owner of Cape Hotel, Örlygsson is obviously very proud of his home town, and he’s not alone. The 2,300 residents of Húsavík have become part of a bigger story since the success of the film, with a boom in tourism expected once international travel returns.

Húsavík is about an hour’s drive from Akureyri in the north of Iceland, and almost six hours from the capital, Reykjavík. It’s fair to say the town was already on the radar of savvy travellers, with tourism a big part of the local economy, but movie stardom is about to elevate things to another level entirely.

“Most of the people who visit Húsavík do so in the summer, while in the winter we have the Northern Lights and skiing. I also think the people are what make the place beautiful. We are welcoming and we want our guests to leave with great memories,” says Örlygsson. 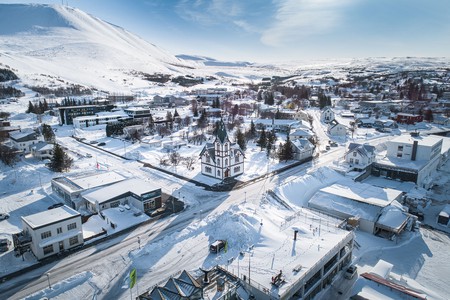 Húsavík, the site of the first house to be built in Iceland, and is within easy reach of many of the country’s major attractions | © Ales Mucha

It seems like visitors can experience the complete Icelandic adventure in one place, and that’s one of the reasons the town is known as one of the most beautiful places in the world. It’s also what attracted filmmakers to this quiet part of Iceland.

“When I heard that Will Ferrell was planning on doing a Eurovision film, I got very excited,” says Hinrik Wöhler, managing director of Visit Húsavík. “As far as I know, the writers wanted to have an underdog story and Iceland is a perfect fit. We have participated in the song contest since 1986 and are still waiting for our first victory. It will happen someday.”

A lifelong fan of the singing competition, Wöhler took on the role of promoting the town after filming had been completed in 2019, and then in the middle of a pandemic. Even so, he’s fully aware of the impact of the movie and the worldwide exposure it has garnered for Húsavík. 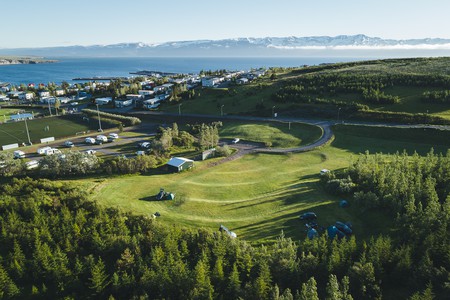 One man who was around during filming of Eurovision Song Contest: The Story of Fire Saga was Örlygur, who shared some of his fond memories of what it was like during the production. “I enjoyed showing Pierce Brosnan around the Exploration Museum. One of our exhibits about volcanoes was of particular interest to him, and he was very knowledgeable about Iceland’s volcanic systems, after studying them in preparation for his role in Dante’s Peak (1997), in which he portrays a volcanologist. I did also meet Will Ferrell, fittingly in a more funny setting. I was painting my house – this was in October in Iceland, but I was just wearing a T-shirt. Ferrell walked over to ask me if I wasn’t cold. We chatted for a while and he was obviously enjoying his time in Húsavík.”

The welcoming atmosphere around town has continued throughout the past year, in spite of significant challenges in the wake of the pandemic. 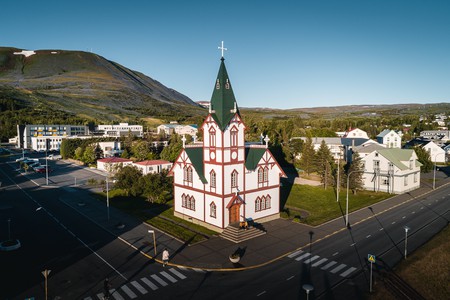 The town’s most famous landmark is the Wooden Church, built in 1907 in the style of a Swiss chalet | © Ales Mucha

“The pandemic was a huge shock for us,” Wöhler adds. “Many people lost their jobs, and tourist companies needed to minimise or even close their business. Luckily, Iceland was more or less Covid-free from late May to early August 2020, which allowed Icelanders to discover their country. With the majority of the population living in Reykjavík, domestic travellers flocked to north Iceland during the summer. The domestic traffic was above all expectations and it gave us a lifeline.”

International travel will also return soon in big numbers, no doubt aided by a push for Oscars glory for a song from the film named after the town itself. 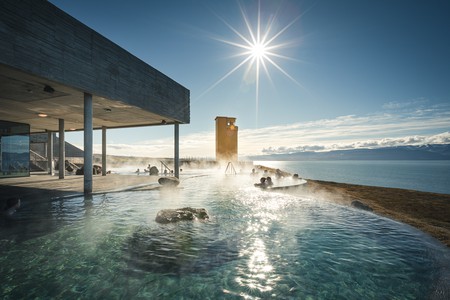 “I think everyone is optimistic for the coming months and years,” Wöhler says. “We are staying down-to-earth at the moment, we need to beat the pandemic first. That is on good course, so we are just planning and trying to be ready for when tourists start to visit us again. According to the latest stats, we have been receiving 10%-15% of total tourists arriving in Iceland. We believe that we can get a larger cut of the cake, as over the years we have improved our infrastructure. The locals can’t wait to welcome international travellers to north Iceland once again.”

There’s plenty to see and do around Húsavík, even though its a relatively small destination. World-class whale watching from Skjálfandi bay is a popular activity, as is taking a soak in one of the cliffside geothermal pools on the other side of town. As you can imagine, fresh seafood is readily available in the restaurants along the harbour, and you can find locals often hanging out at newly opened brewery, Húsavík Öl. 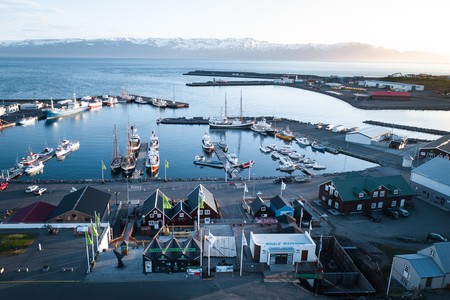 Húsavík is known as the whale capital of Iceland, and the majestic humpback can often be spotted on whale-watching tours | © Ales Mucha

Another upcoming attraction, and one pertinent to this story, is the planned Eurovision Museum, the brainchild of none other than Örlygur himself. It seems like Húsavík and Eurovision have a very fruitful relationship ahead, and visitors can experience the best of both worlds on their next visit to Iceland, too.