The Most Influential Contemporary Icelandic Novelists 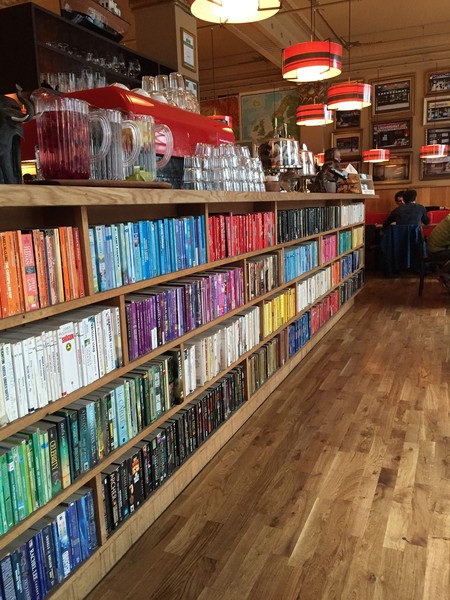 Iceland is notorious for being a book-loving nation, with over 1300 titles published each year. In a language spoken by only 340,000 people, that is a remarkable number. Iceland’s love for the written language has a long history going all the way back to the settlement of the country. At the beginning of the 20th century, Iceland was publishing mostly poetry collections, but a few young novelists emerged at around that time, one of them being Halldór Laxness, the only Icelander to be awarded a Nobel Prize for Literature, in 1955. The following contemporary novelists from Iceland continue the tradition.

Sigurjón Birgir Sigurðsson (born 1962), known simply as Sjón, meaning ‘sight’, is one of Iceland’s most established authors. As well as novels, he has written lyrics for Björk and many plays. Most recently, he wrote Moonstone, about a young gay prostitute living in Reykjavik in the early 20th century. Sjón began his career as a surrealist poet before beginning to write novels, and his poetic language is clearly in evidence in his novels. You can check out our interview with Sjón about Moonstone.

Andri Snær (born 1973) has had works published in over 30 countries. His most recent book, Tíkimakistan, or The Time Casket, won the Icelandic Literary Award, adding to a long list of awards he has won in recent years. He ran in the 2016 Icelandic presidential election on a strong environmental platform. Check out his other book, Dreamland, about some of the issues facing modern Iceland.

Auður Ava (born 1958) is a professor of art history at the University of Iceland. She has written books of poetry, novels and plays. Her 2004 book Butterflies in November (Rigning í nóvember) won the Tómas Guðmundsson Literary Award in Iceland. The following words by the author give an apt insight into her playful approach to writing: ‘A poet is a foreigner in her own language; it is a poet’s lot to misunderstand her own language.’ Check out her novels Undantekningin (The Exception) from 2012 and Ör (Scar) from 2016.

Arnaldur Indríðasson (born 1961) is well known for his cycle of crime-fiction novels, of which there are currently 14, written from the perspective of the protagonist, Detective Erlendur. With a keen sense of justice, the author channels his own moral standpoint into the weary detective. He writes about contemporary Reykjavik as well as Reykjavik in the 1940s during the British occupation. He previously worked as a journalist and film critic for the main Icelandic newspaper. In 2006, the novel Mýrin, part of the crime-fiction series, was made into the film Jar City, directed by Baltasar Kormákur.

Hallgrímur Helgason (born 1959) is a novelist, poet, critic and painter. He is best known for his 1996 novel 101 Reykjavik, upon which the film of the same name was based. It perfectly captures modern Reykjavik, especially in regard to its nightlife culture, with the recent legalisation of beer in 1989. You can also check out his recent novels The Hitman’s Guide to Housecleaning from 2008, Konan við 1000 or The Woman at 1000 from 2011, and Sjóvekiur í Munchen or Seasick in Munich from 2015.

Guðbergur Bergson (born 1932) is one of the leading translators of Spanish works in Iceland. He studied literature in Barcelona, where he lived for many years. His first novel was published in 1961. Since then he has written more than 20 books, including poetry and children’s literature. He won the Icelandic Literary Prize in 1991, and the Swedish Academy Nordic Prize in 2004. Check out his book The Swan from 1991.

Ólafur Gunnarsson (born 1948) has worked as an independent writer and translator since 1974. His recent publications include the two novels The Painter from 2012, and The Sinner from 2015. The Painter is about the consequences of crime in the life of a painter, while The Sinner picks up where The Painter leaves off and continues the same investigations. Gunnarsson is viewed as a realist and the author most considered to be carrying forward the tradition of Halldór Laxness.

Gúðrun Eva (born 1976) wrote her first novel in 1998. Since then, she has written five novels, including her 2000 book Fyrirlestur um hamingjuna, or Lecture on Happiness, which was nominated for the Icelandic Literary Prize, and Yosoy from 2006. You can also check out her most recent book, Allt með kossi vekur or Everything Is Woken with a Kiss. Her novels are offbeat dramas, with unsuspected plot twists and shifts in perception.