The Most Iconic Icelandic Films You Need to Watch 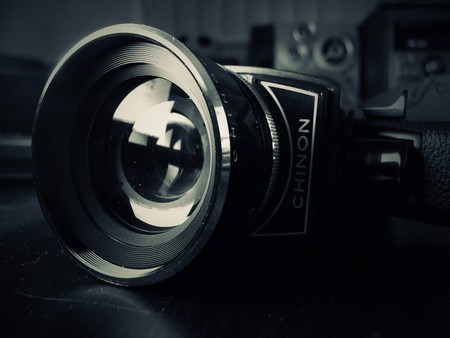 Though the Icelandic film industry was relatively slow to develop in comparison to other Nordic countries, film production slowly grew in the decades following the first feature film to be set in Iceland’s release: the 1918 romantic drama, You and I, directed by Victor Sjöström. The establishment of the government-supported Icelandic Film Fund (IFF) in 1978 helped the national film industry really began to become established and with a noted deadpan humor and frequent portrayal of farm-life drama, Icelandic cinema features Iceland, its landscape, and its drama.

Directed by Hrafn Gunlaugsson, this cult classic depicts Viking chieftains in the settlement area in a drama of personal revenge. The director drew inspiration from Japanese director Akira Kurosawa as well as the Sagas of Icelanders, the mythical 12th-century prose. This film aimed to replace stereotypes of Vikings with more authentic portrayals of characters with strong morals. The film was selected as Iceland’s entry to the 57th Academy Awards’ Best Foreign Language Film category, but it was not nominated.

Directed by Friðrik Þór Friðriksson, this charming tale of love and growing old in the countryside takes on almost mythic status, and it raises questions about the value of life when people leave everything that has meaning behind. Children of Nature is also notable in that it is the only Icelandic film to date to have been nominated for the Academy Awards’ Best Foreign Language Film category.

Directed by Óscar Jónasson, this cult classic was screened in the Un Certain Regard section at the 1993 Cannes Film Festival. The absurd humor of the plot revolves around a young car mechanic who lives with his mother and is sent on an adventure into Reykjavik to recover the remote control to his mother’s television. The after-party address used in the film is still referenced today by partygoers. The film includes scenes from the Icelandic metal band, HAM.

Director Baltasar Kórmakur’s feature film helped launch Reykjavík into the new millennium as a liberated, multicultural, party destination. The soundtrack composed by Damon Albarn of Blur and Einar Örn Benediktsson of The Sugarcubes is also noteworthy. The film tells the tale of a young man who lives with his mother and falls in love with his mother´s live-in Tango teacher.

The debut of director Dagur Kári, Nói the Albino is a curious and compelling story about a teenage albino misfit living in the Westfjörds of Iceland. Although proclaimed a genius by the school’s psychologist, Nói’s apathy seems overpowering except for plans to leave the small village with Íris, the petrol station attendant. The director’s haunting and melodic band Slowblow plays throughout the film.

Directed by Baltasar Kórmakur, this adaption of Arnaldur Indridason’s best-selling crime novel of the same name. The third installment in the series, it established what became known as the Nordic Noir genre. The film sees a worn detective investigating what he considers to be a typically pointless Reykjavik murder. However, coincidences cause him to soon realize that something else is afoot. Kórmakur’s makes a great adaptation with his attention to multi-layered storytelling and mood.

Directed by Rúnar Rúnarsson, the film was selected as the Icelandic entry for the 84th Academy Awards’ Best Foreign Language Film category but not selected for the final shortlist. Eldfjall is the story of a newly retired janitor who has to face the conditions of his life in the void that is the rest of his life. He deals with his estrangement from his family and friends and through drastic events, he realizes he has to make adjustments if he is to embrace the future.

Directed by Ragnar Bragason, Málmhaus was screened in the Contemporary World Cinema section at the 2013 Toronto International Film Festival. Set in the 1990s, the film takes place in a small, isolated village in Iceland in the 1990s and tells the story of a young woman who is traumatized by her brother’s death. She finds solace in heavy metal music and while an outsider in her village, she butts heads with the priest and locals. It is a true-to-life portrayal of the close-knit communities found in Icelandic small towns.

Directed by Benedikt Erlingsson, Hross í Oss has achieved cult status since its debut at the San Sebastián Film Festival in 2013. This story takes place in a remote Icelandic village and includes a weaving drama between man, woman, and horse. The protagonists are horse breeders whose lives are deeply entwined with those of their horses. This creates a permutation of vision that is told at times through the director’s focus on the demeanor and expression of the horses themselves.

Directed by Rúnar Rúnarsson, Þrestir is about a teenage boy who moves away from his mother and Reykjavík to his father in the Icelandic countryside. In the countryside, the teenager navigates a difficult relationship with his father as well as the drastically declining surroundings and lack of friendships. Taking place during the Icelandic summer, the sun never sets and casts the whole film in a mystical summer glow. Screened in the Contemporary World Cinema section of the 2015 Toronto International Film Festival, it was also selected as the Icelandic entry for the 89th Academy Awards but was not nominated. Þrestir also won the Golden Shell Award at the 63rd San Sebastián Film Festival.