The Most Amazing Waterfalls in Iceland You Can Visit 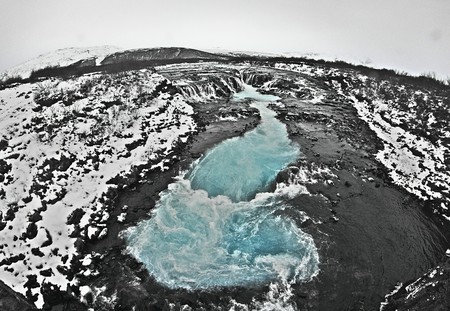 There are beautiful waterfalls dotted all over the country and it would simply be wrong to go to Iceland without seeing one. Rather handily, a few are perfect for a short day trip from Reykjavik if you’re short on time. You can walk up close to most of them and even behind some, to add to the experience. Here are six of the most fascinating falls.

Svartifoss, or the black waterfall is located in Skaftafell National Park. There is a nice short hike (1.5km or 1 mi.) up to the waterfall so you have to work a bit before you reach the glory. The waterfall is surrounded by black basalt columns. If you have been to the Hallgrimskirkja Church in Reykjavik the view of the waterfall may remind you of it, as basalt columns like these provided inspiration for the church. 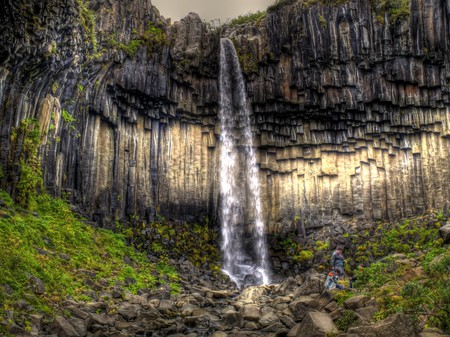 This is probably the most known waterfall in Iceland due to its size and power. Gullfoss is located in the Golden Circle nearby the famous Geysir geyser. This one is perfect for a day trip from Reykjavik and visiting the geyser at the same time. It is a popular destination though, so it is recommended to get there early in the morning to enjoy it in peace. The name Gullfoss means golden waterfall. The water plummets down 32m (105 ft.) in two stages into a rugged canyon, 70m (230 ft.) deep. The view on a sunny day often greets you with a colourful rainbow over the waterfall. 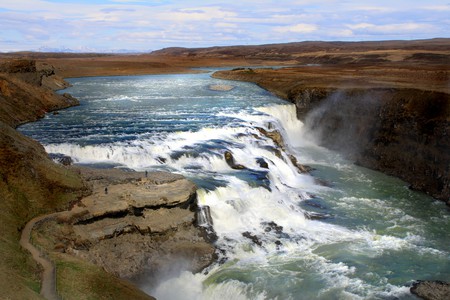 The Faxi waterfall is located near the famous Geysir geyser, but is not as frequently visited as Gullfoss – making it pleasantly quiet. The waterfall is a hot spot for salmon fishing, so if you want an even closer experience with Icelandic waterfalls, fishing in one might give you what you are looking for! 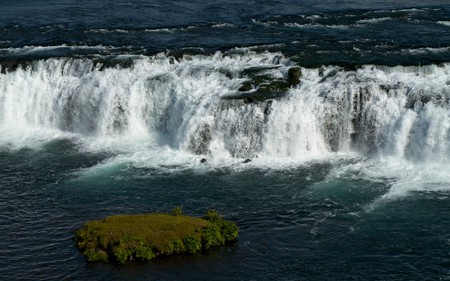 The Seljalandsfoss waterfall is located about 1.5 hours from Reykjavik, in the Southern Region and is quite unique, especially as you can walk behind the waterfall into a cave and enjoy the terrific view from there. This waterfall drops 60m (197 ft.) and is a part of the river Seljalandsá, which has its origin in the Eyjafjallajokull glacier. There are many attractions in this beautiful area. 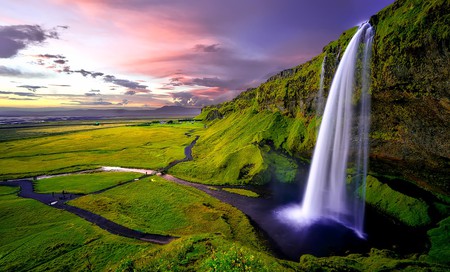 Not far from Seljalandsfoss is Skogafoss waterfall (60m/197 ft. high) in the village of Skógar, along the Southern Ring Road. It is said that Þrasi, the first Viking settler in the area, buried his chest of gold under the waterfall. You can often see a beautiful rainbow on a sunny day over the cliff, so you might be the one to find his treasure if you look hard enough! 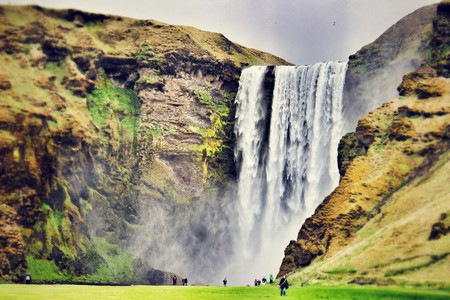 Godafoss waterfall is located in the North East of Iceland and is one of the most fascinating waterfalls in the country. Even though it is not that high compared to the others – at only 12m or 39 ft. – it more than makes up for the height deficit with its 30m (98 ft.) width. In the year 1000, Thorgeir Ljósvetningagodi, the lawspeaker, is said to have thrown his statues of the Norse gods into the waterfall after he made Christianity the official religion of Iceland. 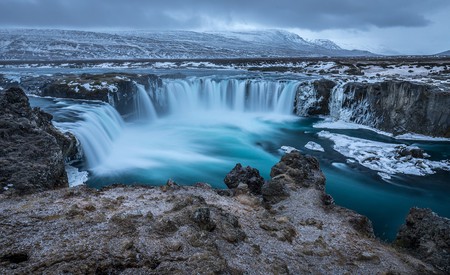 Godafoss | © Nathan618 - Pixabay
Give us feedback