PROFILE
EUROPE
/
ICELAND
/
Things to Do

The Best Things To Do in Siglufjörður, Iceland’s Northernmost Town 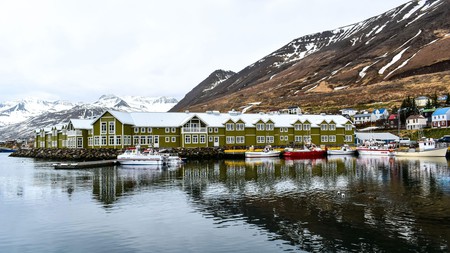 Less than 40km south of the Arctic Circle lies the picturesque fishing town of Siglufjörður, tucked between rugged mountains at the tip of the Tröllaskagi peninsula. Here are the best things to see and do in one of Iceland’s most remote outposts.

At 66.15º north, Siglufjörður isn’t quite Iceland’s northernmost settlement – the tiny villages of Kópasker and Raufarhöfn are situated at slightly higher latitudes. But as far as reasonably-sized towns go, it’s as close as you can get to the Arctic without leaving the mainland.

Despite its remote location, it’s surprisingly accessible thanks to the Héðinsfjörður tunnels that have connected Siglufjörður – and its neighbouring town, Ólafsfjörður – since 2010. The two towns are now part of the same municipality, Fjallabyggð. By car, it takes just over an hour to get there from Akureyri via Route 82 and Route 76 – an easy detour from the main Ring Road (Route 1). 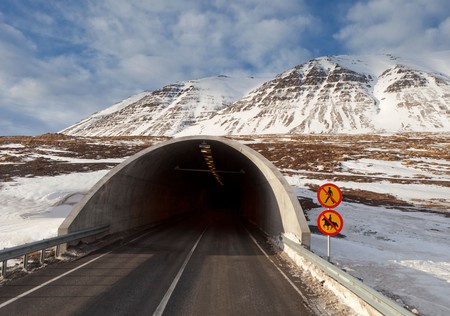 Following a period of rapid growth in the early 20th-century, Siglufjörður became one of Iceland’s largest and most economically important towns by the 1950s, flourishing as the herring fishing capital of the North Atlantic. Since then, its population has shrunk significantly from a peak of over 3,000 to around 1,300 inhabitants – but while the fishing trade has dwindled, it remains a vibrant community today with a whole host of outdoor activities and cultural points of interest on offer.

Siglufjörður has developed a reputation as one of Iceland’s best winter sports destinations – and you only have to drive 10-15 minutes out of town to reach the Skarðsdalur Ski Resort. With four lifts and 5.5km (3.4mi) of marked trails, most of the slopes are ideally suited to beginners and intermediates – but there are a few steeper sections for more experienced skiers, too. The ski season can last as long as six months – between mid-November and mid-May – although snow conditions and opening times vary year by year. An adult day pass costs 3700 ISK (£21).

Hike in the Surrounding Nature

In the summer months, there is an abundance of excellent hiking opportunities in and around Siglufjörður, ranging from day-long treks to the deserted nearby Héðinsfjörður to shorter walks along the avalanche barriers directly above the town. For a contrast to the rugged mountainous terrain, head to Skarðsdalur – next to the ski resort – where you’ll find a community-planted forest with several walking trails and a beautiful hidden waterfall – Leyningsfoss. Detailed maps are available to pick up for free at the information centre or the Sigló Hótel in the town centre. 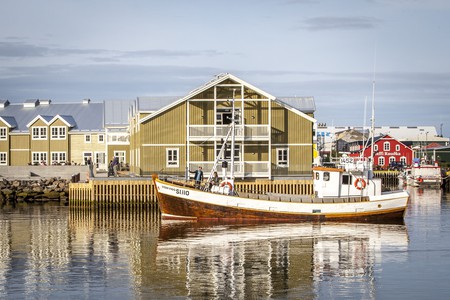 Siglufjörður’s northerly latitude and isolated location – meaning minimal light pollution – makes it one of the most reliable places in Iceland to catch a glimpse of the northern lights. Spotting them depends on weather conditions and the strength of solar activity, but on a clear winter night in the depths of winter, you’ve got a very good chance of doing so in Siglufjörður. They can be seen dancing across the night sky any time between late August and early May – yet October to March tends to be the prime window of opportunity.

You can also spot the northern lights with Culture Trip on our exclusive five-day Iceland adventure, which includes snowmobiling across a glacier and a visit to the Blue Lagoon.

Gaze in Awe at the Midnight Sun

Unlike the northern lights, there’s no luck needed to observe the other natural phenomenon that’s present in Siglufjörður throughout the summer months: the midnight sun. Between June 10-July 1, the sun never fully dips below the horizon – and there’s almost constant daylight between late May and early August. It might disrupt your natural sleep cycle, but sitting outside in the early hours of the morning, looking out across the fjord as it’s bathed in a warm, golden glow is an unforgettable experience.

No trip to Siglufjörður is complete without sampling the local craft beer from Segull 67 – a family-run brewery housed inside a converted fish factory. It’s open Thursday-Saturday and you can book a guided tour of the brewery for 2500 ISK (£14), in which you’ll learn about the building’s history and the brewing process before tasting the beers, fresh from the source. You’ll also find a selection of Segull 67 beers – mostly lagers and IPAs – at the two brightly coloured cafes, Hannes Boy and Kaffi Rauðka, by the harbour. 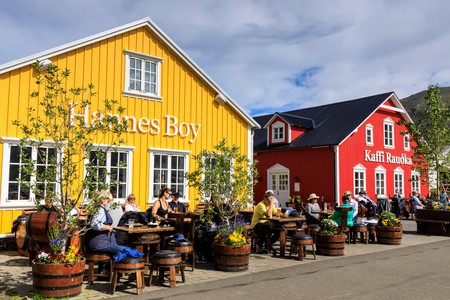 Enjoy a morning in the colourful cafes of Siglufjordur, North Iceland | © robertharding / Alamy

Split across five restored buildings – including a former freezing plant, salthouse and factory – the Herring Era Museum offers a fascinating window into Siglufjörður’s past. Expect to journey through its transformation from a tiny shark fishing village into Iceland’s main herring fishing hub by the 1950s. This era is vividly brought back to life through a series of superb exhibitions, which demonstrate the importance of the town’s industrial heritage to Iceland’s economic development throughout the 20th-century. Tickets cost 1800 ISK (£10) for adults and include entry to the nearby Folk Music Centre. 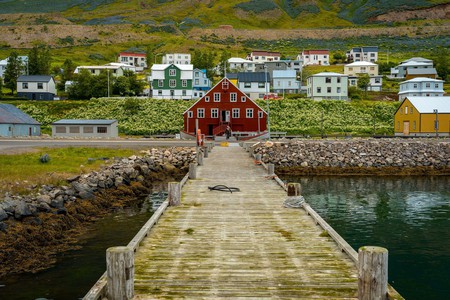 Siglufjörður is the primary filming location of Trapped – the hugely popular Nordic noir series from the internationally acclaimed director, Baltasar Kormákur. Seasons one and two aired in 2015-2016 and 2018-2019, with the third season due for release in late 2021. In the first season, the town’s fictional residents become trapped – hence the name – as heavy snow blocks the road out of the fjord, which actually happened several times to the cast and crew during filming. It’s a dark but engrossing watch – and you’ll be sure to recognise plenty of locations as you stroll through Siglufjörður. 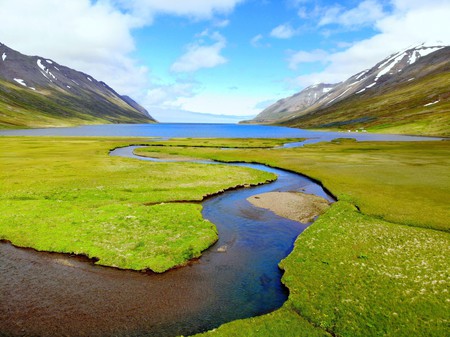 Witness mindblowing nature at a creek like this near Hedinsfjordur, Iceland | © Khairil Azhar Junos / Alamy

Take a walk along the main street towards the northern end of town and you’ll come across Frida – an artisan chocolate shop within a quirky art gallery – named after the woman who founded it in 2016. All the chocolates are handmade on-site, with a variety of delicious flavour combinations: including cranberry and sea salt, caramel and apricot and liquorice and sea salt. It’s also a cosy place to enjoy a hot drink and a slice of freshly baked cake while admiring the intriguing decor.

Interested in visiting Iceland? You can do so as part of a small group of culturally curious travellers on Culture Trip’s specially curated small-group Iceland trip – led by our local insider.