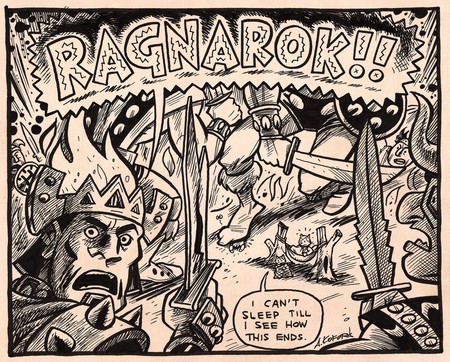 Norse mythology is a weird and wonderful world of warring gods, giants, and the odd elf sighting, but lots of the stranger elements have been much misrepresented in popular culture. Consisting of a world made up of a giant tree called Yggdrasil, two factions of Gods – the warrior Æsir and the fertility Vanir – all counting down to the end of days, Ragnarök, Norse myth is way more interesting than any old Roman legend. Here are the coolest episodes in Norse mythology that Marvel Studios didn’t give you. 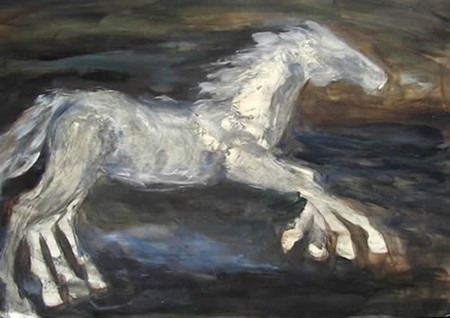 Loki’s Dalliance with a Stallion

Vilified Loki is now a cult figure in popular culture due to the Marvel Studios movies, but in Norse mythology he is known for his gender shifting tendencies and less serious, but just as annoying, trickster nature. This famed episode in Norse myth is one of the few in which Loki’s wily nature actually serves to help out the Æsir, the group of gods to which he pertains. After convincing the Æsir to contract a giant to build their fortress in an insanely short amount of time, with Vanir Goddess Freyja’s hand in marriage serving as the wager, the gods soon come to realize that this is a bet they will lose and threaten Loki with death should he not resolve their little dilemma. Gender bending Loki puts his talents to good use and transforms himself into a mare to distract the giant’s stallion Svaðilfari one night when he’s trying to collect stones for the completion of the fortress. The deceit works like a charm and delays the giant’s progress so much that he loses the bet and Freyja is saved from her fate. However, things don’t end as smoothly for Loki, as he becomes pregnant and later gives birth to an eight legged foal named Sleipnir. Odin, the leader of the Æsir, seems unfazed by this development, and takes on the ‘best of all the horses’ Sleipnir as his own personal steed. 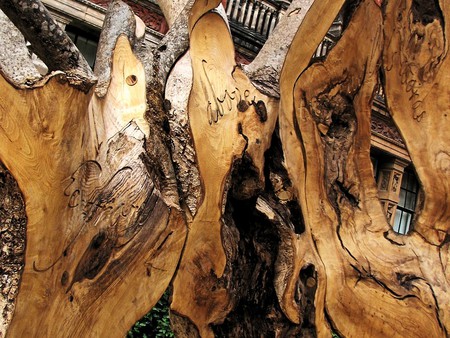 Described as an ‘embellishing detail,’ Ratatoskr the squirrel is a quirky little character who makes a brief appearance in both the Poetic and Prose Edda, in Grímnismál and Gylfaginning, respectively. The Poetic Edda is a compilation of anonymous Eddic poetry thought to have been put together by the writer of the Prose Edda, Snorri Sturluson, and is often referenced in the body of the Prose Edda as a source for Snorri’s mythological writings. Unsurprisingly, not thought worthy of inclusion by the creators of the Marvel movies, this minor character spends its day running up and down Yggdrasil the World Tree and delivering messages allegedly consisting of ‘slanderous gossip’ from the eagle at the top to Nídhöggr, the worm at the bottom. With a name translating to something along the lines of ‘drill-tooth,’ this character could have had a greater role to play in the canon of Norse myth, but alas, the poor talking squirrel is put to use as nothing more than a gossip carrier. Marvel did make Ratatoskr a protagonist in their imaginatively named comic The Unbeatable Squirrel Girl, however. 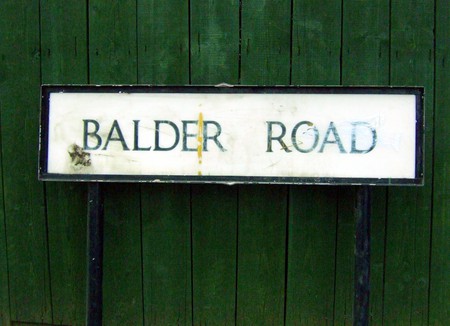 OK, so Baldr is included in the world of Marvel myth, but it’s his unintentionally entertaining funeral that deserves some recognition, as Snorri’s account in the Prose Edda is more than a little comical. Baldr was an all-round good guy in Norse mythology but met a tragic death-by-mistletoe end at the hand of his blind brother Hermóðr, but not without some meddling influence on the part of Loki. As tragic a death as it was, his funeral is replete with touches of comedy that make Snorri’s mythical Edda so intriguing. First of all, his wife literally explodes with grief over the loss of her beloved husband, and then an angry Thor kicks an unfortunate dwarf onto the funeral pyre. Imagine that the next time you’re watching Chris Hemsworth swinging around Mjǫllnir in the cinema. 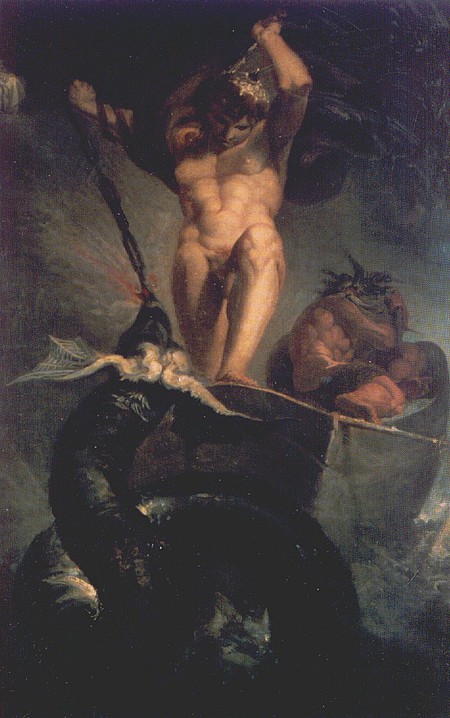 Back to reliably odd Loki and his adventures in multi-species breeding and gender swapping. As well as Sleipnir, Loki is also the proud paternal figure to three other monstrous offspring: Hel, the guardian of the Norse underworld, Niflhel; Fenrir – a name True Blood fans might recognize – a gigantic, fast-growing wolf who is destined to kill Odin during Ragnarök; and finally Jǫrmungandr, otherwise known as the Midgarð Serpent, an enormous snake and bitter nemesis of Thor who encircles the whole world and can bite his own tail. Thor in fact attempts to kill the Midgarð Serpent during a fishing trip with a giant called Hymir – so much for getting away from the stress of being an Æsir for an evening. After pulling the serpent onto the boat, he attempts to kill it with Mjǫllnir, but Hymir cuts the line before he gets chance. While Marvel Studios may not have picked up on this episode, the Swiss painter Henry Fuseli certainly did, in his 1790 painting entitled ‘Thor battering the Midgarð Serpent.’

Moving away from the powerful, masculine Thor we know and love in popular culture, to a more feminine side to him that you won’t see depicted by Marvel Studios. ‘Thyrmskvitha,’ a poem in which Thor and Loki take center stage, details Thor’s realization that his beloved – and definitely not phallic – hammer has been stolen and hidden by Thrymr, who will only return it if he can marry Vanir Freyja. Poor Freyja really is the subject of some unwanted attention in Norse mythology. Loki convinces Thor to dress as Freyja, right down to wearing Freyja’s famed necklace Brísingamen, and trick Thrymr into giving back his hammer. Of course Loki joins him dressed as a handmaid, because why the heck not? Thrymr is mighty confused that beautiful Freyja looks so, well, mighty all of a sudden but still agrees to marry her/him. This is a move he shall soon regret, as immediately after placing Mjǫllnir on her/his lap, Thor beats him to death with it. 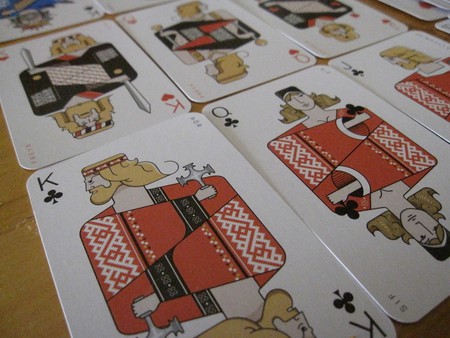 Odin, also known as All-Father, despite being the leader of the Æsir in mythological Norse source material, is a god who takes a secondary role to hunky, blonde Thor in Marvel Studios myth, which is arguably more akin to his barely worshiped status in pre-Christian Iceland. In any case, he’s known for practising an especially female form of magic known as seiðr, and for only having one eye. This is because he sacrificed his eye in return for a sip from the Mímisbrunnr, the well of wise deity Mímir, whose water granted foresight. However, this new knowledge was not all rainbows and sunshine for Odin, as he learned of his and all of the Æsir’s and Vanir’s inexorable fates at Ragnarök, the end of days.