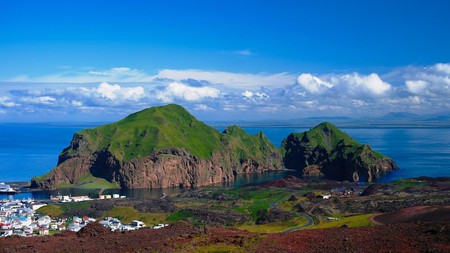 Iceland is more than just gorgeous landscapes, scenic waterfalls and black-sand beaches – it’s home to some of the most beautiful cities and towns in the Nordic countries, ready for you to explore.

Want to see it all with a local expert at your side? You can visit the Blue Lagoon, tour the Golden Circle and have the chance to spot the northern lights with Culture Trip on our specially curated, five-day Iceland adventure.

Iceland’s capital and largest city has a captivating colour and charm. Located right on the coastline, Reykjavik is thought to be the first permanent settlement in Iceland. The city has been the capital since the 19th century when Iceland began to move towards independence from Denmark, which it received in 1918. Nowadays, Reykjavik is known for being exceptionally lively, especially during the long summer nights when the sun doesn’t set. It’s also the best place to come if you want to check out Iceland’s thrilling music scene. 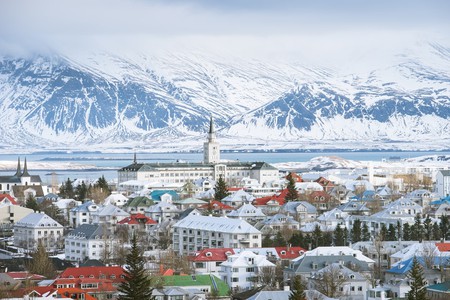 Akureyri is renowned for the beauty of both the town itself and its natural surroundings. It grew in size thanks to its naturally ice-free harbour and favourable conditions for agriculture. There are a number of interesting cultural and historical museums in the centre, but the real must-see is the Botanical Garden, which contains almost every plant that grows in Iceland. Depending on when you decide to come, there’s also a good chance that you’ll catch one of the town’s many concerts, festivals, and exhibitions. 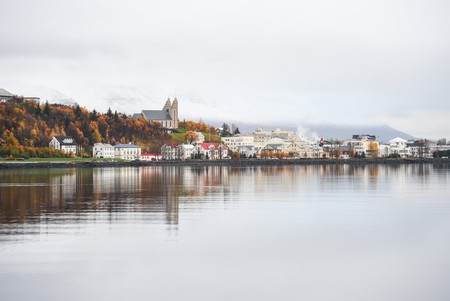 The story goes that Húsavík was the site of the first settlement in Iceland, when a viking came for the winter and then left, leaving behind a man and two slaves who would go on to build a farm there. Now, it’s one of Iceland’s key tourist towns – not least because it starred as the setting of Netflix comedy Eurovision Song Contest: The Story of Fire Saga – but also because it’s a great place to come for whale watching. Multiple species can be found at the bay, and you can also visit the Húsavík Whale Museum after you’ve seen one in real life.

As the biggest town in northeast Iceland, this is also a great branching-off point for some of the country’s best hiking trails. Many are even passable during the snowy winter months, so don’t shy away from seeing Iceland put on its winter finery. 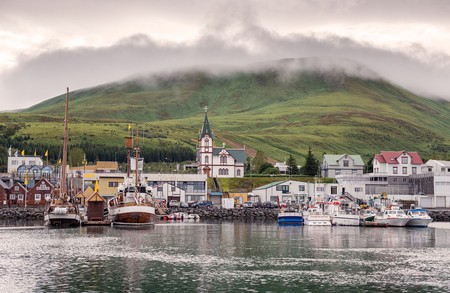 Vík is the southernmost village in Iceland, and fewer than 200 people are fortunate enough to call it home. The tourist industry is very well developed here due to the beautiful coastlines on which it lies. The sand on the beach is made of black basalt, as the village sits directly below an enormous volcano. You’ll also see the cliffs that make the village famous, as well as the sea stacks that rise up out of the water like ghosts. The town is little more than a small group of low buildings and a church rising up on the hill, but the memory of it all is sure to stay etched in your mind. 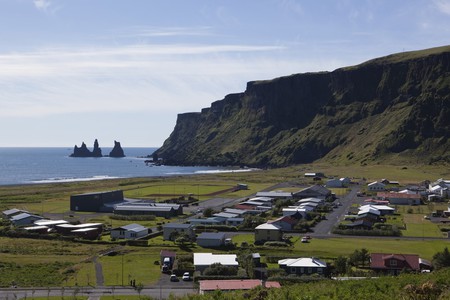 With its dramatic landscapes and quaint houses, Seyðisfjörður is one of the top places to visit in Iceland. The art scene here is particularly vibrant, and the town oozes with creativity. Seyðisfjörður’s inhabitants are extremely friendly and are always on hand to make you feel welcome. Besides all that, the town sits at the innermost point of a fjord, so you’ll also be able to go hiking around the soaring hills that rise up from the water. Without a doubt, the best place for hiking is around the town’s stunning cascading waterfalls. 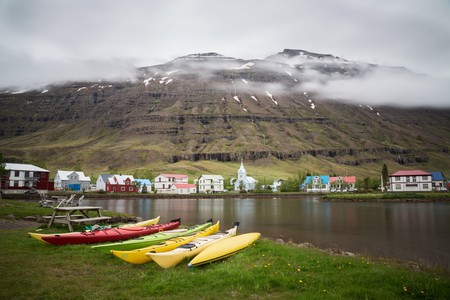 Possibly the best time to come to Siglufjörðuris in the winter, when you can engage in such winter sports as cross-country skiing, ice skating, and snowmobiling. In summer, you can also partake in all sorts of activities like golfing and fishing. One point of cultural interest is the Herring Museum, which will educate and inform you about how the pursuit of these fish led to great economic growth in the country. For a taste of Iceland’s rich musical heritage, the Folk Music Center is well worth a visit. 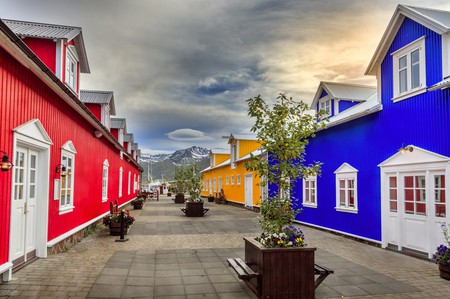 Colorful buildings in the village of Siglufjörður, Iceland | © Alexey Stiop/Shutterstock

Poetically enough, the word Kópavogur translates to “seal pup bay.” You might just see a seal pup yourself, but even if you don’t, you won’t be disappointed that you came here. Architecturally speaking, the most fascinating building is the Kópavogur Church, which rises up dramatically above the rest of the city. Located just outside of Reykjavik, Kópavogur is the second biggest community in Iceland with just over 30,000 inhabitants, and is currently undergoing rapid development. The beautiful Kópavogur Art Museum, which opened just 30 years ago, is a must-visit.

Also located just outside of Reykjavik, Hafnarfjörður is the third largest town in Iceland. It was once an important trading post in the Hanseatic League, and it has been inhabited at least since the 14th century. Nowadays, it’s a center of the Icelandic rock ‘n’ roll scene and home to a couple of great festivals, including the Bright Days festival, which takes places every year in May and June, and the Viking Festival, which aligns itself with the summer solstice. People visit from all over the world to celebrate and explore the town’s Viking past. Like most of the country, the area is also very geothermically active, and is home to three naturally occurring swimming pools.

Only about 30 miles to the southeast of Reykjavik, Selfoss is gradually becoming a sleeper community for the country’s capital. However, the town is much more than that. In the summer, the surrounding area is bucolic, making the city pop out. The bridge over the water cuts a dramatic profile, and the hill rising up augments the view. The best time to come is during Selfoss’s annual summer festival, when the local residents decorate the town and sell their homemade crafts and food. Another fun thing to do is to check out the nearby horse farm for a ride around the area. 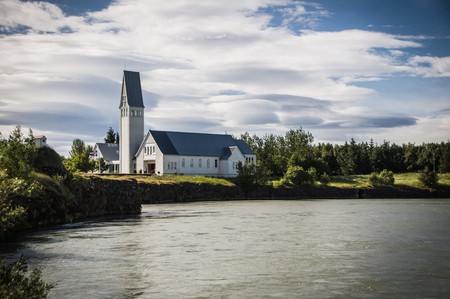 Just south of mainland Iceland, you’ll find the Westman Islands (or Vestmannaeyjar to the natives)—the name of both the town and the archipelago. Naturally, it’s a bit harder to reach this destination, but it’s well worth your while. The archipelago is made up of volcanic islands, with the town’s biggest island, Heimaey, the most beautiful and geographically fascinating. One of the major reasons that tourists come here, though, is to see the islands’ puffins, which are very common in the area. They are so common, in fact, that the colorful bird is the municipality’s emblem. 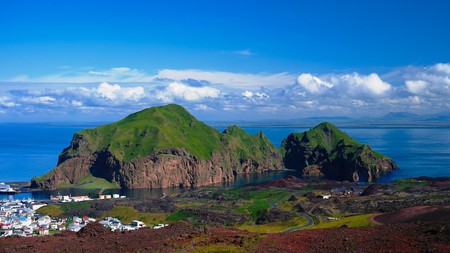 Ísafjörður is the largest town in the peninsula of Vestfirðir (Westfjords). The town hosts some of the best cultural events outside of Reykjavik, including the Ísafjörður Rock Festival, classical music festival Við Djúpið Music Festival, and the Fossavatn Ski Marathon – a ski race which has been held since 1935.