Olafur Eliasson’s The Weather Project, staged at London’s Tate Modern in 2003, was a groundbreaking installation that combined art with state-of-the-art technology. Since then, Eliasson has continued to create artistic environments that take over cities, and the senses of their spectators. We explore the philosophy behind the artist’s work, and investigate his dedication to science at the Studio Olafur Eliasson. 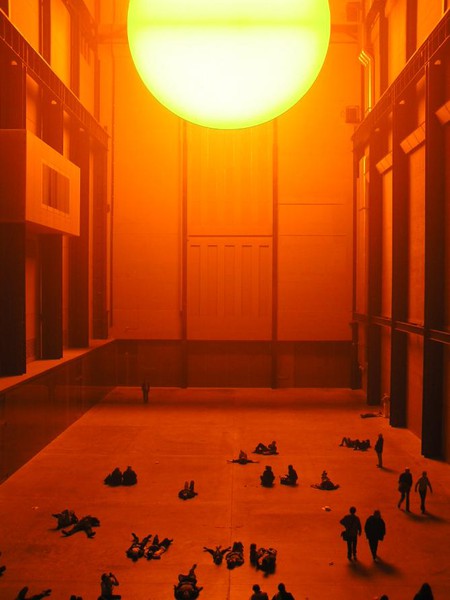 If London’s Tate Modern suggested extending the run of an exhibition in their iconic Turbine Hall exhibition space, most artists would jump at the chance. But not so for Olafur Eliasson and his smash-hit installation The Weather Project in 2003. The exhibition consisted of a false ‘sun’, constructed from yellow light behind a semi-circular screen below a mirrored ceiling, and fast became popular with the public for its mood-altering atmospherics and unusual appeal. It’s no surprise that the gallery wanted to hold on to a winner – but that wasn’t the point for Eliasson.’The time after a show is just as interesting to me,’ he said at the time, ‘because then it becomes an object of memory, and its meanings change.’

This matter-of-factness is typical of Eliasson, and is seen by many to typify his nationality and scientific-artistic interests. The Danish-Icelandic artist, best known for his large-scale installation art that employs elements of light, technology and scientific theory, was born in 1967 to Icelandic parents living in Denmark’s capital Copenhagen. His parents, an artist and a seamstress respectively, split up when he was three years old, and, when his father moved back to Iceland, Eliasson spent much of his time in the countryside there. In such beautiful surroundings and with an artistic father, Eliasson’s road to creativity could seem inevitable – but his first artistic endeavours were a little different from his later work.

In fact, Eliasson considers his first artistic work to be breakdancing. He told 032c in 2004: ‘In 1984, I was completely convinced it was art. Today, I doubt that. But my belief back then that it was art wasn’t bad in terms of the performative aspect.’ But soon his creativity was put to better use, graduating from the Royal Danish Academy of Arts in 1995 and beginning his laboratory-cum-workshop in Berlin the same year. It was also around this time that he began working with Einar Thorsteinn, the first of many experts who Eliasson would come to rely on for his complicated projects. Thorsteinn, an architect and geometry expert and former friend of Buckminster Fuller, helped Eliasson create 8900054, a stainless-steel dome 30 feet (9.1 m) wide and 7 feet (2.1 m) high, designed to be seen as if it were growing from the ground. 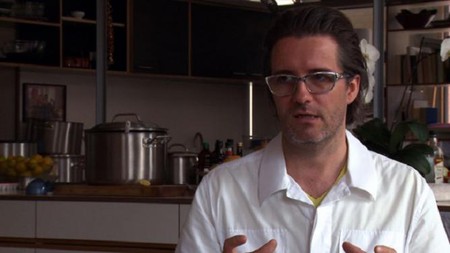 Since then, Thorsteinn’s expertise has been incorporated into many of Eliasson’s best-known works, such as his geometric lamp pieces, as well as other projects. And he’s not alone – other specialists the artist has worked with include landscape architect Gunther Vogt for The Mediated Motion, and architecture theorist Cedric Price for Chaque matin je me sens différent, chaque soir je me sens le même. Nowadays, Studio Olafur Eliasson is a laboratory for spatial research, employing over 30 architects, engineers, craftsmen and more to construct the artist’s high-profile installations. And it’s these larger pieces that in recent years have made Eliasson’s name worldwide.

One project, The New York City Waterfalls, led Eliasson to create man-made waterfalls in the city’s harbour ranging in height from 90 to 120 feet. Running from 26 June to 13 October 2008, at $15.5 million it was the most expensive public arts project since the installation of The Gates in Central Park by Christo and Jeanne-Claude. Another of these blockbuster exhibitions was of course the aforementioned Weather Project, part of the Tate’s Unilever series. A huge technological undertaking, aside from the lights with which he made the sun, Eliasson also used a humidifier to create a fine mist in the air from a mixture of sugar and water to complete the effect. 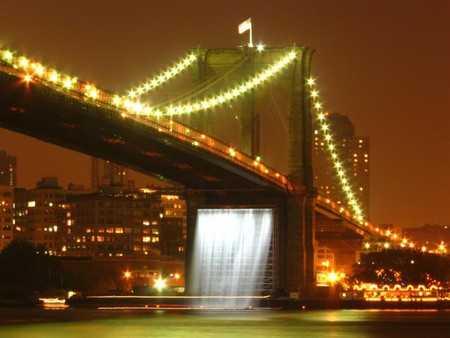 This fascination with light, science and the elements is a central theme to Eliasson’s work. In Room For One Colour (1998), visitors found their perceptions altered and colours warped in corridors lit by yellow monofrequency tubes. 2002’s 360 degrees Room For All Colours took this even further, with Eliasson creating a round light-sculpture that gives participants the sense that they are being engulfed by intense light, losing all sense of space and perspective as they are absorbed into the piece. Eliasson’s interest in weather conditions and perception also continued in 2010’s Din blinde passager (Your blind passenger), commissioned by the Arken Museum of Modern Art. The piece is a 90-metre tunnel that fills with dense fog as the visitor enters to simulate blindness. With visibility reduced to just 1.5 metres, participants are forced to orient themselves through their other senses, therefore opening themselves up to greater perception more generally.

As noted before, it may strike that Eliasson’s work seems better suited to a man in a lab coat than an avant-garde artist – and he agrees. He told 32c: ‘That’s the major part of the work here in the studio. Experimenting, testing – playing, basically. At the same time, though, always keeping the same question in mind: What effect will this attempt have in a room full of visitors?’ However, in the same interview he also made clear that his methods to not diminish the artistic vision of his works. Take The Weather Project, for example: ‘I’m not interested in weather as a matter of science. I’m not a meteorologist or a botanist. I’m interested in people: how people engage sensually with the qualities of weather – rain, mist, ice, snow, humidity – so that through their engagement they may understand how much of our lives are cultural constructions.’ 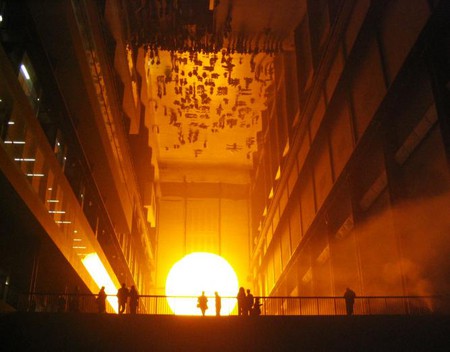 However, Eliasson’s work may retain more key scientific ideals than he readily admits to. His works are spectacles, big, brash and populist. They entertain and thrill the masses – but they’re not conjuring tricks, and he wants people to know that. Before The New York City Waterfalls, Eliasson created a piece in 1998 called Reversed Waterfall, which flows backwards uphill. Quite the spectacle – but Eliasson didn’t want it to be a mystery. The awkward, ugly system of troughs, pumps, spouts and more was clearly visible, an act of candour that has continued throughout his work. Similarly, when it came to The Weather Project he was adamant that he was not just creating a convincing illusion, letting visitors see the seams between the mirrors and the screens that created the light effect.

Fundamentally, Eliasson’s remit is to tear down those mirrors. With the help of experts, laboratory conditions and the trappings of scientific discovery, he creates spectacular sights that are pure magic – but his work is truly an investigation of how that magic works. Humanity’s impression of what they see is susceptible to a variety of outside factors, from lights and atmospheric conditions to the background that conditions us. Eliasson’s work draws out the scientific methodology for why we are the why that we are – all that we see and may think we know. It’s no coincidence that this most imaginative of artists is also one of the most practical.