Man Takes the Most Beautiful Proposal Picture Under the Northern Lights 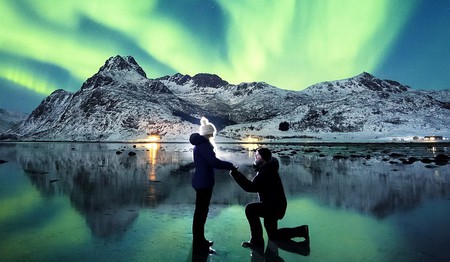 A doting fiancé from Australia proposed to his girlfriend under the Northern Lights and we literally can’t even. Dale Sharp, 34, popped the question to his long-term girly Karlie Russell, 29, in front of the magical Aurora Borealis. Funny thing is, is that it’s the second time he has tried to pop the question – Karlie foiled the first attempt last year when she accidentally chucked the ring away (major face palm).

The landscape photographers (yes, that’s why the picture is so perfect) took the now-famous (and breathtaking) picture in the very epicentre of the Arctic Circle. 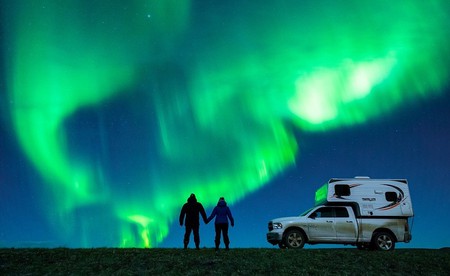 Dale told the Daily Mail: “I hadn’t heard or seen anyone do it before, and I wanted to do something different from everybody else.”

“We both love chasing the Northern Lights and photographing them together. So it seemed pretty fitting,” he continued.

Dale first proposed while on a trip to Iceland last year, but his attempt failed when the couple found their luggage was overweight. What did Katie do? She binned the hand cream to get under their baggage allowance. Little did she know that a £3,291 ($4,000) ring was hidden inside #ouch.

After discovering Karlie had binned the ring, Dale worked hard to save up money for a new one.

All the saving was worth it in our eyes.