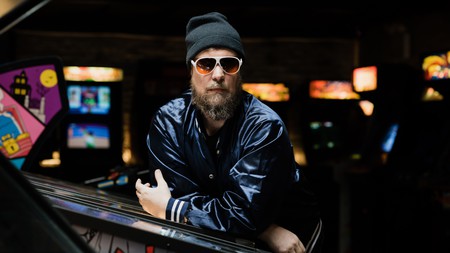 It might seem strange to ask an American about Icelandic music, but John Grant has lived in Reykjavík for years, and few people know more about the scene. Here, the award-winning musician (and semi-official cultural ambassador) talks us through what makes the country’s music so special and picks out five local acts you need to hear.

In a former filmmaking facility in the centre of Reykjavík sits John Grant’s studio. Inside, there are stacks of keyboards and synthesisers. His favourite album artwork lines the walls – Devo, Visage, Nina Hagen, Yello, Blancmange. Glowing lamps, thick curtains and a comfy sofa help create an atmosphere cosy enough to counter the cold of the snow-covered streets in winter. “It’s kind of like home here, and I just sit and make incredible sounds,” he says.

Grant – a critically revered and commercially successful solo artist whose music defies easy categorisation – was born and raised in the US, but for the last eight years, he has called Reykjavík home. A keen student of languages who can speak Russian, German, Spanish and now Icelandic, Grant was drawn in by the uniqueness of the place. “I came here to perform and was really intrigued by it,” he says. “I was very excited by the language and it still gets me excited. It’s very complicated and quite strange.” His favourite local saying is, ‘That’s not up in the nostril of a cat’, which means, ‘That’s not much of anything’. 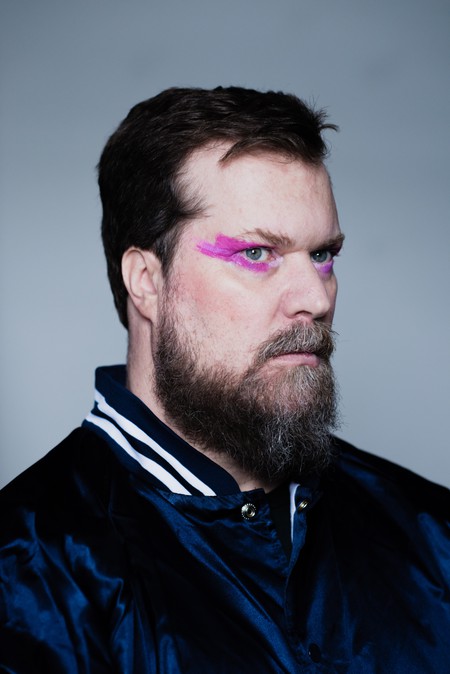 As well as the language, Grant became enamoured of the culture and the people. “It’s definitely a vibrant place to be based,” he says, alluding to the rich musical history that has seen several world-conquering artists (such as Björk and Sigur Rós) emerge from the Reykjavík scene. But the city is also a reflective place for Grant. “It’s a good place to be if you enjoy getting away from the world. I go on tour a lot and that involves a lot of interacting; I get my fill of being in big cities, and I enjoy coming back to Reykjavík.”

When not in his studio, Grant can be found searching the racks at Lucky Records, where he recently held his birthday party (he also recommends 12 Tónar and Smekkleysa). As for live music and nightspots, the best places include Boston “to hear great DJs”, Húrra for bands and Mengi, “a tiny place where they do interesting things”.

Reykjavík – and Iceland as a whole – may have a musical reputation synonymous with clean, crisp minimal sounds, but Grant says that the reality is much more diverse than people imagine. “I think there’s a lot here that people are unaware of because it doesn’t take on the guise of something like Björk or Sigur Rós,” he says.

“There are people doing all kinds of different styles here. It’s not just avant-garde electronic stuff. There’s something for everyone – it’s all there for the taking: punk rock, metal, poetry, ’90s emo power pop, choirs, jazz, blues. Further afield there are even bands like Hjálmar, who are at the centre of the Icelandic reggae scene. You think Icelandic reggae and maybe go, ‘Oh no’, but it’s good.” 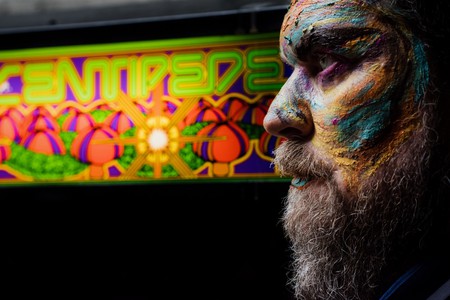 The Icelandic capital is a reflective place for Grant | © Shawn Brackbill

Grant’s love for the music of his adopted home town runs so deep that in 2017 he officially represented the scene abroad. As part of Hull’s City of Culture programme, the British city invited him to curate John Grant’s North Atlantic Flux, celebrating its historical links with Reykjavík. He turned Hull into a kind of Reykjavík-on-Humber, inviting artists such as electronic pioneers GusGus to perform.

Despite his constant travels around the world, Reykjavík is somewhere Grant remains proud to call home. “[Iceland] is very different than any other Scandinavian country I’ve been to,” he says. “The people are pretty easy-going and there’s lots of variety. I do feel part of the scene here – I’ve been very welcomed.” Who better to ask about the best Icelandic acts than this quasi-official ambassador?

Once known as Captain Fufanu, these guys used to be a duo that played techno. However, they’ve now ditched half the name, added a new member and a real drum kit and embraced guitars, to create a sound that merges rhythmic post-punk with the textures and atmospheres of electronic music. They’ve been invited by Damon Albarn to support Blur, while Nick Zinner of Yeah Yeah Yeahs produced their second album, Sports. Grant’s favourite, though, is 2018’s The Dialogue Series.

Hildur Guðnadóttir, the cellist behind the ‘Chernobyl’ soundtrack

Hildur Guðnadóttir is a classically trained cellist who has collaborated with experimental artists such as Pan Sonic, Sunn O))), Animal Collective and Throbbing Gristle. Most recently she’s been appearing on people’s radars as a result of her stirring and immersive score work on HBO drama Chernobyl. Grant says, “She sampled power stations and stuff to get the eerie vibe. I’m a big score freak and this would be a beautiful addition to your collection.” She’s also scored the 2019 film, Joker, starring Joaquin Phoenix.

Led by David Berndsen, this band create music Grant describes as “beautiful synth-electro, sort of like Gary Numan”. Featuring glistening synths and sparkling production, their sound is an unashamed celebration of 1980s electronica that is influenced by The Human League and Soft Cell.

Kælan Mikla, beloved by The Cure and Placebo

Grant loves Kælan Mikla for their “gothy darkwave-type sound”, and he’s not alone. They’ve been hand-picked to support the kings of goth themselves, The Cure, as well as bands such as Placebo. The trio merge moody synths, angular guitar lines, atmospheric post-punk and darkly poetic lyrics. Fact magazine said, “Their rawness and charisma are enough to convert the staunchest non-believer in their direction.”