Iceland Vikings: The Women You Never Hear About 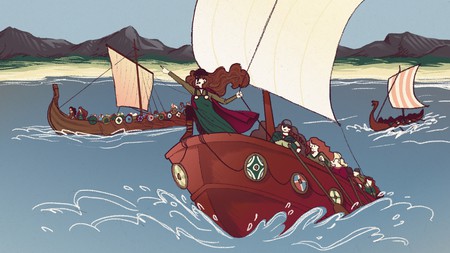 When you think about Vikings, you tend to picture men – fierce, bearded warriors with a penchant for pillaging. But, of course, islands like Iceland could never have been settled were it not for Viking women, who played an essential role that’s all too often overlooked.

When it comes to gender, 21st-century Iceland is one of the most egalitarian societies on the planet. After all, it’s the country that elected the world’s first female president (Vigdís Finnbogadóttir, who was head of state from 1980 to 1996), a country whose citizens enjoy one of the best parental leave policies anywhere in the world, and whose government has a dedicated Ministry of Gender Equality. But while parity in terms of pay and opportunities is now a huge part of Icelandic society, this wasn’t always the case. 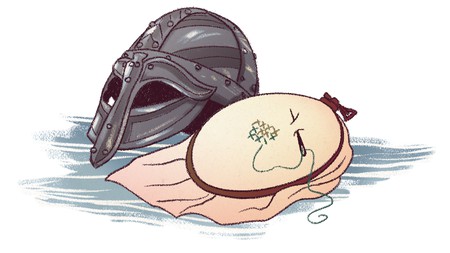 The country’s early Viking history is often told through Icelandic Sagas – Medieval texts that relay tales of bloody wars and epic adventures and of heroic deeds and tragic losses, almost all of which centre on men. And yet, although it’s rarely mentioned, there were also Viking women who took part in the exploratory expeditions, fought in the battles and even commanded ships and crews of their own.

Of course, this wasn’t hugely common. In Viking society, as elsewhere in Medieval Europe, men expected to do all the trading, governing and fighting, while women were in charge of home life. Most female Vikings cooked, cleaned, cared for the children, made clothes for the household and looked after elderly relatives who lived with them.

Viking women weren’t entirely powerless, however. “They played an influential role when it came to settling feuds and relations between families,” says Sverrir Jakobsson, a professor of Medieval history at the University of Iceland. Not only that, but women “could own land independently, and could even divorce their husbands under certain circumstances”. And while there aren’t many who broke out of these stringently imposed gender roles, there were a few women who took their freedom even further. Here are three such outliers – Viking women whose role in history deserves to be celebrated. 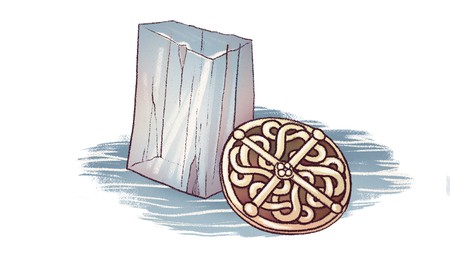 While it was mostly men setting sail for Iceland during the settlement era, Auður Ketilsdóttir commanded her own vessel on the journey. “[Ketilsdóttir] is an example of a woman in an unusual position, as she was a widow who had to take on a man’s role. She is counted among the first settlers of Iceland, although those honoured with that title were men,” says Jakobsson.

Her command included 20 men and roughly 40 slaves, all of whom she released and gave land to upon arriving in Iceland. Unlike many Vikings, Ketilsdóttir was a Christian, and famous not just for being a strong leader but also a kind and merciful one. It was yet another way in which she was ahead of her time – it wasn’t until after her death around AD 900 that Christianity replaced the worship of traditional Norse gods in Iceland.

Þorbjarnardóttir plays a starring role in The Saga of Erik the Red and The Saga of the Greenlanders, two stories collectively known as The Vinland Sagas. These are the stories of the first Viking expeditions to North America, then known as Vinland, taking place in the 10th century. In both sagas, Þorbjarnardóttir perfectly embodies the adventurous spirit of the Viking explorers and is present at the short-lived settlements in North America, alongside the famed explorer Leif Erikson.

While little is known about her actual achievements (the sagas of her travels were composed between 250 and 300 years after the expeditions), Þorbjarnardóttir has a celebrated status in the stories thanks to her descendants. “[Þorbjarnardóttir] was the ancestor of three bishops and thus a celebrated figure in Iceland, which is why the memory of her travels to Vinland are so cherished,” says Jakobsson. 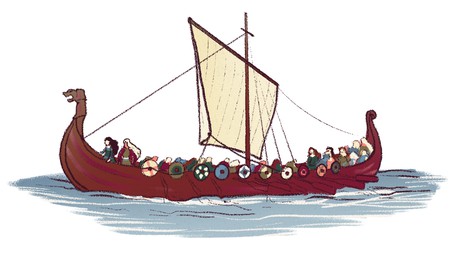 Another woman who appears in both of The Vinland Sagas, Freydís Eiríksdóttir was by all accounts a strong-willed woman and a fierce fighter. Yet the way she is portrayed in each of the two tales differs quite dramatically.

The Saga of Erik the Red describes Eiríksdóttir as a heroine who fought the Native Americans while on an expedition to North America. According to the saga, while her male counterparts fled the attack, eight-month pregnant Eiríksdóttir picked up a sword and stood her ground, showing up her shipmates with a display of such ferocity that it caused their attackers to retreat.

However, The Saga of the Greenlanders recounts a tale of treachery, telling the story of how Eiríksdóttir fought her two shipmates upon landing in North America. The fight led her husband to kill everyone on board except for five women who Eiríksdóttir slaughtered herself when the men refused to. Though it’s not known which story tells the truth, some argue that the second story was written in an attempt to discredit her.